The Chief Medical Officer Dr Tony Holohan has dismissed suggestions that the air travel industry will be returning to normal this summer.

He said it is 'not realistic' for people to expect a summer holiday this year.

It follows comments by Ryanair CEO Michael O'Leary on Monday, who claimed that the travel landscape was looking "remarkably optimistic" for the summer months.

He told Newstalk Breakfast: "The vaccines are coming, the UK will have vaccinated half their population by the end of March.

"Long haul will take longer, but Irish people and families will be booking and going abroad to Portugal, Spain, Greece and Italy this summer". 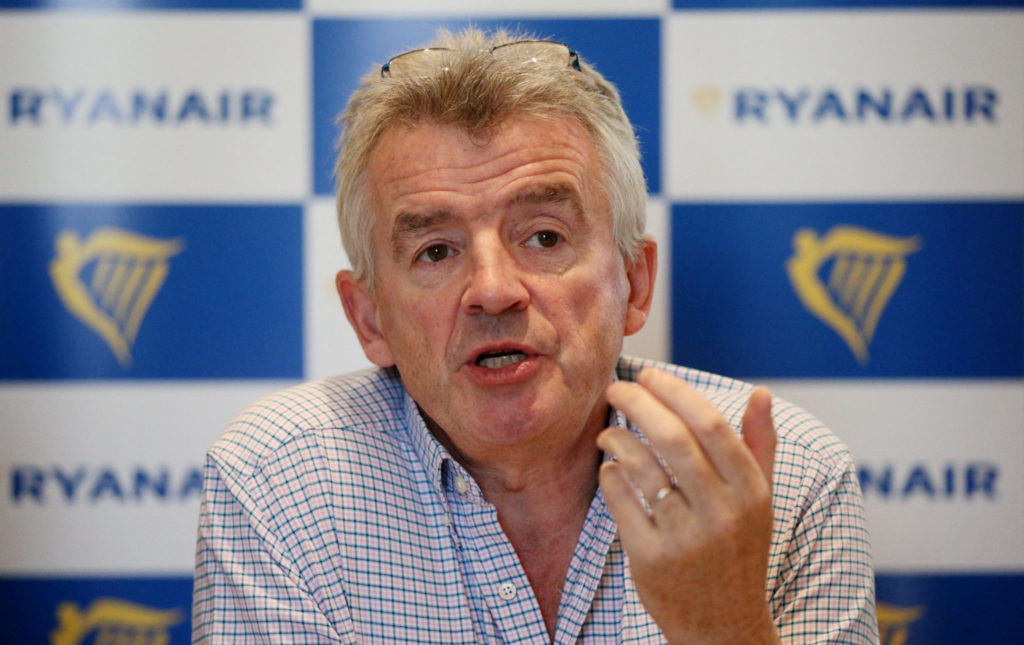 "Europe and Ireland are running a bit behind that, but we would expect them to have most of the over-50s vaccinated by the end of June.

"Then I think you'll see a return to normal travel patterns".

But speaking later on Monday, Dr Holohan said it is not likely that summer holidays will be possible.

"I don't think it's realistic for us to foresee a situation where, in the summer time this year, that we'll see a summer that's characterised by the kinds of things we'd all like to be in a position to do - which'd be to fly off to other parts of Europe and the world for our summer holidays.

'Nothing but admiration for Mr O'Leary'

"Our public health people have a duty now to get the vaccination programme rolled out.

"And instead of the daily dose of deaths and hospitalisations, it's remarkable they haven't yet decided on a daily basis to announce how many people were vaccinated", he said.

And Mr O'Leary dismissed being cricitised by Dr Holohan over Ryanair's 'Vax and Go' adverts, accusing NPHET of mismanaging the crisis.

"It may be harsh, but we deserve harsh treatment - I'm fed up listening to NPHET being eulogised on RTÉ.

"NPHET have repeatedly mismanaged this crisis, that's why we're in our third lockdown at the moment", Mr O'Leary added.

While Dr Holohan said he had 'nothing but admiration for Mr O'Leary', he would advise people against making plans to travel abroad.

"I think overall we'll stand over the processes, the information and the advice that we've given to the best of our ability over the course of the year.

"And I've nothing but admiration for Mr O'Leary and everything he's done for the airline industry and for this country."

Asked if he would encourage people to consider booking holidays, he replied: "I would not - our clear advice is that we recommend against all forms of non-essential travel for the foreseeable future".

Main image by Rudy and Peter Skitterians from Pixabay

Donnelly not aware of details of Holohan secondment - Watt

Ireland being run by untouchable and unaccountable civil servants - Murphy