Students around the world are expected to walk out of their classes as part of a global climate s...

Students around the world are expected to walk out of their classes as part of a global climate strike today.

Tens of thousands have already gathered in countries such as Australia, New Zealand, Hong Kong and the Philippines, with students in other cities around the world joining in throughout the course of the day calling for urgent action to tackle the climate crisis.

Organisers of demonstrations in Australia estimated 300,000 people gathered at rallies across the country earlier.

Here in Ireland, a number of organisations - including trade unions and charities - have thrown their support behind students organising today's action.

Two major rallies are planned for Dublin and Cork, with demonstrations also expected in more than 50 other towns.

Patricia King, general secretary of the Irish Congress of Trade Unions (ICTU), said her group is standing with students to send an "unequivocal message that climate action is needed now". 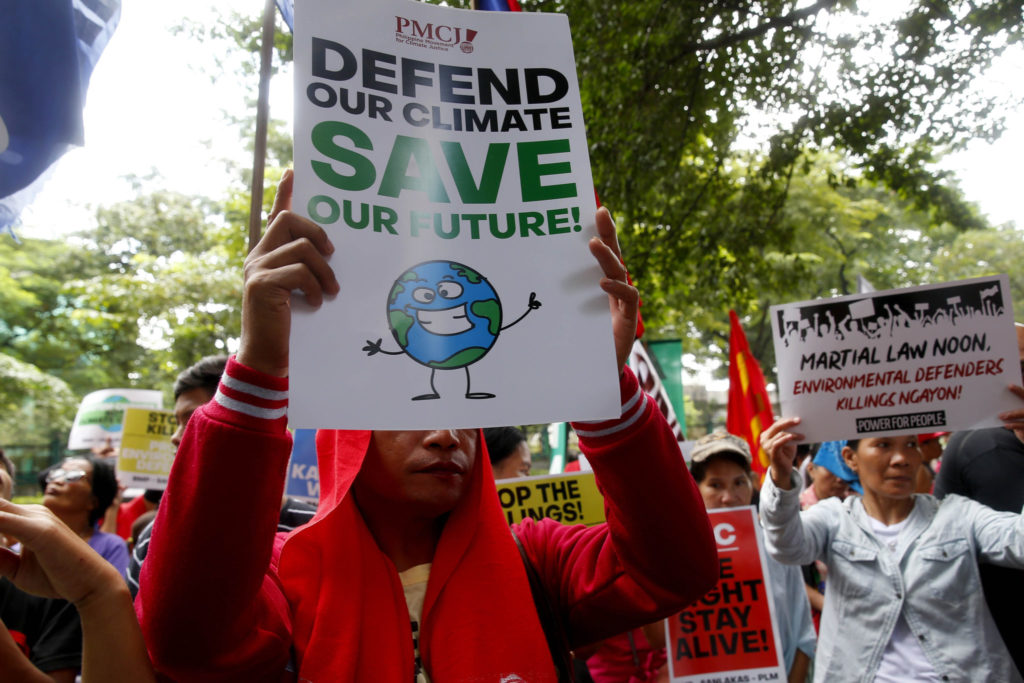 Environmental activists hold placards during a rally outside the Department of Environment and Natural Resources to coincide with the global protests on climate change Friday, Sept. 20, 2019 at suburban Quezon city, northeast of Manila, Philippines. Various environmental groups in the country are participating in what is expected to be the world's largest mobilization on climate change known as "Global Climate Strikes." (AP Photo/Bullit Marquez)

He argued: "This involves the Government taking on what it said it would do in the current emergency bill, and taking on some of the actions that were lined out in the Climate Action Plan that was released just a short couple of months ago."

He said the march in Dublin today will be beginning "at 12:30pm sharp" from Custom House Quay, and will end outside the Natural History Museum at Merrion Square.

In Cork city, students will gather at City Library before marching down Patrick's Street to South Mall and back.

Meanwhile, Climate Action Minister Richard Bruton - who will attend a UN climate summit in New York in the coming days - said he has heard the voices of students.

He has admitted government here haven't done enough in the past, but they're now working to correct that.

He said: "I think it is absolutely appropriate that we be called out on that, and the young generation is pointing the finger at us.

Main image: Thousands of protesters, many of them school students, gather in Sydney, Friday, Sept. 20, 2019, calling for action to guard against climate change. Picture by: Rick Rycroft/AP/Press Association Images