A delegation of Chinese inspectors is visiting meat plants across the country today as farmers co...

A delegation of Chinese inspectors is visiting meat plants across the country today as farmers continue their protests.

The delegation is inspecting the plants to decide whether to allow them export beef to China.

Protesters allowed the inspectors to pass the picket lines at plants in Kildare and Laois this morning, with further visits planned for later.

Edmond Phelan, President of the Irish Cattle & Sheep Farmers' Association said it was a "sensible compromise" to allow them through.

"What I did say to them was, with the Chinese inspections coming, it was very important that the inspectors were allowed to inspect the plant," he said.

"We do need these markets - especially with Brexit looming, every market is very important.

"As I said, every war ends at some stage and we do need the markets going forward. This war isn't over yet but we do need to ensure that we have markets for our livestock." 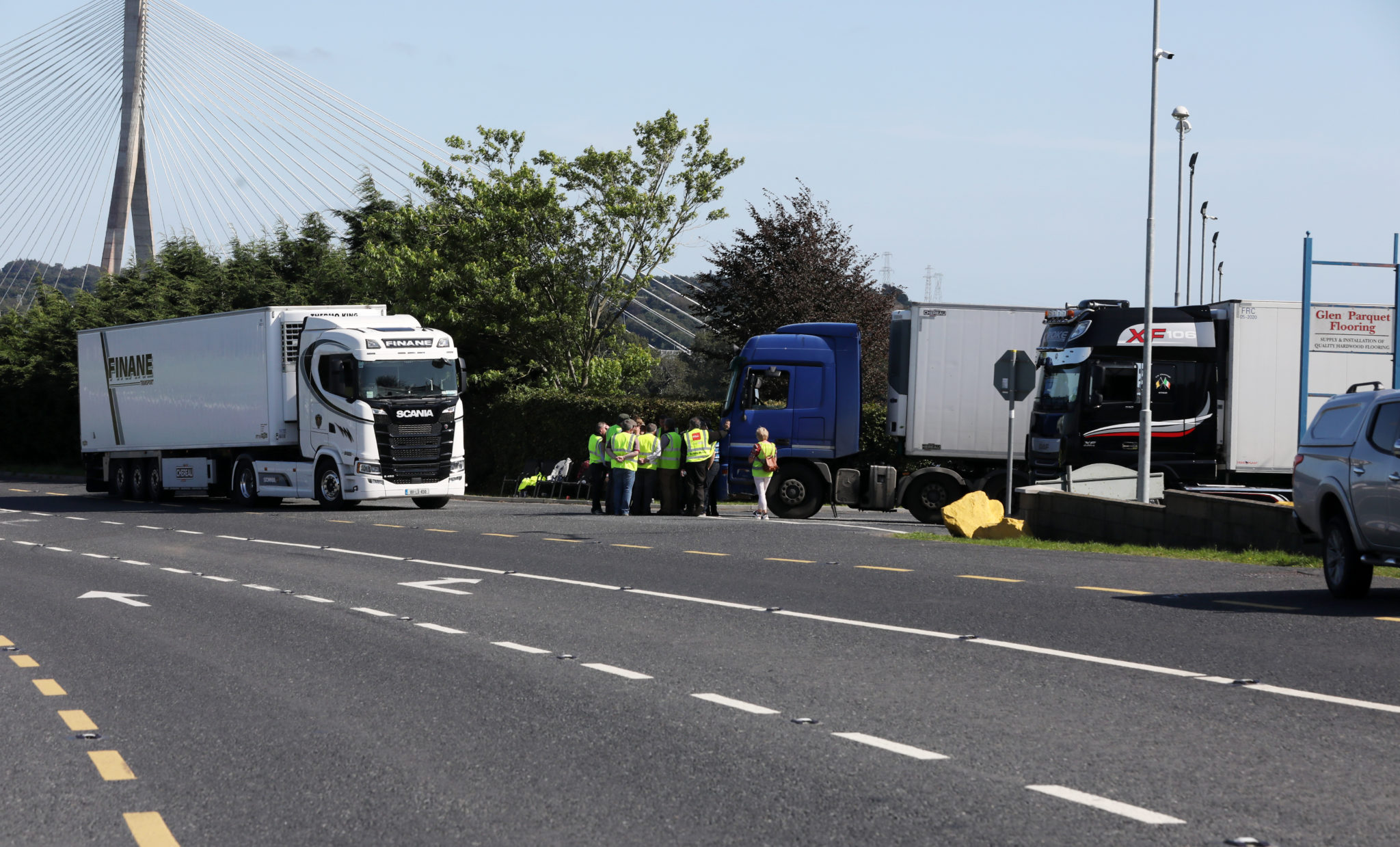 The farmers are protesting against the prices they are being offered for their beef - and are insisting that the prices on offer do not reflect the importance of their place on the production line.

The protesters are refusing to leave despite High Court injunctions against the demonstrations at four separate sites.

Earlier, IFA President Joe Healy said that, although the protests are not officially backed, no farmer facing legal action will be "left on their own."

The High Court will tomorrow decide whether one protester should be found to be in contempt of the injunction.

It is possible action will be taken against other protesters if the demonstrations continue.

Main image shows Gardaí in front of a group of parked trucks as farmers protest outside Dawn Meats plant at Grannagh on the Waterford/ Kilkenny border, 28-08-2019. Image: Eamonn Farrell/RollingNews