The mother of a four-year-old boy, who has been waiting two years for hip surgery, has said her s...

The mother of a four-year-old boy, who has been waiting two years for hip surgery, has said her son screams at night due to the pain.

Lewis Brown from Co Wicklow was born with spina bifida in 2017, with dislocated hips being very common with the condition.

His mother Jennifer told The Hard Shoulder her son has 'been through the mill'.

"Lewis is a beautiful, active boy, he's very happy - unfortunately at the moment he's suffering from a dislocated hip. 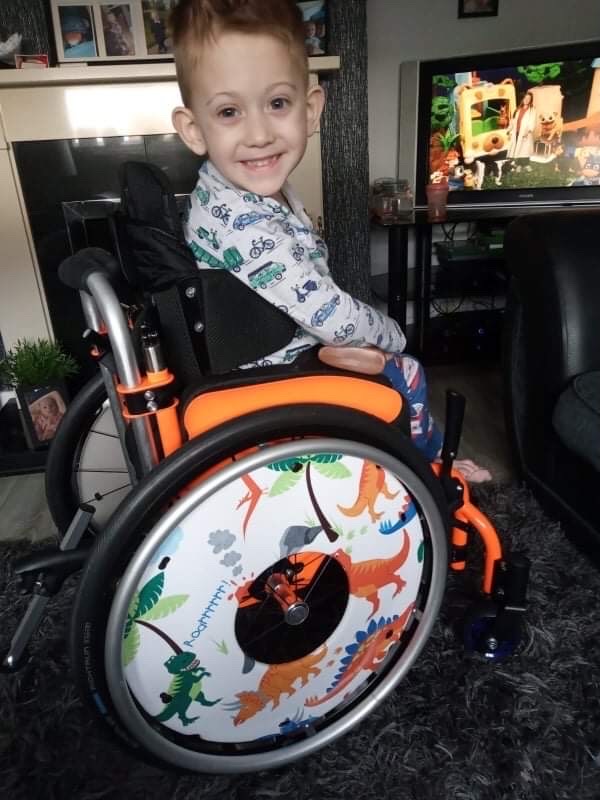 "We did have an appointment to talk about him being a good candidate for the operation, and I literally had to record Lewis' movements.

"Lewis was moving his legs, they told me that that shouldn't have been possible for him to move his legs.

"So back then the orthopedic surgeon was delighted and said 'he'd be definitely doing surgery this time next year' - which would be October 2019.

"And he went from a zero out of five to three out of five for movement, which was fantastic, and he got us very excited for this operation that would improve Lewis".

But Jennifer said the date came and went, with Lewis suffering a pressure sore for seven months.

"Besides Lewis being in his wheelchair, Lewis loves to play on the floor with his sister and unfortunately he cannot crawl due to the dislocated hip.

"So he has to bum-shuffle... and that caused a major pressure sore on his buttocks area - it was that bad you could see his tailbone.

"At that moment he was just a shell of himself: he got very sick, we had to keep him off the floor.

"The plastic surgeons told us we had to keep him up and lying down for several weeks, even months, to get it healed.

"And how can you explain to a three-year-old child, at the time, 'I'm sorry you can't go and play with your sister?'"

Jennifer said the sore has since healed, but the hip is still causing him pain.

"Now he's better and we got the pressure sore under control, and now every time he wants to be active with his sister he can get on the floor and climb them stairs, after them he's crying out with the pain of a dislocated hip".

"He hasn't slept for two years, every night we have to go in and we have to reposition him every single night and it's just been extremely hard.

"We get woken up from 12 o'clock onwards and it's got to the stage that I have to stay in with him and reposition him all the time in the bed.

"We all haven't slept properly in two years".

"He is fully aware: he's in discomfort, he screams at night, he tells us that he's sore, he points to the right hip.

"For a child that has spina bifida, apparently, he shouldn't be able to feel this - but my son does." 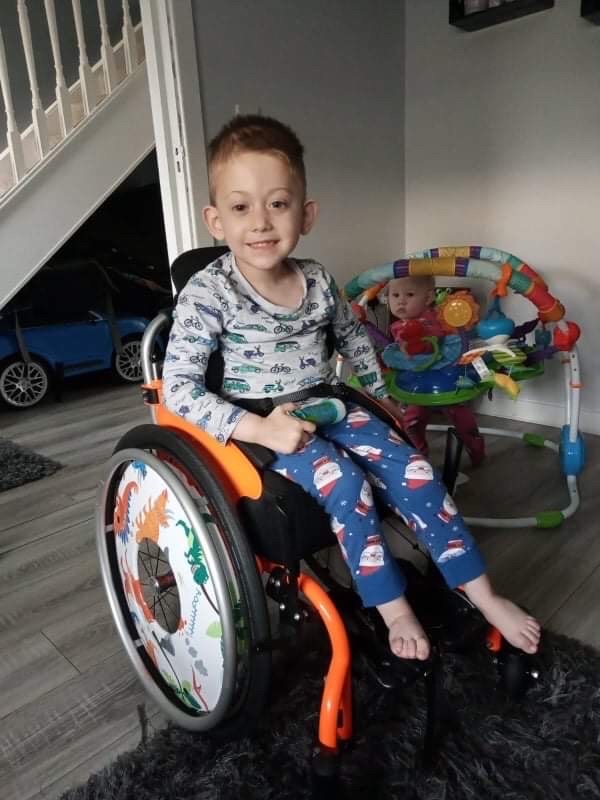 Asked about the delay, Jennifer said she has been in touch with several different people.

"I rang and e-mailed several times when we were promised that date for January 2021 that he'd be first priority back in October 2020 in that meeting with the orthopedic surgeon.

"He told us that we'd get a letter in the door at Christmas time for a date for Lewis for January 2021.

"We waited and nothing arrived - I e-mailed and I rang and I was getting passed to different departments.

"I did get in contact with a lovely woman from risk management, and she did say to me that they will be holding a meeting regarding Lewis at 2 o'clock and she'll get back to me.

"After the meeting was finished I e-mailed her... and she did ring me back to say that they did discuss it with the orthopedic team and hopefully we'll hear soon.

"That was, I think, early February".

Jennifer added she now feels like she is just getting excuses: "It's been excuse after excuse - and then when we were promised the surgery, still nothing".

In a statement, Children's Health Ireland (CHI) said: "CHI sincerely regret that children and their families are experiencing long waiting times for their appointments.

"COVID-19 has created a significant challenge to CHI as inpatient waiting times have increased and demand for surgery for urgent semi-urgent and time sensitive cases has steadily increased through the year.

"We are working with the HSE on our plans to set up extra clinics and sessions in the evenings and at weekend and to secure investment in additional MRI and other scanning equipment.

"For orthopaedics, we are expanding our activity in Cappagh Hospital and subject to HSE funding in 2021, expect to make an impact on orthopaedic long waiters and within that reductions in waiting times for children with scoliosis.

"We are also running additional orthopaedic clinics in City West, using a new active clinical triage model, which is reducing the number of children waiting the longest for appointments.

"CHI continue in partnership with the clinicians and all other stakeholders, the plan for 2021 is to drive further progress in reducing waiting times by developing a sustainable model which will ensure that clinical criteria will determine the timeframe for the delivery of care."