The world has been marking the 33rd anniversary of the Chernobyl nuclear disaster. A routine 20-s...

The world has been marking the 33rd anniversary of the Chernobyl nuclear disaster.

A routine 20-second shut down of the system on April 26th, 1986 seemed to be another test of the electrical equipment.

But seven seconds later, a surge created a chemical explosion.

This explosion released nearly 520 dangerous radionuclides into the atmosphere.

The force of the explosion spread contamination over large parts of the then-Soviet Union - now the territories of Belarus, Ukraine and Russia. 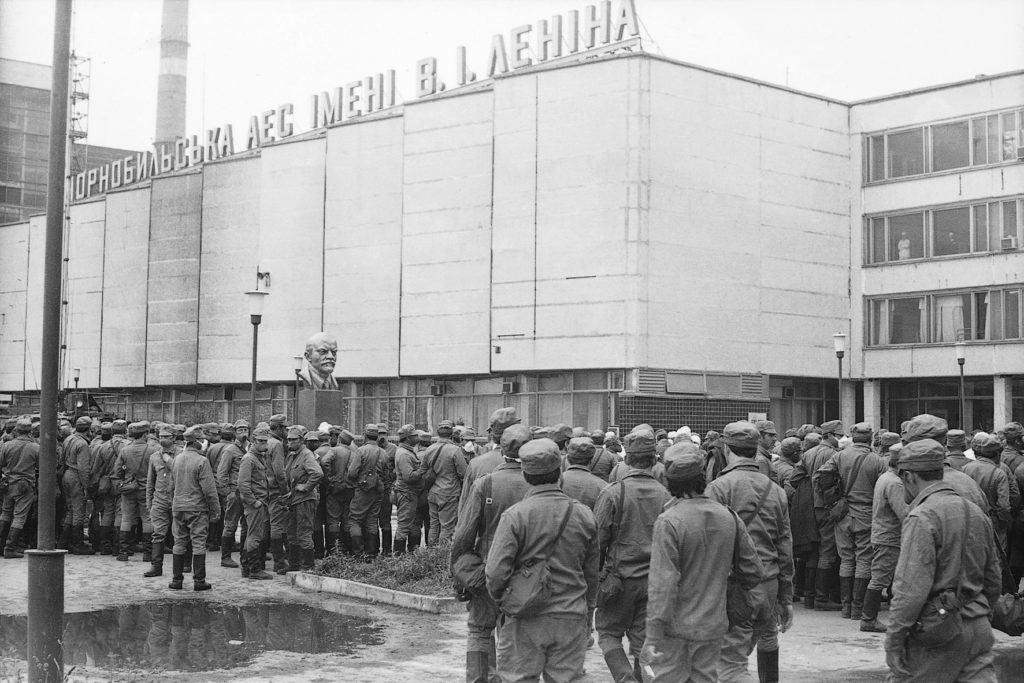 After the accident at the Chernobyl nuclear power plant, thousands of Soviet soldiers assist with the cleanup in May 1986 | Image: UN Photo/Oleg Veklenko

Based on the official reports, near 8,400,000 people in Belarus, Ukraine and Russia were exposed to the radiation - which is more than the population of Austria.

About 155,000 sq. km of territories in the three countries were contaminated, which is almost half of the total territory of Italy.

Agricultural areas covering nearly 52,000 sq km, which is more than the size of Denmark, were contaminated with cesium-137 and strontium-90, with 30-year and 28-year half-lives respectively.

Nearly 404,000 people were resettled but millions continued to live in an environment where continued residual exposure created a range of adverse effects.

Charity founder and activist Adi Roche has been speaking at United Nations headquarters in New York at a commemoration for the Chernobyl victims, ahead of the debut of HBO and Sky's new 'Chernobyl' mini-series.

The show dramatises the 1986 nuclear accident, and brings to life the true story of the men and women who made incredible sacrifices.

The Permanent Missions of Belarus, Ukraine and Ireland to the United Nations - in collaboration with Chernobyl Children International - is hosting the event to honour the victims of the disaster and to recognise the cast and crew of the mini-series.

Roche, who first responded in the immediate aftermath of the 1986 Chernobyl accident, has said she is grateful for the awareness that is being raised as a result of the new series.

"The upcoming mini-series sees Chernobyl as never articulated before.

"It is helping us to see Chernobyl with fresh heart, fresh understanding, fresh compassion…retelling the story to a new and wider audience like never before." 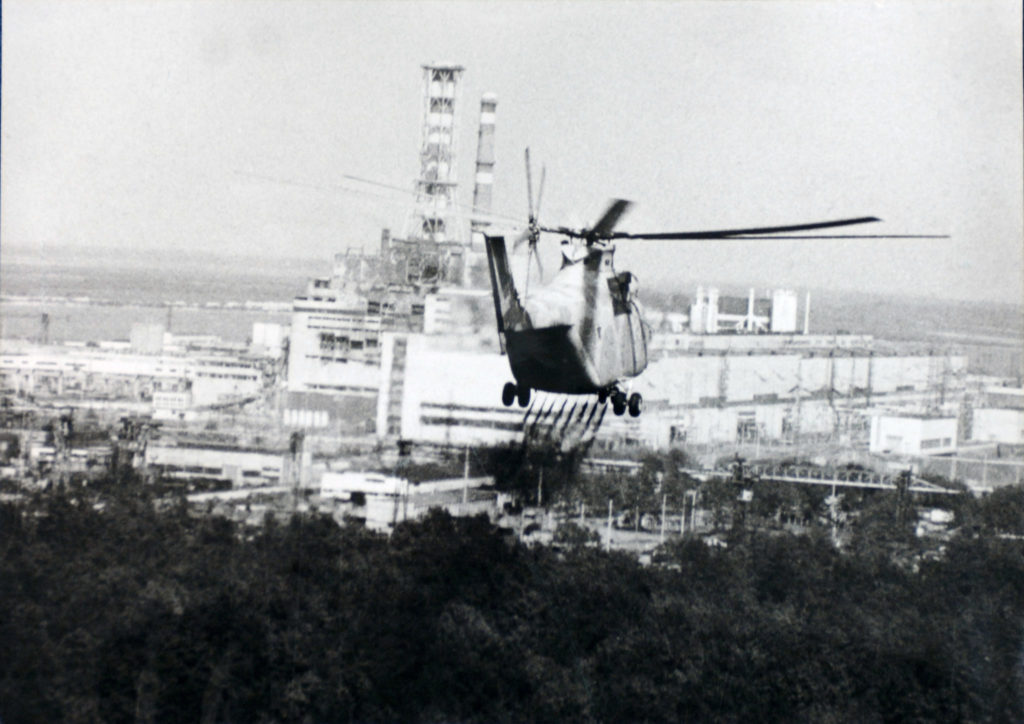 A helicopter moves in to help experts check the damage to the Chernobyl nuclear power plant reactor in April 1986 | Photo courtesy of the Ukrainian Society for Friendship and Cultural Relations with Foreign Countries | Image: UN Photo/IAEA

Ms Roche has been speaking at the UN exactly three years after her address to the General Assembly, which resulted in the designation of April 26th as 'United Nations Chernobyl Disaster Remembrance Day'.

President Michael D Higgins was the first world leader to offer his support to the proposal for 'United Nations Chernobyl Disaster Remembrance Day'.

Marking the day this year, President Higgins wrote a message, which has been read out at a ceremony at the UN.

He wrote: "As President of Ireland, may I, on behalf of the Irish people, join those across the world who today remember the great tragedy of Chernobyl.

"The 26th April 1986 was a day when a dark shadow was cast across human history, a shadow that continues to profoundly affect so many innocent lives.

"The world has learned important lessons from the catastrophic event in Chernobyl, in particular the importance of international co-operation and solidarity in this increasingly globalised world.

"The tragedy of Chernobyl prompted a remarkable spirit of human solidarity across the globe. Ireland was one of the first countries to respond to the humanitarian crisis by providing support for and meeting the needs of thousands of Chernobyl's victims.

"It is a hand of friendship we continue to extend to those whose lives have been affected, so many of them not even born on that fateful and tragic day.

"Thirty-three years after the world's worst nuclear accident at Chernobyl we continue to reflect on the lessons learned and to work collectively towards ensuring nuclear safety.

"The repercussions of Chernobyl continue to echo across the decades that now separate us from April 1986. As we stand in solidarity with our fellow citizens in Ukraine, Belarus and Western Russia let us ensure that, in looking to our shared future, we continue to be informed by that appalling and defining moment in human history."

Main image: Reactor number 4 of the Chernobyl nuclear power station, cause of the catastrophic nuclear accident in its concrete sarcophagus containment structure in the wooded, marshy area near the Ukraine-Belarus border in 1990 | Image: Arnold Drapkin/Zuma Press/PA Images