The COVID-19 rate in one part of Donegal is over eight times the national average, according to new figures.

Carndonagh has recorded 1,975 cases per 100,000 people in the past two weeks – meaning nearly one in 50 people has picked up the virus there in the past 14 days.

Neighbouring Buncrana is the second-hardest hit area of the country with a rate of 1,238.

That is followed by Ardee in County Louth at 744, Galway City Central at 637 and the Donegal Town area at 608. 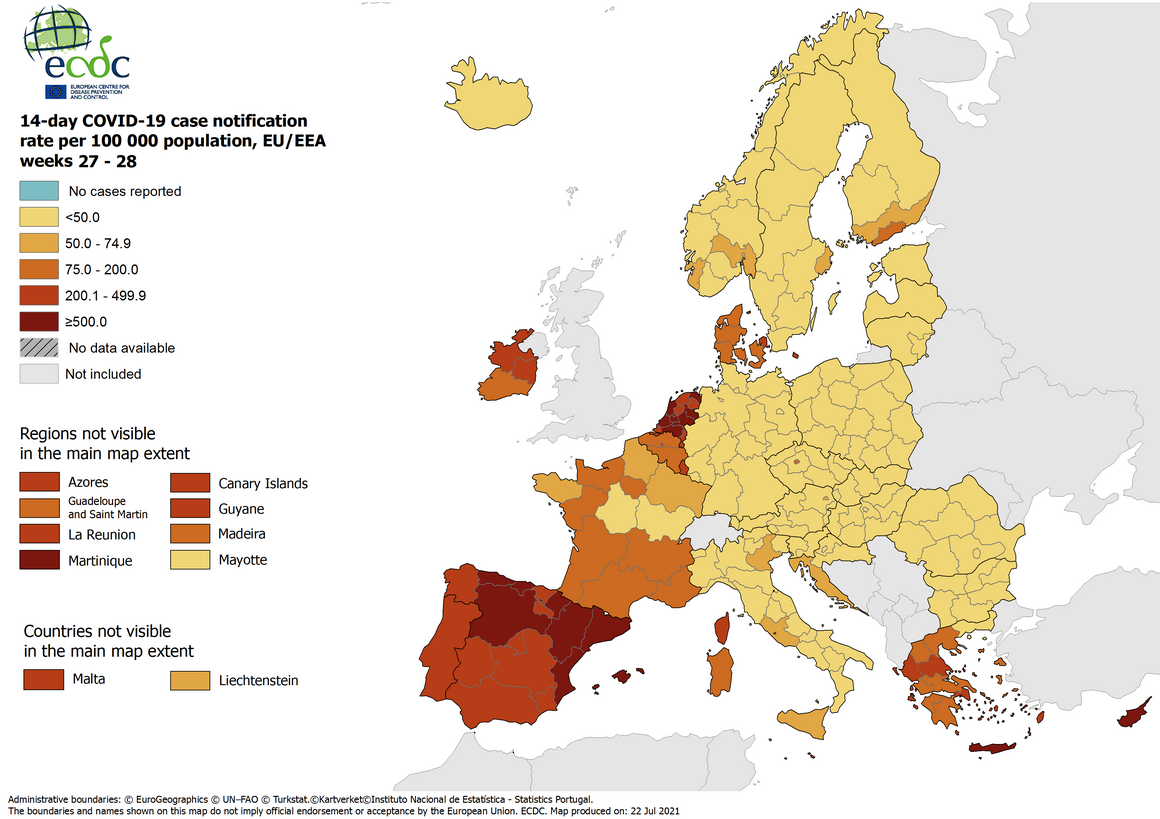 Internationally, Ireland has the eighth highest 14-day incidence rate in the EU, according to new data from the European Centre for Disease Prevention and Control (ECDC).