Business owners from the hospitality and travel industries are calling for clarity from the Government on when indoor dining and international trips can resume.

NPHET are due to meet on Thursday ahead of an announcement from the Taoiseach on Friday on the roadmap for further reopenings in June and July.

Cabinet is set to discuss "comprehensive" plans for the return of travel, aviation, entertainment and sport.

It comes as EU officials are working to formally launch the Digital Green Cert, allowing for movement between member states.

However, the Tánaiste Leo Varadkar has indicated that it will be August at the earliest before international trips are allowed again.

Paul Hackett, CEO of Click and Go and Board Member of the Irish Travel Agents Association, said the travel industry needs clarity from the Government on a plan for the return of international travel.

"It really is difficult for us to understand what is going on with the Government and their communication people," he told Newstalk Breakfast with Susan Keogh.

"We're in a totally different space than we were in this time last year, we have 45% of the population vaccinated and we're going to have 82% vaccinated by June and we have the EU digital certs coming on board." 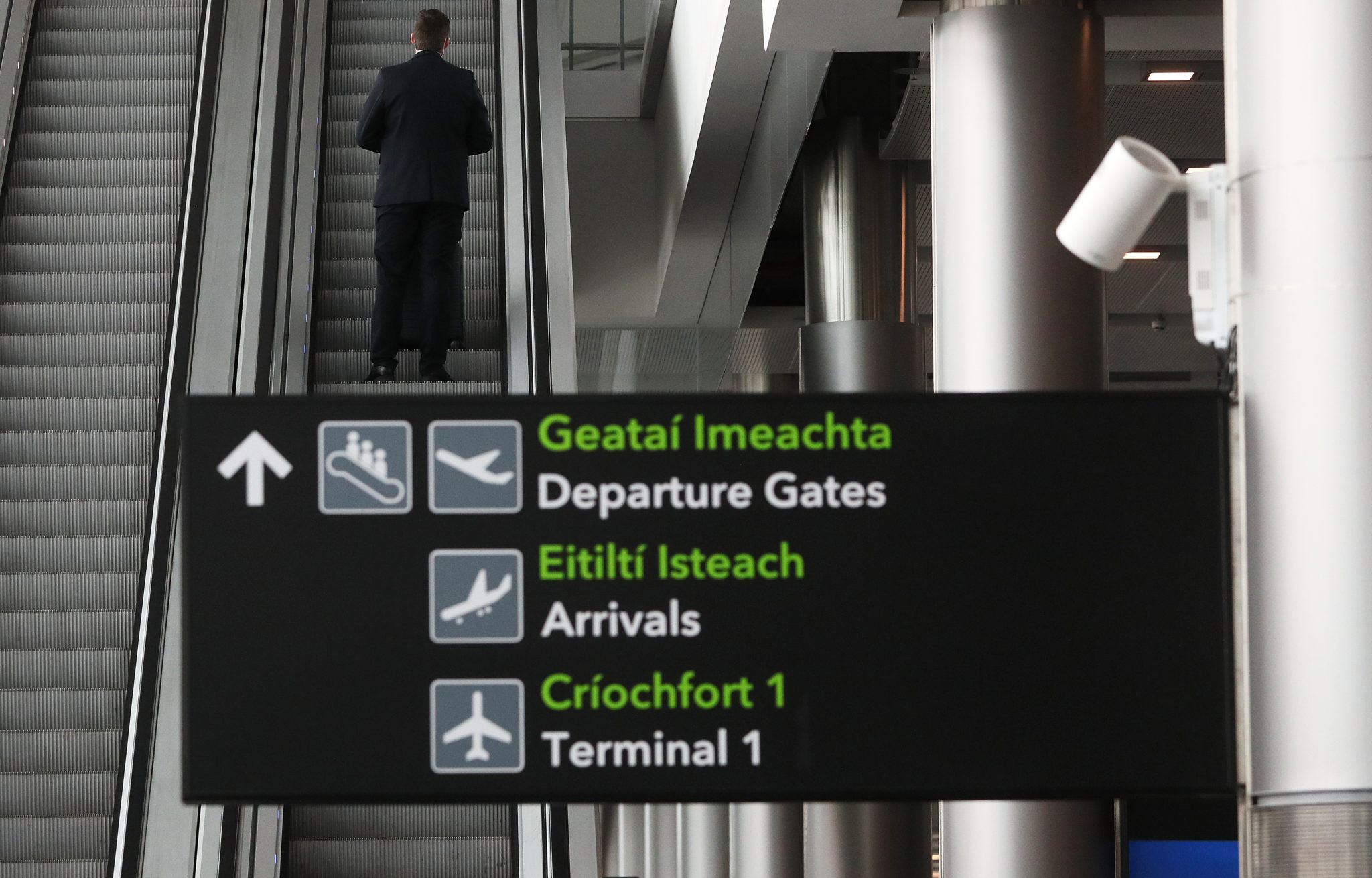 The EU Digital Green Certificates should be implemented, while all travel restrictions should be lifted, Mr Hackett added.

"They need to understand that this is safe to do because the WHO came out on Thursday and said the EMA vaccines are effective against the variants," he said.

"We have a totally different environment, we have an environment that can be respectful of public health guidelines and we have an industry employing 400,000 people.

"I'm a travel agent but we have the aviation sector, airlines, hotels restaurants, they too are dependent on travel restarting because it's not just the bucket and spade and going on holidays, it's the inbound too."

He said there is a "tiny level of booking" for holidays this summer, and travel agents have had "zero trading" for the past 14 months.

"Somebody described it to me last week as the life support machine is beeping, that's just about it," Mr Hackett said.

"When we restart, it's going to be six to nine months before we generate the income from the bookings coming in now.

"We are looking at almost two years of zero income."

He stated that consumers "won't book without certainty", and questioned "what is holding back the Government" as "there is just no excuse". 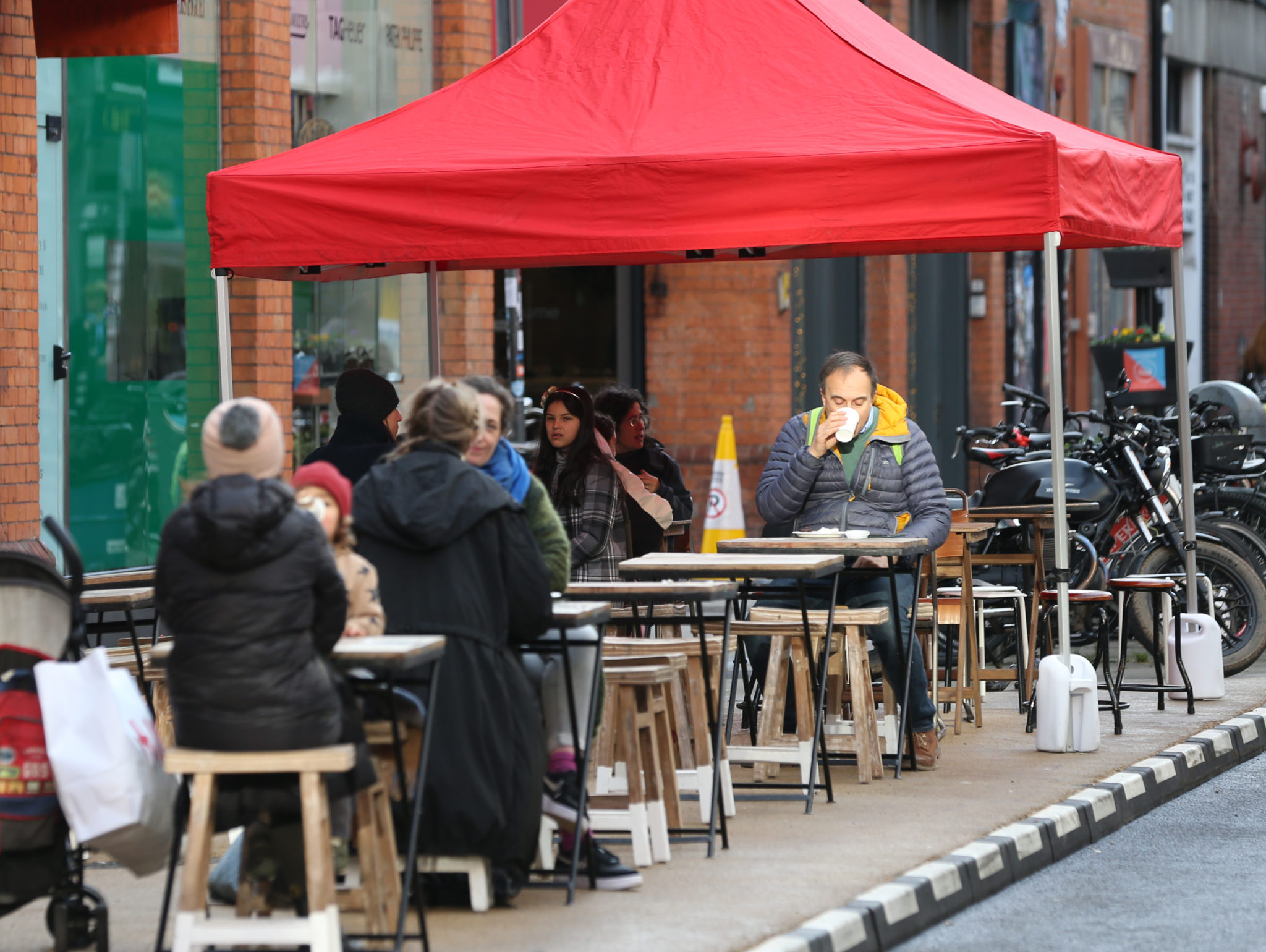 Dermot McDonnell, owner of the Cross Guns Gastro Pub in Castletown Kilpatrick in Navan, is also looking for certainty from the Government this week, particularly a roadmap leading to indoor dining returning.

"What we have been doing since we closed in December is merely a subsistence existence, we've been doing takeaway," Mr McDonnell said.

"The reality is we're probably facing into the biggest uncertainty now because as I stand here I'm looking out and it's lashing rain.

"That uncertainty is probably as great an uncertainty as COVID itself from a business perspective because we're spending vast amounts of money on renovating outdoor areas for outdoor dining, when the reality in Ireland is that outdoor dining is a really difficult thing to get right."

He said that he could have the maximum allowed number of reservations on a Friday evening at 5pm, but if the weather turns, by 7pm these could all have been cancelled.

He added that the €9 meal requirement last year worked to his advantage as people weren't just coming in for drinks.

Claire Nash, owner of Nash 19 restaurant in Cork and Director of the Cork Business Association, told the same programme that the time limit was also a positive development.

"The model has to be a balance between indoors and outdoors," she said.

"When the Government opens hotels, there will be double occupancy in most rooms and they're going to spill out onto our streets and we need the capacity to feed them.

"We have been living on absolute subsistence for the last few months, we have this warehouse debt behind us, and what I'm hoping the Government will give us is not only a plan for reopening, they have to match it with reopening indoors.

Ms Nash added that she started the process of preparing staff to return eight weeks ago, but she said it is hard for people to come back to work when they are being paid €350 on the Pandemic Unemployment Payment.

A lot of workers have migrated to other industries, she said, and it is tricky for hospitality businesses to navigate staff recruitment when there is so much uncertainty about reopening.

As for supports, she said the Government have given no indication of whether they will continue, while no reopening grants were issued to businesses to get them back on their feet.