There is a call for more to be done to normalise breastfeeding in public. A recent study found th...

There is a call for more to be done to normalise breastfeeding in public.

A recent study found that just over one-third of mothers are breastfeeding their newborns when they leave hospital.

The Irish Maternity Indicator System report for 2019 showed that Ireland had one of the lowest breastfeeding rates in the world.

This report showed that just two out of three women start breastfeeding before leaving hospital.

UNICEF said breastfeeding was the norm 100 years ago in Ireland, but since the 1950s - after the introduction of the Mother and Infant Care Scheme - rates started their sharp decline.

Ariana Youmans is director of Well Fed Photography and told Lunchtime Live that more needs to be done.

"I think we're still in this phase of children even being seen out in public and being walked around public spaces - so having more breastfeeding areas would be fantastic.

"I spent the past year and a half travelling around the country documenting fascinating stories from families across Ireland.

"And one story that comes to mind is a woman who was exclusively pumping and just all the different things that she had to do to be able to make that possible.

"So it'd be great if we had public spaces, but also spaces where people can access an electrical source, or a sink or even a microwave.

"It's not just breastfeeding - it's all mothers that are feeding their babies that can have access to facilities, or fathers who are feeding from expressed breast milk or formula feeding.

"But of course I would love to see more breastfeeding in public just to normalise it.

"It's a very normal thing, but it's somehow become not the norm just with different cultural things that have happened over the pas 20/30 years". 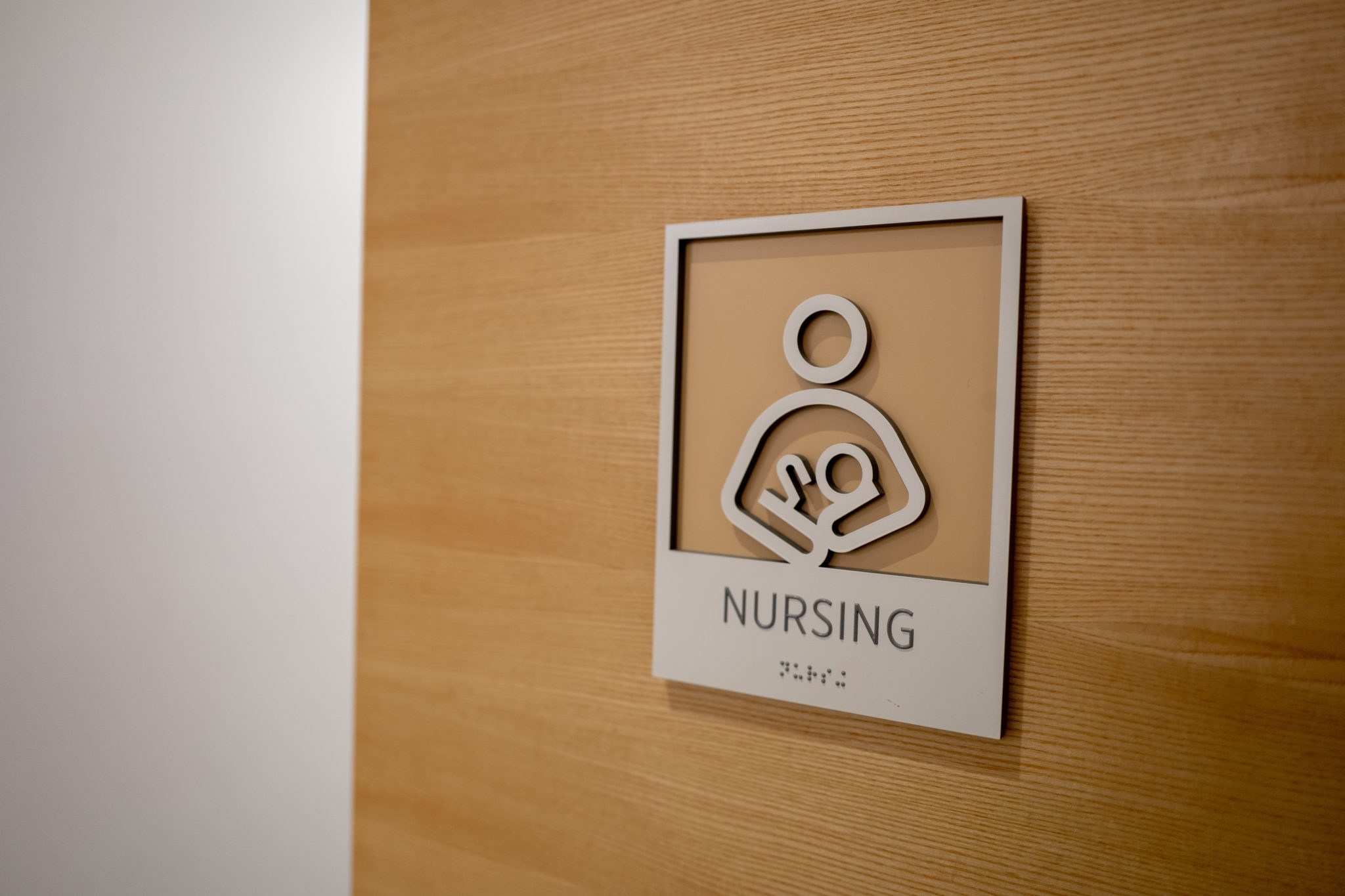 A sign for a breastfeeding room in a commercial building in the US state of California in 2019. Picture by: Gado Images/SIPA USA/PA Images

She said even where there are designated breastfeeding spaces, most people do not know about them.

"I was in Stephen's Green Shopping Centre and there was a woman asking if there were feeding facilities - and luckily the answer for her was yes.

"But it's not really publicisied - a lot of people don't know that they exist.

"But it's not really out there for people to know that they're available".

Asked who should be leading the charge, she said it could start from the ground up.

"I suppose starting with breastfeeding mothers is a great thing because it's on them, in a way, to educate others.

"I'm sure a lot of people don't want to take that on, but that's one of the things that I'm trying to do.

"Whether it's helping to normalise it and make it be more understood by others who have never had contact with someone who's a breastfeeding mother.

"I just want to bring resources to the forefront so people can expand their understanding, expand their awareness.

"A lot people think of breastfeeding as just feeding a baby at the breast - but that's just not the case.

Ariana said in one such case she saw a woman in an airport, who was carrying expressed milk, but was made to get rid of the ice she was carrying for the milk.

"So she had a 13 hour flight, or something very long, but her breastmilk was going to go off before she could actually complete the flight.

"And so she was in a panic because she didn't know what to do - so even just increasing awareness, or different standards, to make it more possible or to more easily facilitate it would be very welcome".