The brother of Ireland's longest missing person says he has not given up hope of getting closure on the case.

It comes on the 74th anniversary of Jimmy O'Neill's disappearance.

Jimmy lived on Leamy Street in Waterford city and worked for Clyde Shipping Company, which operated between Waterford and Liverpool.

But on December 15th 1947, he disappeared without trace and has not been heard from since. 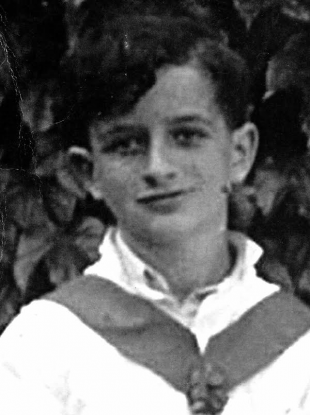 His younger brother Frank, who was five-years-old at the time, says he never came home from work.

"He had a half day and never came home, and apparently my mother had the dinner and all ready for him."

An 'SOS' was placed in the local newspapers, but to no avail.

Frank says he may have got a boat to Liverpool, but he's not certain. He says the incident devastated his family.

"It broke my parent's heart - both of them - it killed them in the long run.

"It shortened their lives, because even on my mother's deathbed there was one lady said to me - called me that morning - a lady that was in the ward with my mother.

He hopes to get closure before he dies.

"If there's someone outside, or anywhere, that have any little bit of a description - or anywhere abouts know any knowledge of where my brother's missing - I would deeply appreciate to know".

Jimmy is one of 876 long-term missing people on the island of Ireland.

A Facebook page has been set up as part of the appeal.