The mass for Dessie Byrne and Muriel Eriksson took place together

The funeral mass of a brother and sister who drowned in Co Kerry has heard how their deaths left the community in a state of shock.

The mass for Dessie Byrne and his sister Muriel Eriksson took place together at St John's Church, Lecarrow in Co Roscommon on Tuesday afternoon.

The brother and sister were on a family holiday together last week when they got into trouble in the sea at Ballybunion beach.

Dessie Byrne was a native of Athlone but had been living in the area for a number of years.

While his sister Muriel - the eldest in the family - lived in Malmö, Sweden.

Speaking at the funeral mass Dean Byrne, Dessie's son, said it has been hard to come to terms with losing his father and his aunt. 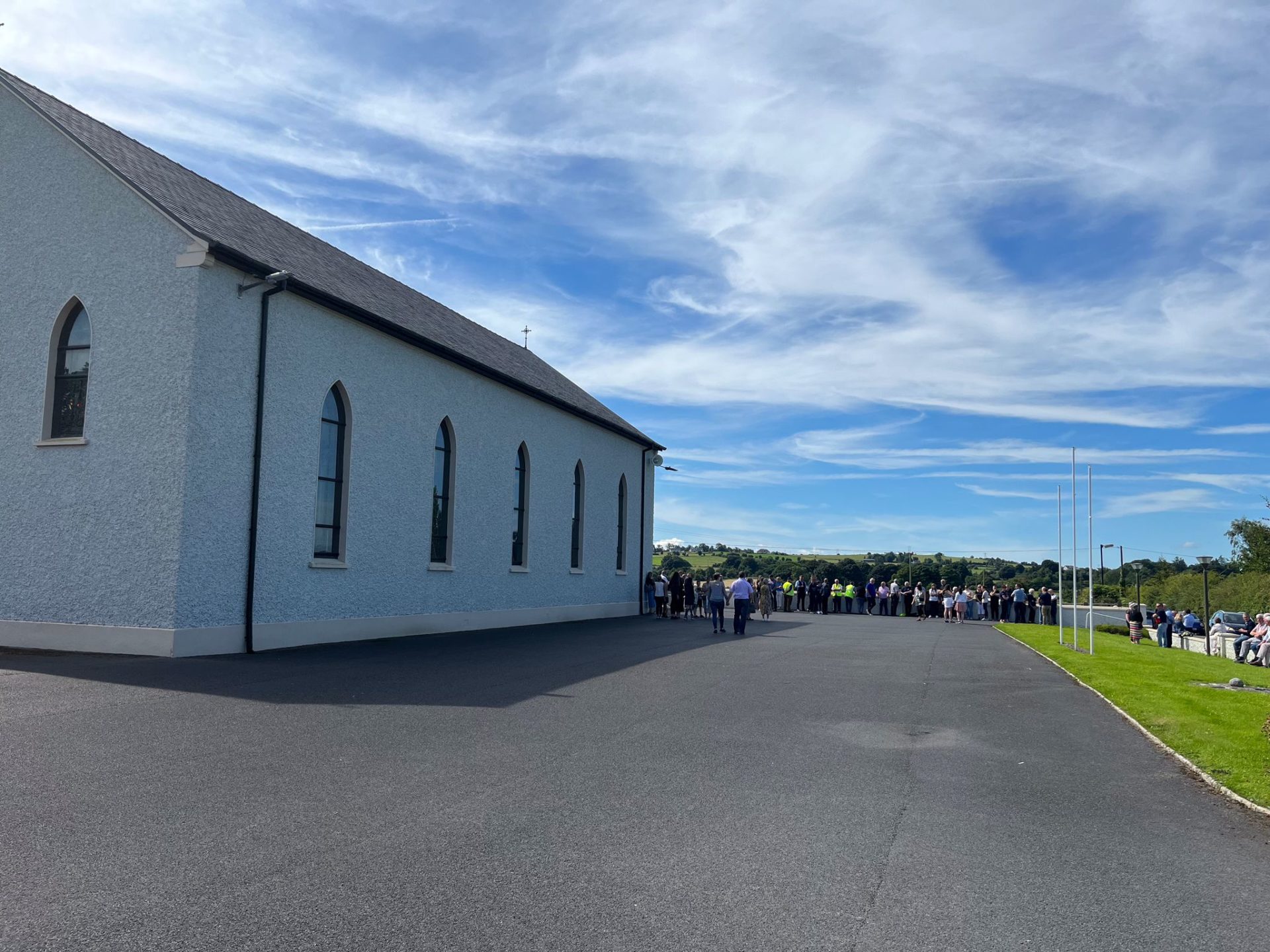 "It's sad enough losing your dad, but it's so much worse when you not only lose your dad but your aunt.

"I haven't been able to fully grieve for Muriel yet.

"I'll miss being handed the phone and seeing Muriel's big smile on FaceTime - it won't be the same without them.

"But what I noticed over the few days since is that they may be gone, but they left so much of their characteristics in their family - and left us all with so much memories and stories, and those stories will be passed on and told for years to come", he said.

Dessie was laid to rest in the local cemetery following the funeral mass.

While Muriel's cremation service will take place on Wednesday at Lakelands Crematorium in Co Cavan.

Brother and sister die in tragic drowning accident in Ballybunion