All eyes are on London tonight as the UK leaves the European Union after 47 years of membership. ...

All eyes are on London tonight as the UK leaves the European Union after 47 years of membership.

Britain will formally leave the bloc at 11.00pm Irish time, which is midnight in central Europe.

UK Prime Minister Boris Johnson is planning to say it is "the dawn of a new era" in an address at Downing Street.

But in Scotland, which voted to stay in the EU in the 2016 referendum, 'Leave A Light On' candlelit vigils are planned in Aberdeen, Dundee, Glasgow and Stirling.

These are aimed at sending a message to the EU to keep open a place for Scotland.

Take a picture with our front page and share it with the hashtag #LeaveALightOn pic.twitter.com/0RlNNEulSR

In his video message, Mr Johnson will say: "Our job as the government - my job - is to bring this country together and take us forward.

"And the most important thing to say tonight is that this is not an end but a beginning.

"This is the moment when the dawn breaks and the curtain goes up on a new act. It is a moment of real national renewal and change.

"This is the dawn of a new era in which we no longer accept that your life chances - your family's life chances - should depend on which part of the country you grow up in."

In his statement to mark so-called Brexit day, the outgoing UK Labour Party leader Jeremy Corbyn warned: "Britain is now at a crossroads.

"As we leave the EU, we have an opportunity to shape our future role within the international community for decades to come.

"Britain's place in the world will change. The question is what direction we now take. 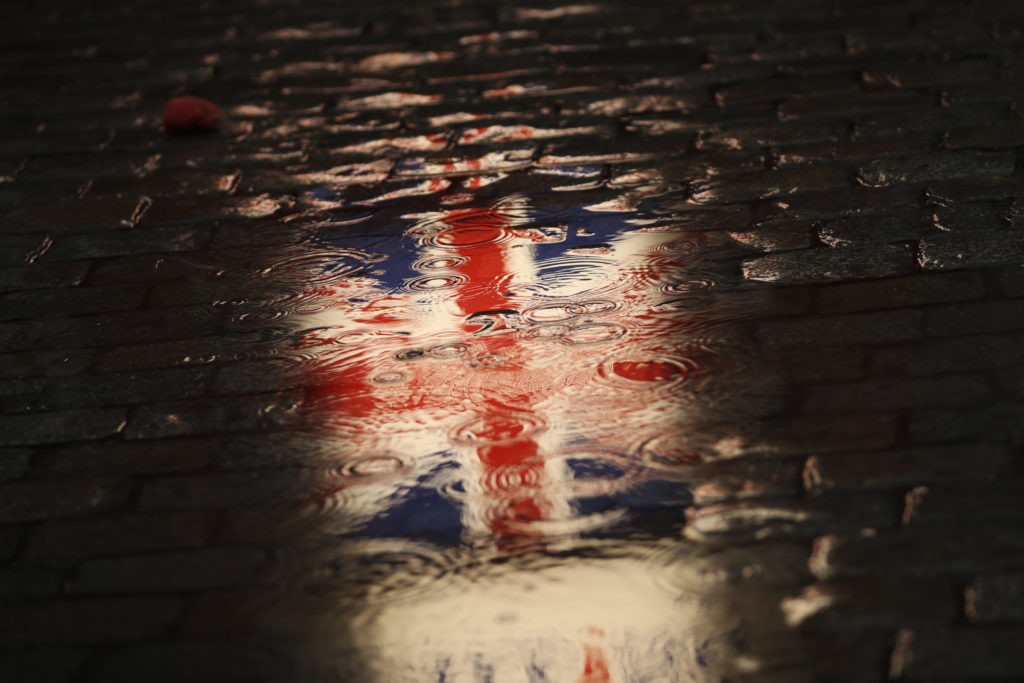 The Union Jack flag is reflected in a puddle during an event called 'Brussels calling' to celebrate the friendship between Belgium and Britain at the Grand Place in Brussels | Image: Francisco Seco/AP/Press Association Images

"We can work with other countries to develop trade, improve rights and protections, invest in our communities, tackle the threat of climate catastrophe, fight human rights abuses and promote peace.

"We can build a truly internationalist, diverse and outward-looking Britain.

"Or we can turn inwards, and trade our principles, rights and standards to secure hastily arranged, one-sided, race-to-the-bottom trade deals with Donald Trump and others."

Some public celebrations are planned, but Mr Johnson will not be partaking.

Despite a high-profile campaign, the Big Ben landmark will remain silent as the clock strikes 11.00pm.

In Brussels, the British flag will be removed from its place on the buildings housing the city's EU institutions.

One flag is expected to be consigned to a museum. 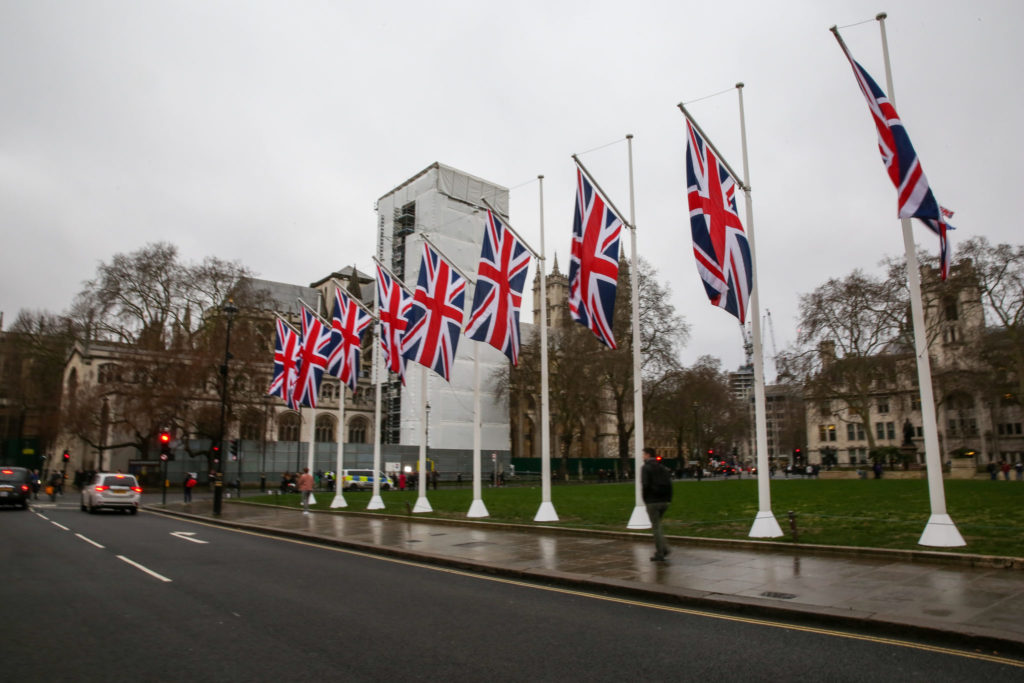 The historic moment comes more than three-and-a-half years after the UK voted to leave - and follows two general elections and three prime ministers: David Cameron, Theresa May and Boris Johnson.

There have been months of meetings, mass protests and endless debates, government defeats and deadlock in parliament.

There are also growing concerns that the Irish economy will suffer adverse effects from the British exit.

A transition period for the UK will start on February 1st, and is set to expire at the end of December 2020.

Meanwhile the British government has published EU travel information for its citizens after January 2021.

It says European Health Insurance Cards "might not be valid", that British drivers will need a 'green card' - which will take one month to get - and that mobile customers will no longer be covered under EU roaming agreements.