'Enormous hostility' in EU to any further Brexit extension - Varadkar

There's "enormous hostility" in the EU to granting the UK any further Brexit extension, the Taois...

'Enormous hostility' in EU to any further Brexit extension - Varadkar

There's "enormous hostility" in the EU to granting the UK any further Brexit extension, the Taoiseach has said.

Leo Varadkar was speaking in Brussels, where European leaders are meeting for a two-day summit to discuss who to appoint to top EU jobs such as European Commission President.

Currently, the UK is scheduled to leave the bloc in October after a six-month extension was granted in April.

The leading Tory leadership hopefuls in the UK have claimed they'll seek fresh negotiations with the EU in a bid to replace the withdrawal agreement.

European leaders, however, have repeatedly ruled out the prospect of reopening the agreement - although have said they're willing to reopen talks on the 'future relationship'.

Speaking today, Mr Varadkar said: "There's very much a strong view across the European Union that there shouldn't be any more extensions.

"While I have endless patience, some of my colleagues have lost patience, quite frankly, with the UK - and there's enormous hostility to any further extension."

He suggested he could only see an extension being agreed to allow for something like a general election or second referendum in the UK.

The Taoiseach added: "What won't be entertained is an extension for further negotiations, or further indicative votes - the time for that has long since passed."

'Informal discussions' on Brexit are expected to take place during this week's summit in Brussels, and Mr Varadkar met with chief negotiator Michel Barnier earlier. 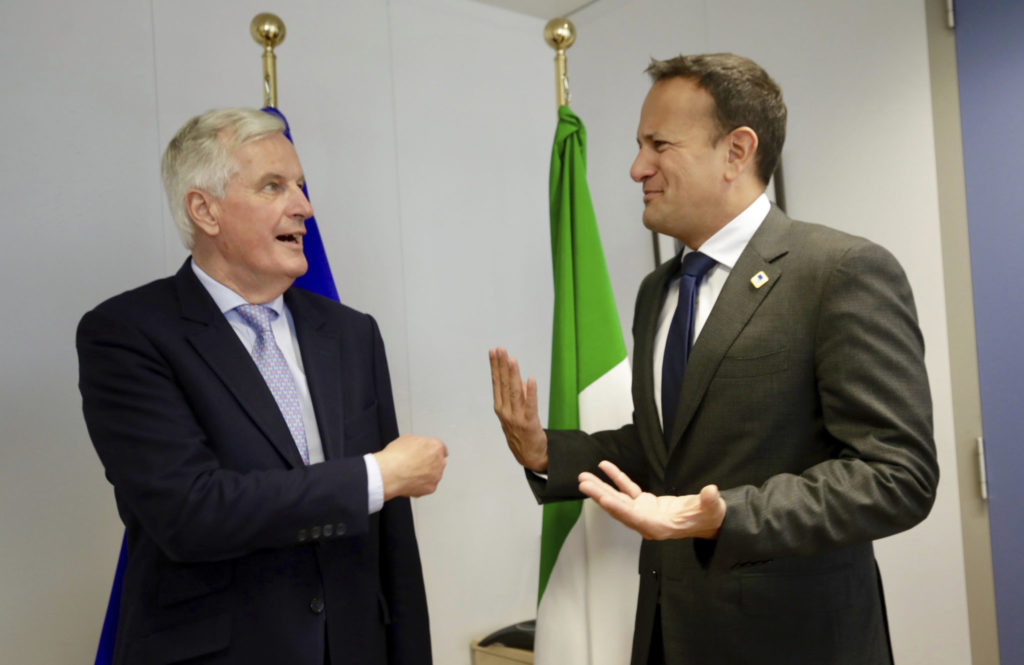 European Union chief Brexit negotiator Michel Barnier, left, speaks with Irish Prime Minister Leo Varadkar prior to a meeting on the sidelines of an EU summit in Brussels, Thursday, June 20, 2019. European Union leaders meet in Brussels for a two-day summit to begin the process of finalizing candidates for the bloc's top jobs. (AP Photo/Olivier Matthys, Pool)

However, topics such as cybersecurity, climate action and the EU budget are the main issues on the agenda over the next two days - as well as the discussions on who'll take over the key EU roles.

Mr Varadkar said it's likely they won't be able to elect new European Commission or Council presidents today, and expects another summit will be needed over the coming weeks.

He added: "It's quicker to elect a Pope, very often, than it is to fill these particular positions."