It is hoped talks aimed at resolving the ongoing beef price dispute will get underway at the week...

It is hoped talks aimed at resolving the ongoing beef price dispute will get underway at the weekend or early next week.

Processors are calling for the talks to begin on Monday while farmers want them to start on Saturday.

The Beef Plan Movement has called for all legal threats against farmers to be dropped before talks begin.

Meat Industry Ireland meanwhile has said protests and blockades at meat processing factories must be lifted.

Processing at the factories is expected to be temporarily suspended while the talks continue. This has already happened at many factories due to the protests. 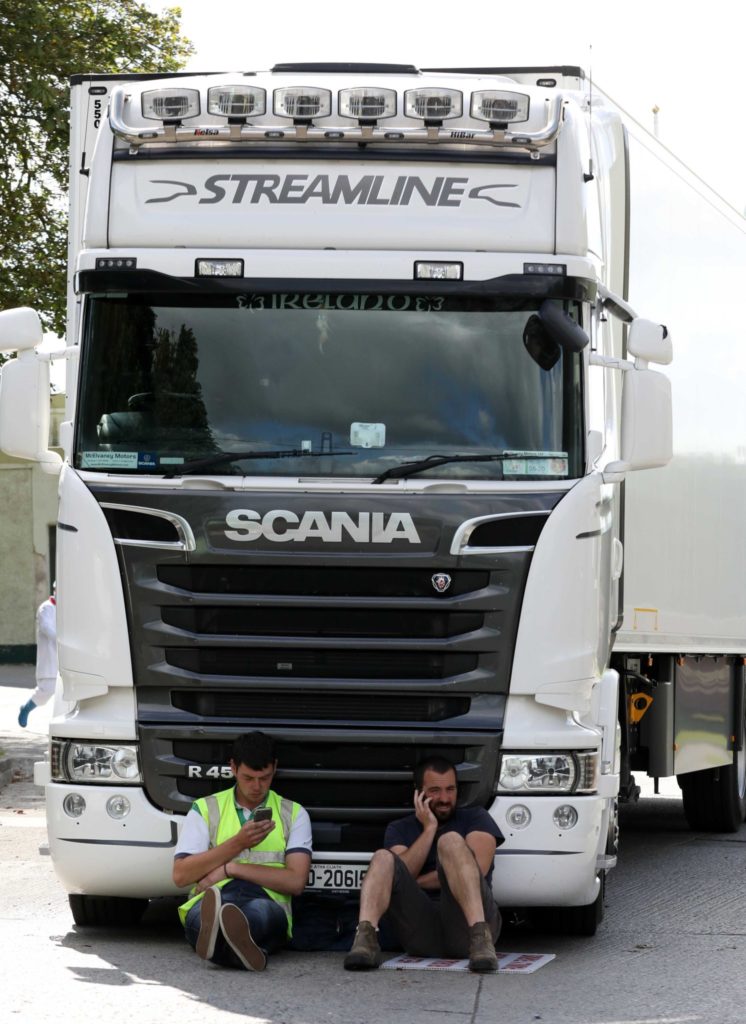 Two protesters sitting in the shade of a truck at the ABP plant in Ferrybank Waterford, 28-08-2019. Image: Eamonn Farrell/RollingNews

Beef Plan spokesperson Dermot O'Brien said the talks have little chance of success unless they include Irish retailers.

“These are basically talks about talks,” he said.

“The minister has announce that the retailers are still not going to attend but we feel that it is very, very important that they attend because they are a key ingredient here for a successful outcome for the farmers in this country.

“Farmers deserve to get paid for their produce and we need to establish where the retailers are at in terms of how much profit they make out of the supply chain.

“We want some of this to be returned to the farmers so they can cover their cost of production.”

An announcement on when talks may begin is expected later today.