Michel Barnier has warned that there are “serious divergences” between the UK and the EU afte...

Michel Barnier has warned that there are “serious divergences” between the UK and the EU after the first round of trade talks.

He said that if they failed to reach agreement in the coming months, next January will be “very, very different” and warned that the difficulties should not be underestimated.

He said there are some areas where both sides agree but warned, “to be completely frank with you are there are many divergences and they are very serious divergences – which is probably quite natural after a first round of negotiations.” 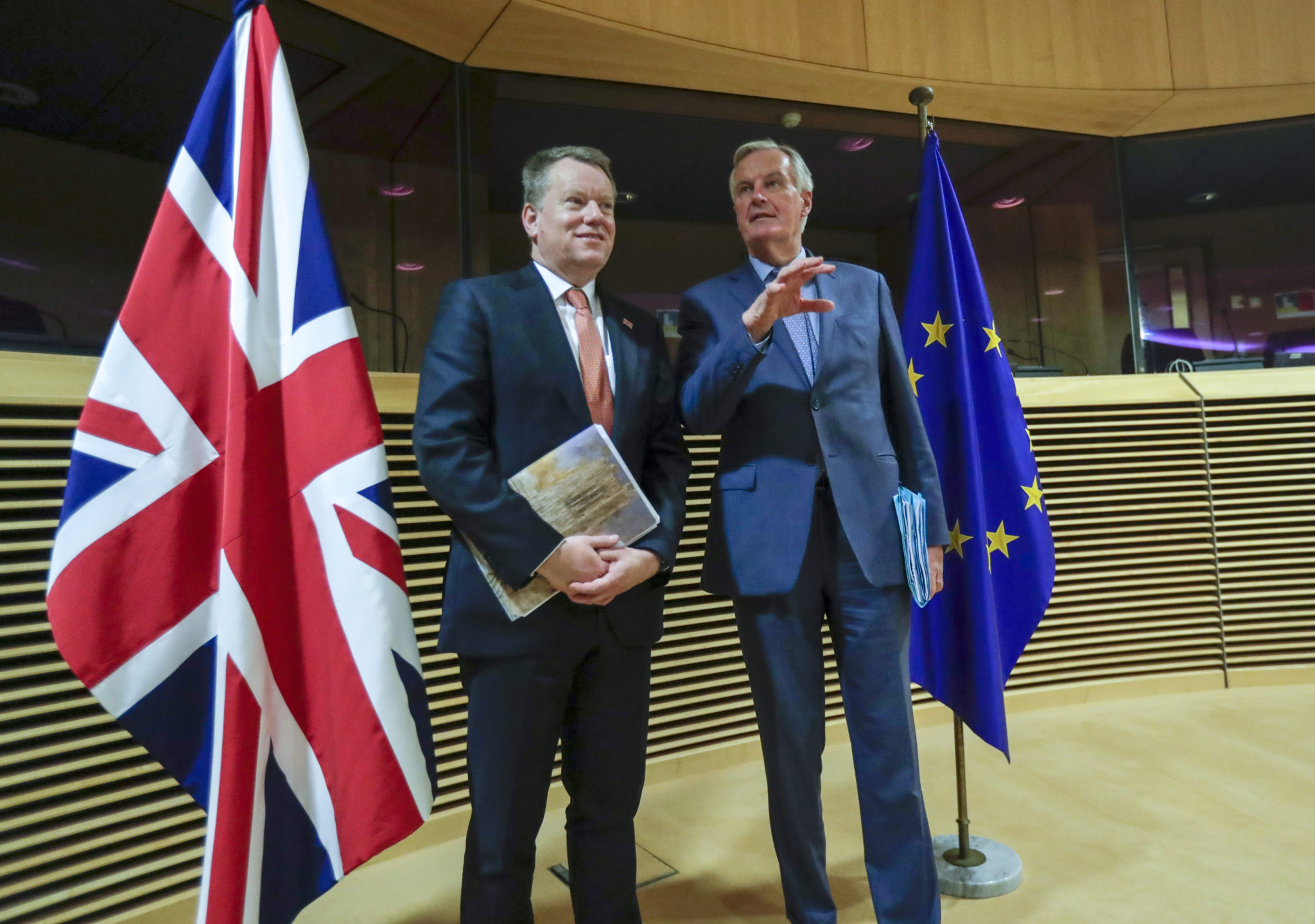 EU negotiator Michel Barnier with UK negotiator David Frost during the start of the first round of trade talks in Brussels, 02-03-2020. Image: Virginia Mayo/AP/Press Association Images

After outlining the divergences in French, he switched to English to point out two possible keys for success – no backsliding on what has already been agreed and mutual respect.

“The UK spent a lot of time this week insisting on its independence,” he said.

“Ladies and gentlemen, nobody is contesting the UK’s independence. Nobody. And we ask the UK to respect our independence. 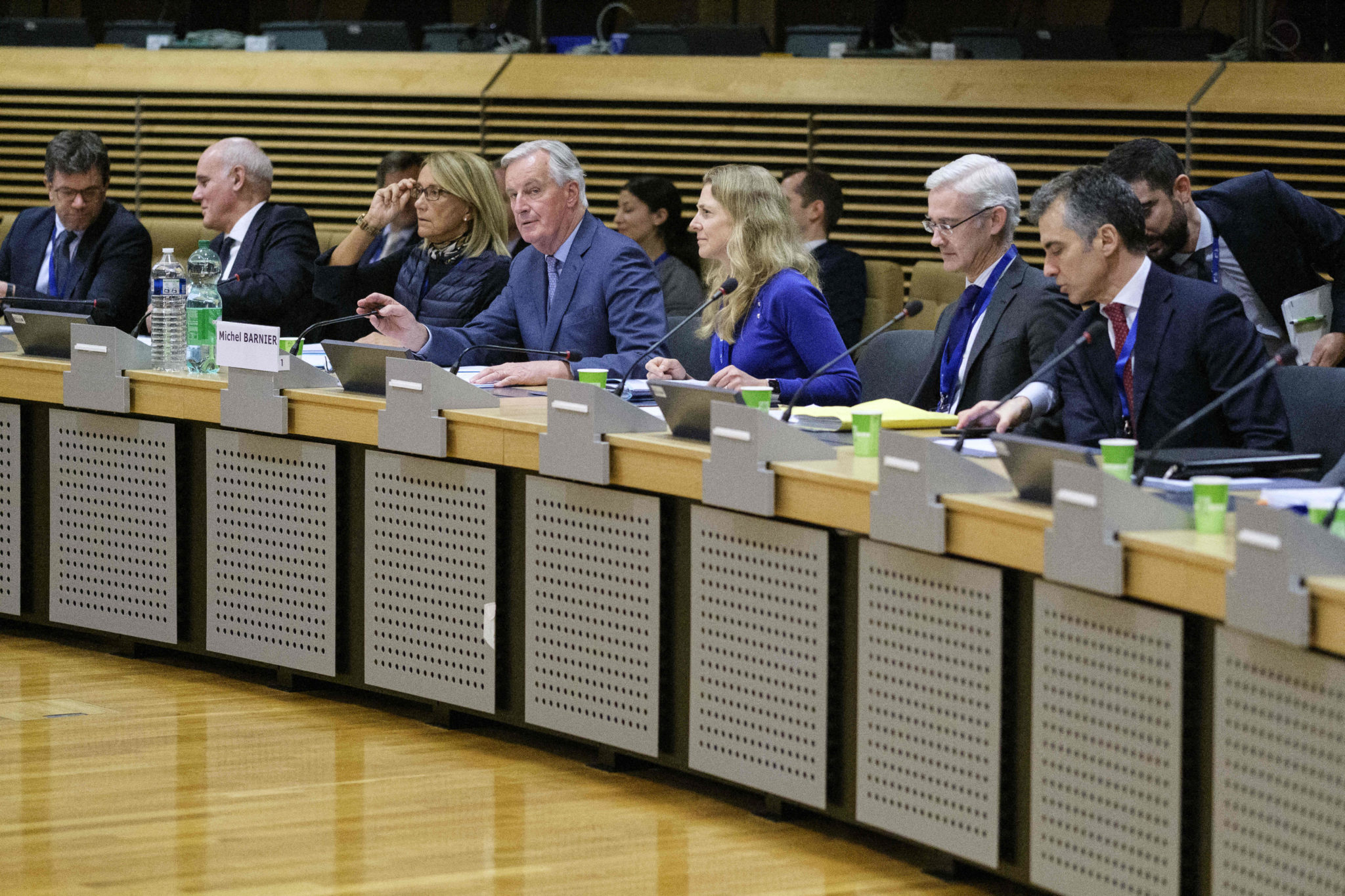 EU negotiator Michel Barnier at the start of the first round of trade talks in Brussels, 02-03-2020. Image: Monasse Thierry/ANDBZ/ABACA/ABACA/PA Images

Mr Barnier noted that the political declaration signed by both sides after the Brexit talks agreed on the need to prevent unfair competitive advantage and maintain high standards.

“The UK are saying that they will keep the same ambitions and high standards but there are two difficulties,” he said.

“The UK does not wish to translate those undertakings into a common agreement and they do not want appropriate mechanisms on either side to ensure the respect of it.

“Once we agree on high standards, my question, is why not connect to them formally? It is a question of trust.”

“When it comes to security and legal cooperation you are talking about the exchange of personal data – sometimes very personal data like DNA,” he said.

“This is a must-have for us, it being about the protection of the rights of European citizens. The interpretation of European law will only be done, can only be done by the European Court of Justice.”

He said failure to reach an agreement will have an “immediate and concrete effect” on the level of cooperation between the two sides.

Mr Barnier said the UK is looking for a “series of sectoral arrangements” while the EU is looking for everything to be governed by one association agreement.

He said this is not a matter of ideology but a question of practicality with Europe looking for an efficient agreement that will “provide legal certainty to citizens and would not limit our ability to dialogue and work together in the future.”

Finally, he said the UK’s demand for an agreement on fisheries to be separate from any overall agreement is unpractical.

He said the UK wants to negotiate reciprocal arrangements for British and European waters on an annual basis.

“This is not a possibility if we want to give people involved in the fisheries the predictability they need,” he said.

“Let me be very clear on this, I have a mandate anyway, but a trading agreement, a commercial agreement, an economic agreement with the UK will have to include a balanced solution for fisheries.”

Mr Barnier also said the Northern Ireland protocol that was agreed before Brexit is not up for negotiation and now needs to be implemented as a matter of urgency.

He said the UK's chief negotiator David Frost had assured him that the UK would honour all its legal obligations.