Aviation roadmap calls for the restart of air travel this summer

A group of experts say developing a roadmap for summer air travel has to be "an immediate priorit...

Aviation roadmap calls for the restart of air travel this summer

A group of experts say developing a roadmap for summer air travel has to be "an immediate priority" for the Government.

Members of the National Civil Aviation Development Forum (NCADF) have made several recommendations as part of Ireland's Aviation Restart Plan.

The group says the Government needs to identify and confirm the metrics that will justify "the removal of the ban on all non-essential international travel" for summer operations.

It also says these must be presented with target dates, and that any requirement for quarantine should be "proportionate and based on transparent and objective criteria".

It says the Government needs to identify and publish these criteria, and review them, on a regular basis.

It says airlines and airports will require an "extensive return to normal operations plan" - including management of returning aircraft, ensuring flight and cabin crew qualifications are up to date, and that support personnel are trained and ready.

And the group says the EU traffic light system should be re-implemented. 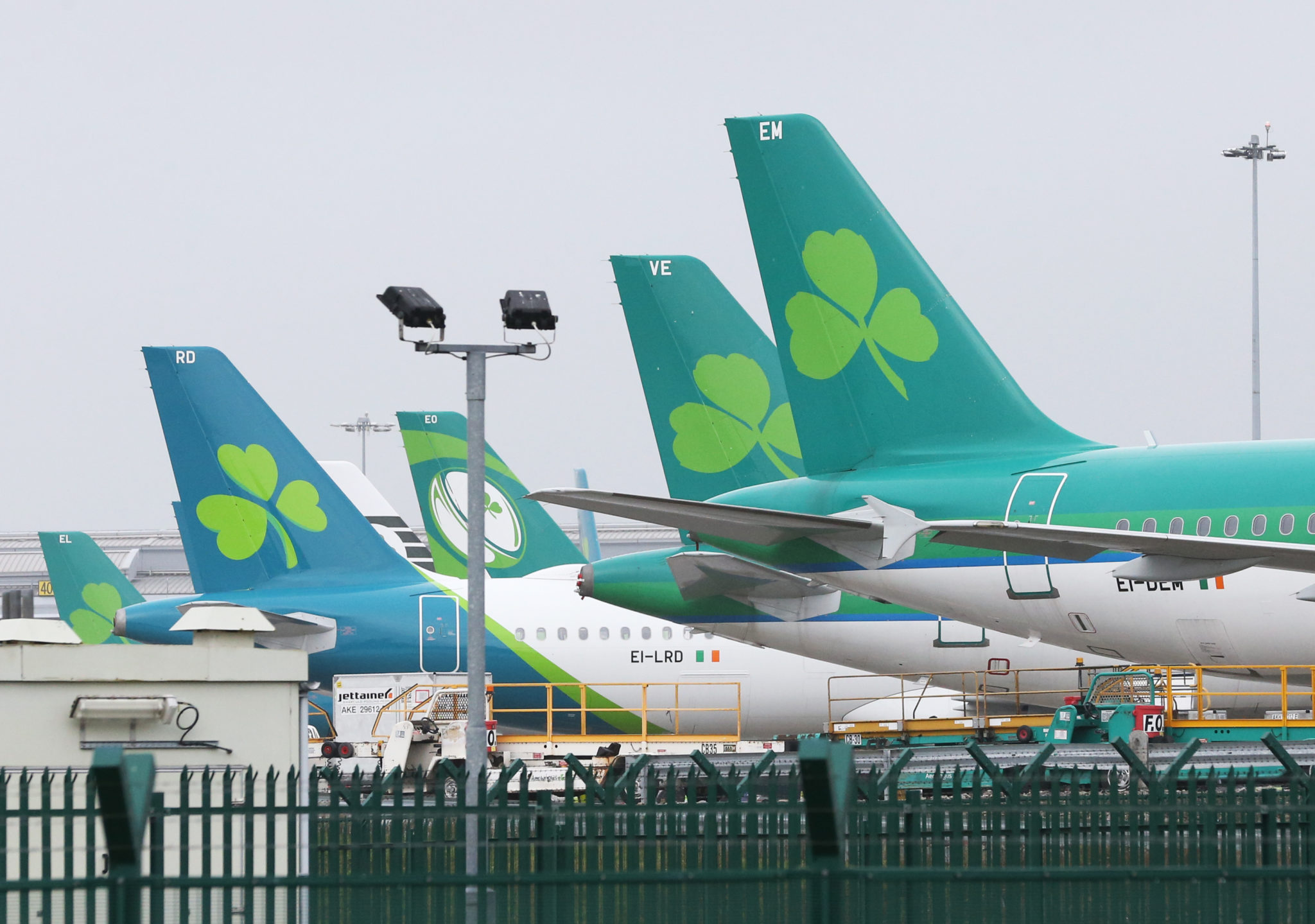 It says those arriving from 'green' list locations should enter the State without the requirement to restrict movement or undergo testing for COVID-19.

While those in 'orange' and 'red' areas should have a pre-departure rapid antigen test or PCR test.

Those arriving from 'red' areas would also be subject to 14-day restricted movement under the plans, with a further test after five days.

While people from 'dark red' areas would be subject to 14-day home quarantine and a further test after five days.

But the plan says non-essential travel from 'dark red areas' should continue to be discouraged.

The group is also calling on authorities to restore the full operation of the Common Travel Area (CTA) for Irish and UK citizens.

The International Air Transport Association (IATA) has also urged Taoiseach Micheál Martin and the Government to work to implement it.

#Ireland has some of the strictest #COVID19 travel rules in the world. @AerLingus and other Irish aviation stakeholders have released a restart plan and we urge @MichealMartinTD and his government to work with industry to implement it.

Head of the Irish Travel Agents Association (ITAA), Pat Dawson, says everything has to be considered.

"Aviation is not something that can be turned on at the flick of a switch.

"We can see how aircraft have already been moved to Northern Ireland and the UK from the Republic of Ireland, so we accept the urgency and need to protect Ireland’s international connectivity.

"The report recognises the commitments to EU best practice and current public health guidelines in the context of health and safety of customers.

"The prospect of EU digital green passes, antigen testing, a restarting the traffic light system between EU countries, must be all be considered and planned for as soon as possible".

And Donal Moriarty, Aer Lingus chief corporate affairs officer, adds: "What is critically important now is that the Government urgently takes the required steps to finalise the plan and enable its implementation.

"Our UK neighbours recognise the importance of outlining an exit strategy for the sector and have endeavoured to do so in recent days.

"In the US, as the vaccination roll out continues apace, potential inbound tourists are considering where to travel later this year.

"The aviation sector works to long lead-times - parameters for the opening of our economy including the restoration of international travel, aligned with our vaccination roll-out timeline and appropriate public health metrics, need to be developed".

Main image: Passengers are seen on an All Nippon Airways (ANA) plane in Tokyo, Japan in March 2021. Picture by: SOPA Images/SIPA USA/PA Images