The principal of the school where Ashling Murphy taught has described the 23-year-old as 'a gleam of hope and joy'.

The primary teacher was killed while out for a run along the canal in Tullamore, Co Offaly on Wednesday.

A man being questioned by Gardaí in connection with the attack has been released.

"Words can't describe it, we are devastated, we've lost a fantastic colleague.

"Ashling was just a person who had a shining light, she was a gleam of hope and joy, always had a smile, a gifted teacher.

"She resonated with the pupils so well, she gave 110% to everything and anything she put her hand to.

"She was an extremely talented sports person, a lover of traditional Irish music.

"I knew her not only as a principal, but at a personal level with the music background, and know her for years.

"She's a gifted choral choir conductor - many, many strands to her personality.

"She was only here since March 2021 in our school and we have relished her talents.

"But there was so much she didn't get to offer".

'There was tears everywhere'

Mr Hogan says supports are in place for students and staff.

"Nobody can prepare for these days, the unexpected, and the whole community - staff, parents, pupils - of our school here we're devastated with the tragic loss of our dear colleague and friend.

He says the school staff came together at 8.00am and a psychologist is on site.

"We've all the supports in place for children and staff, and that's a priority today now.

"My priority was to look after our staff... as well as the children - because it's not nice for a child to learn that a teacher, or their teacher, has died.

"And we have pulled together in extreme difficulty, but with the courage and support of everybody".

He says they are overwhelmed with messages of condolence and the support being shown.

"Down to primary schools, secondary schools around the country, local ones in particular, the general public, ministers - it's nice to know the support is there." 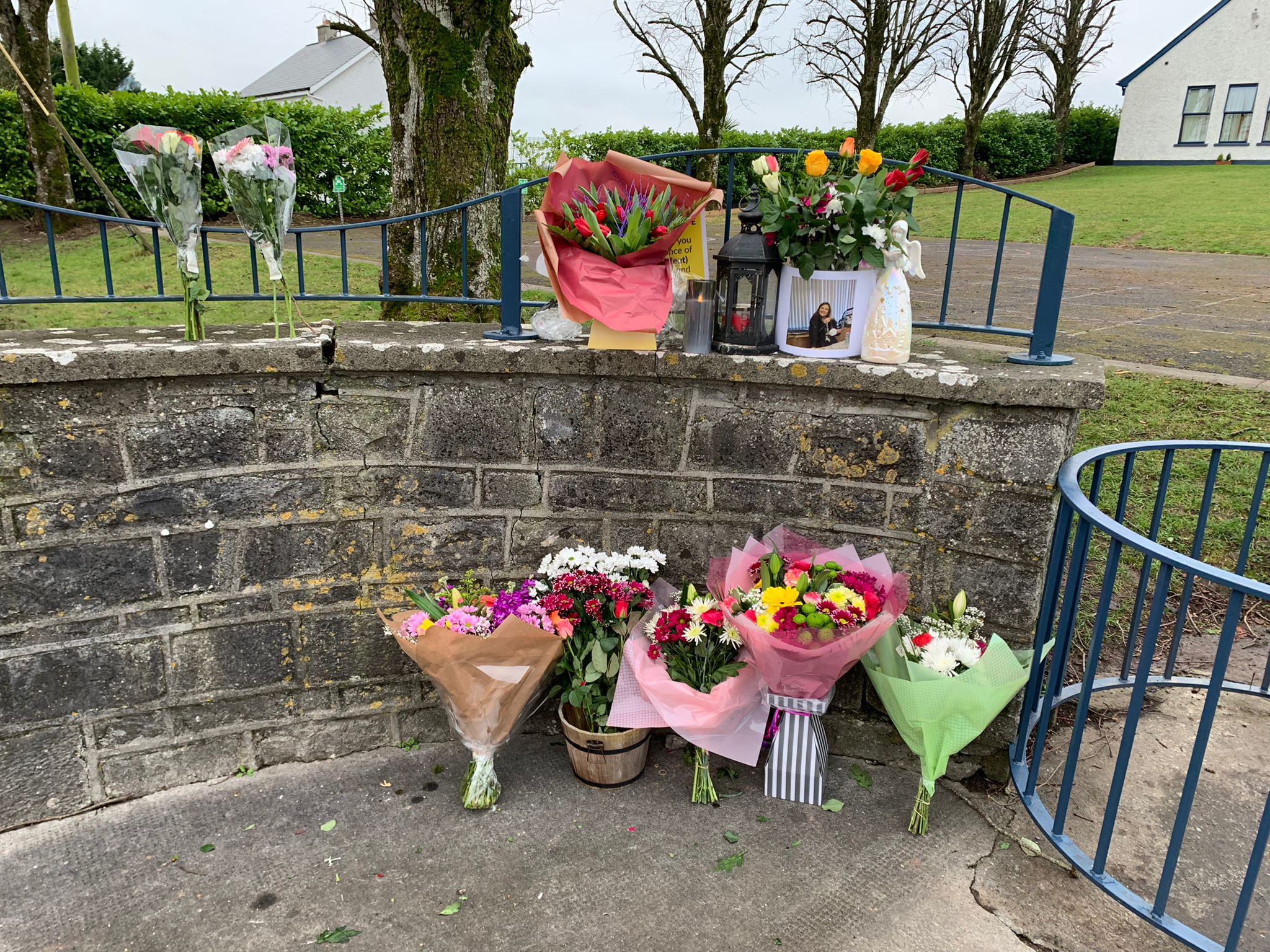 Flowers are left outside Durrow National School in Tullamore, Co Offaly in tribute to Ashling Murphy. Picture by: Stephen Murphy/Newstalk

He says parents broke the news to their children.

"Every child came in this morning there was tears everywhere - adults, children - and tears of sadness.

"From a school point of view, then, the best approach we took was to talk to the children.

"Be open, let them share their memories, and we want to remember Ashling for who she was.

"She was a lovely, fantastic colleague and the kids are already remembering her in their own little ways".

And he says students have been sharing their memories of their teacher.

"Listening to some of the children chatting - 'miss your smile, thank you for everything, thank you for passing on your talents your bubbliness, we love you'.

"In her own class actually this morning, the pupils were in and there was three other staff members in the classroom.

"And one child just spoke up and said 'Well we've four teachers in the classroom now'... and she pointed and she said 'We've also got Ms Murphy', where we've a little alter set up and a shrine and her picture.

"That speaks thousands of words".

Main image: A shrine to Ashling Murphy is seen in a classroom at Durrow National School in Tullamore, Co Offaly. Picture by: Stephen Murphy/Newstalk