The anger voiced in response to comments made by Dr Ronan Glynn during a public health briefing w...

The anger voiced in response to comments made by Dr Ronan Glynn during a public health briefing was a "lightning rod of frustration" among the public.

That's according to Dr Mary Favier, COVID-19 advisor to the Irish College of General Practitioners.

The Deputy Chief Medical Officer Dr Glynn asked on Thursday for people to “do a little bit more than you’ve been doing over the past week or two” to suppress the virus.

The snippet was widely shared on social media, with many people saying they have already been consistently doing all they can to adhere to the guidelines.

At yesterday's briefing, Dr Glynn said he “absolutely apologises” to anyone who felt frustrated or angered after seeing the video clip and encouraged people to look at the whole press conference.

"The theme of the press conference was gratitude from NPHET to the millions of people who complied with public health measures at St Patrick’s Day," he said.

“We have sought over and over again over the past year to acknowledge the fatigue, the frustration, the exhaustion that people are feeling with these measures. We know how difficult it is for people in this country, we do not make our recommendations lightly." 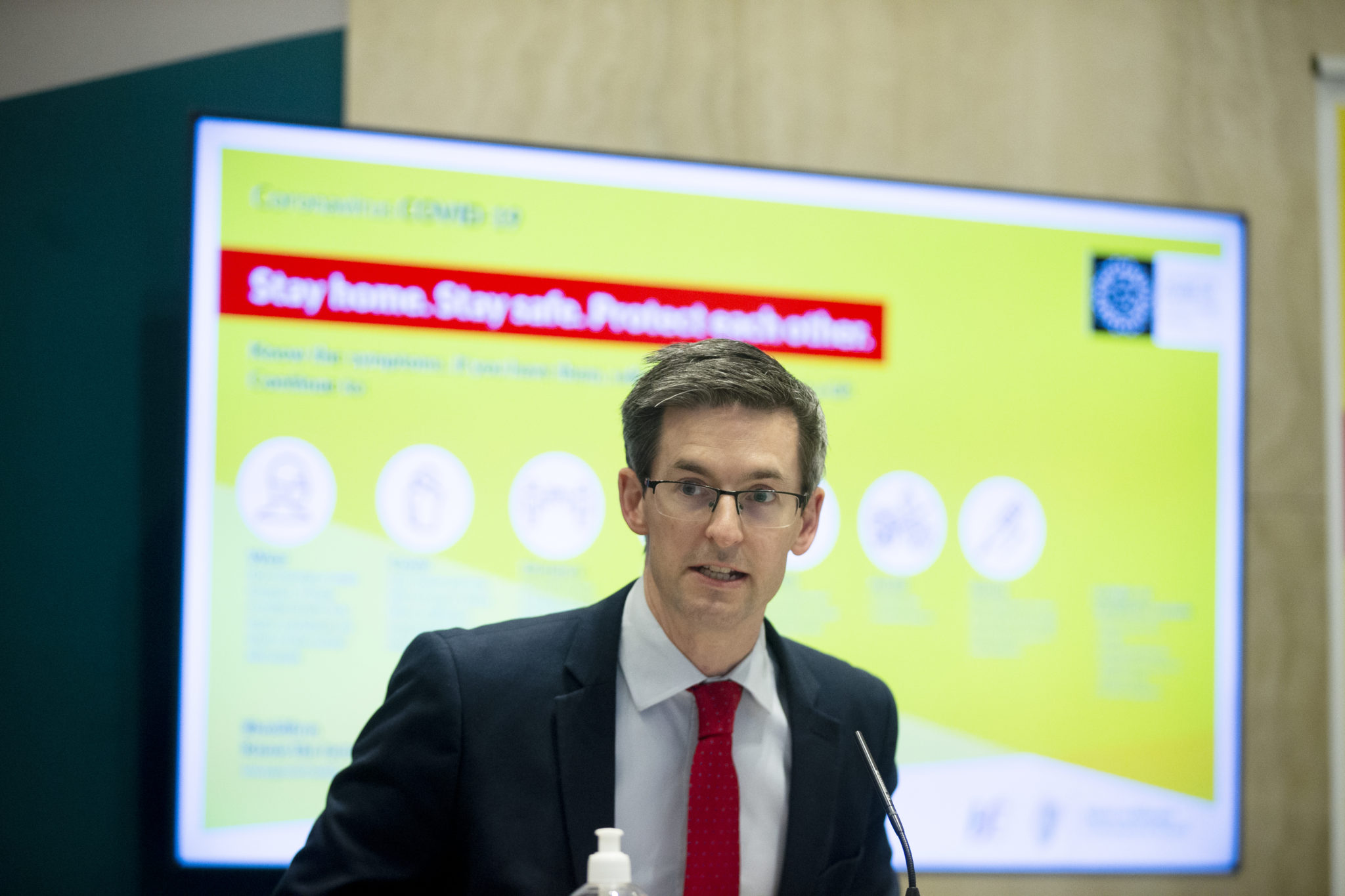 Dr Ronan Glynn speaking at a COVID-19 briefing in the Department of Health. Photo: Sam Boal/Rollingnews.ie

Speaking to Newstalk Breakfast with Susan Keogh, Dr Favier said public health officials have a "thankless job" in communicating the restrictions and advice to the nation.

"I think the furore came from a place, and this is what Ronan Glynn was acknowledging, that people are tired, they're exhausted," she said.

"I think the point is well made that those who are listening to his briefings tend to be the ones most likely to be observing the restrictions.

"Ronan Glynn is trying to do an extraordinary job as a public health expert to communicate messages consistently and clearly and truthfully and it's a fairly thankless task.

"We're like people who want to get out of jail for good behaviour.

Dr Favier added that such a response is "absolutely valid" but not one that can be achieved during the pandemic until the population is vaccinated.

She explained: "It's trying to communicate into that gap and to try and encourage and acknowledge but still give that really important information that people are starting to move around more, they're starting to socialise more, social contacts are going up, and the majority of COVID in this is got through social contact and in people's home.

"It's a very difficult message to deliver, it's one that has to be delivered day in, day out."

She said that a short clip shared online "can be played and get distorted", with some context to the messaging lost.

Dr Favier believes that "the broader message is correct" and that "most people get it".