An ancient Egyptian priest is speaking to UK scientists from beyond the grave. Researchers at Lee...

An ancient Egyptian priest is speaking to UK scientists from beyond the grave.

They then linked it up to an electronic larynx and loudspeaker to hear what his voice might have sounded like.

The next step is to develop a computer model to move the vocal tract and create actual words – but for now, the sound is more of a groan from the grave.

The priest was named Nesyamun and lived under the pharaoh Ramses XI in or around the beginning of the 11th century BC.

His mummy was unwrapped in 1824 and scientists have discovered that he died in his 50s – possible as a result of an allergic reaction.

walk into a room. pic.twitter.com/SPOBNLm0eC

They have suggested he suffered an insect sting on his tongue, explaining why the mummy has his tongue sticking out.

He also suffered from gum disease and had severely worn teeth.

The researchers were able to determine the dimensions of Nesyamun’s vocal tract by giving the mummy a CT scan. 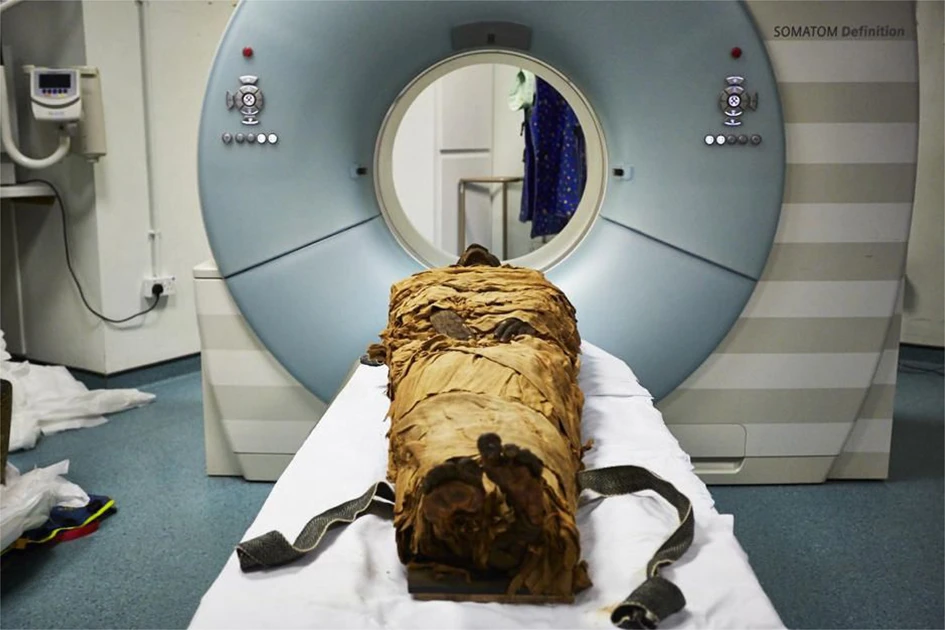 The mummified remains of ancient Egyptian priest Nesyamun ahead of his CT scan. Image: Leeds Museum and Galleries

Professor David Howard, co-author of the study, said the sound they created is “the sound of his vocal tract in the position he is lying in the sarcophagus.”

The vocal tract produces sound by passing air through the larynx – and the authors said the resulting sound is unique to each person.

You love to see it. pic.twitter.com/p9dVgrjWEc

Dr Howard told the Guardian that: “Our larynx sound is electronic and if that sound were produced by Nesyamun, he would be passing lung air outwards via his larynx where his vocal folds would be vibrating to create the same effect.”

He has previously used the same method to reproduce the vocal tracts of living people, including his own and has found the results to be “very realistic.”

The results of the study were published in the journal Scientific Reports. 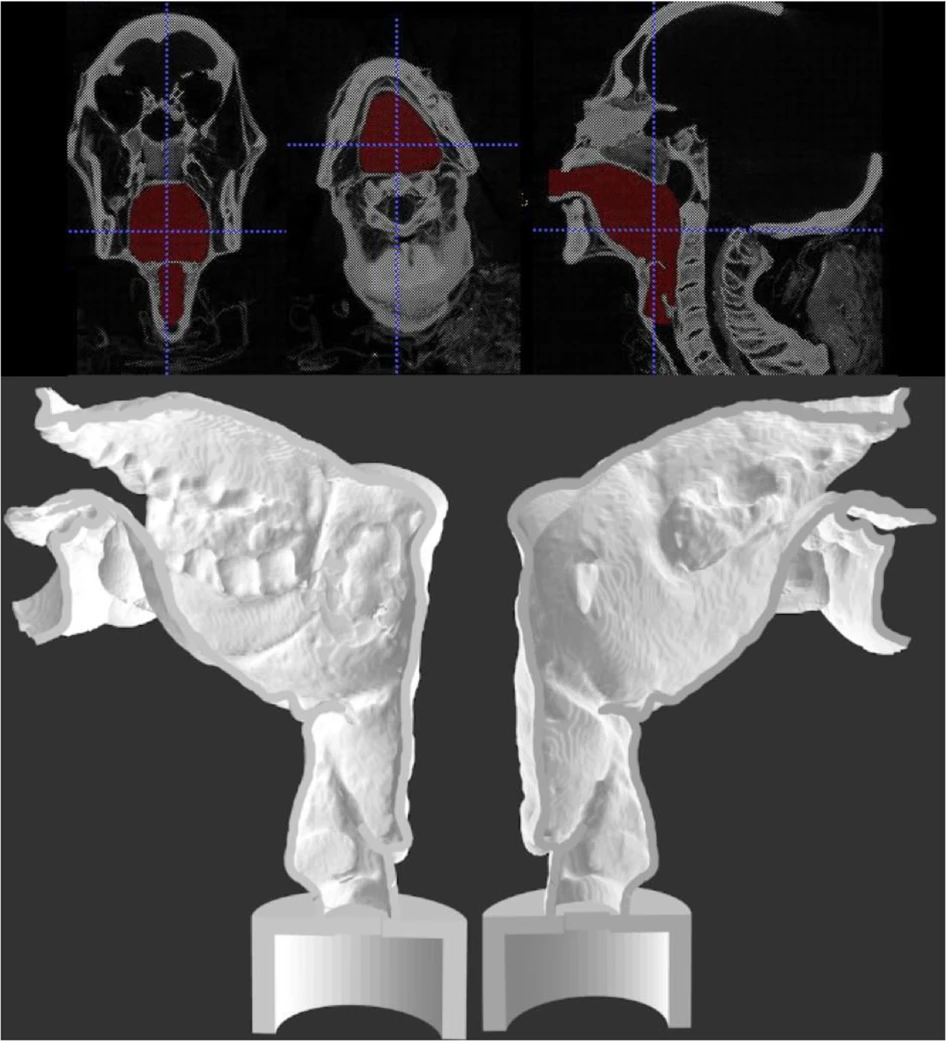 A model of the larynx of ancient Egyptian priest Nesyamun. Image: Leeds Museum and Galleries