An Post has warned customers that last-minute international letters and parcels will be impacted ...

An Post has warned customers that last-minute international letters and parcels will be impacted by transport disruption in Britain.

However the firm says it is "doing everything possible" to keep supply lines open.

It comes amid mouting queues at British ports for EU destinations as several states, including Ireland, impose a 48-hour travel ban due to a new strain of the coronavirus there.

Air freight capacity has already been seriously impacted this year by COVID-19 restrictions.

As a result, practically all incoming and outgoing international letters and parcels are conveyed by ferry through Britain.

While freight is still moving between Britain and Ireland, there are significant delays and long tailbacks with hundreds of container trucks waiting to board ferries.

An Post says transport disruption is impacting some letters and parcels to and from Ireland, while Brexit preparations continue.

The postal company says it is handling "record volumes" of national and international parcels and letters this Christmas.

In an update it says that all e-commerce parcels received, in line with the deadlines advised to large online retailers, are on-track and will be delivered to customers by Christmas Eve. 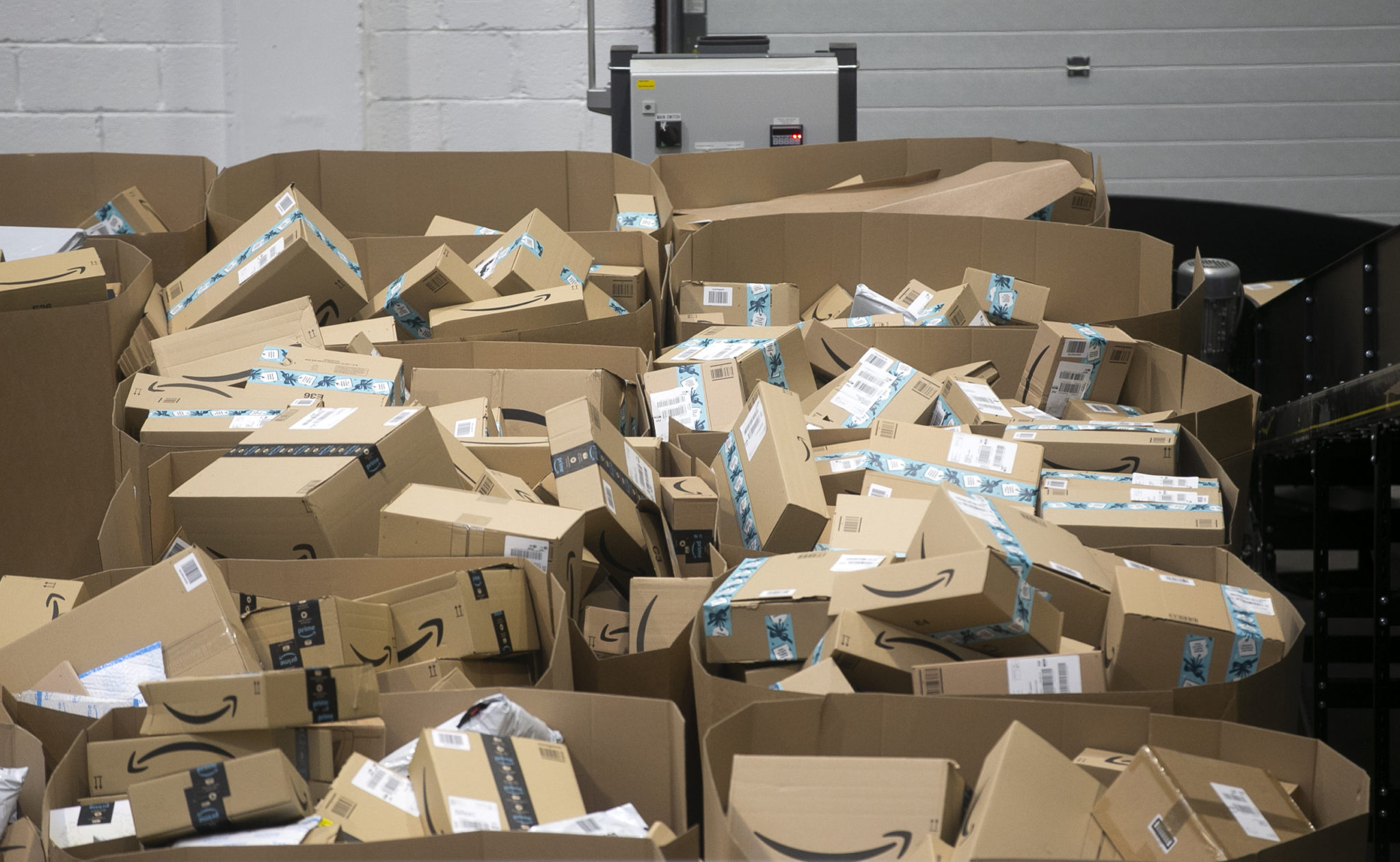 Cardboard boxes on conveyor belts for delivery at An Post's automated Parcel Hub in Dublin in 2019. Picture by: Sam Boal/Rollingnews.ie

While all international Christmas cards and smaller parcels received into Ireland in line with advised posting dates are on schedule to be delivered by Thursday December 24th.

And all parcels and cards posted nationally today for delivery across the Republic of Ireland will be delivered in time for Christmas.

But it says that 'last-minute' post to and from Ireland to Britain and the rest of Europe will be impacted by the 'serious disruption' to international supply lines via the UK.

'Outside An Post's control'

Garrett Bridgman, managing director of An Post Mails and Parcels, says: "We'll do everything within our power to maintain the flow of incoming and outgoing international mail.

"However, current issues affecting transportation are increasingly outside the control of An Post as more European countries including Belgium, Sweden and Germany - one of our largest incoming mailers - temporarily suspend all dispatches to Great Britain".

"Through planning and early advice on deadline posting dates, we have been able to avoid the delays and disruptions being experienced in other countries as a result of COVID restrictions and unprecedented volumes", he adds.

Tuesday is the last day for posting Christmas cards and parcels within the Republic of Ireland, for guaranteed delivery in time for Christmas.

More than 3.3 million parcels were delivered in the last week alone - up from one million during the same period last year - together with more than five million Christmas cards daily.

Post offices will remain open until 1.00pm on Christmas Eve for posting and other services and will re-open on Wednesday December 30th.