Several actresses have walked out of the Cesar Awards ceremony in Paris, after Roman Polanski won...

Several actresses have walked out of the Cesar Awards ceremony in Paris, after Roman Polanski won best director.

A film by 86-year-old, who is facing a historical sex assault claim against him, also picked up two other awards.

However he was not at the event on Friday evening, saying earlier that he feared for his and his family's safety.

In a statement this week, the French-Polish director said the ceremony was turning into a "public lynching".

Among the actresses who left the venue in protest was Adele Haenel, who last year revealed she had been sexually abused as a child by another director.

The 'Portrait of A Lady On Fire' star told The New York Times before the ceremony that France had "missed the boat" on #MeToo and criticised the Cesars for recognising Polanski.

"Distinguishing Polanski is spitting in the face of all victims. It means raping women isn't that bad," she said. 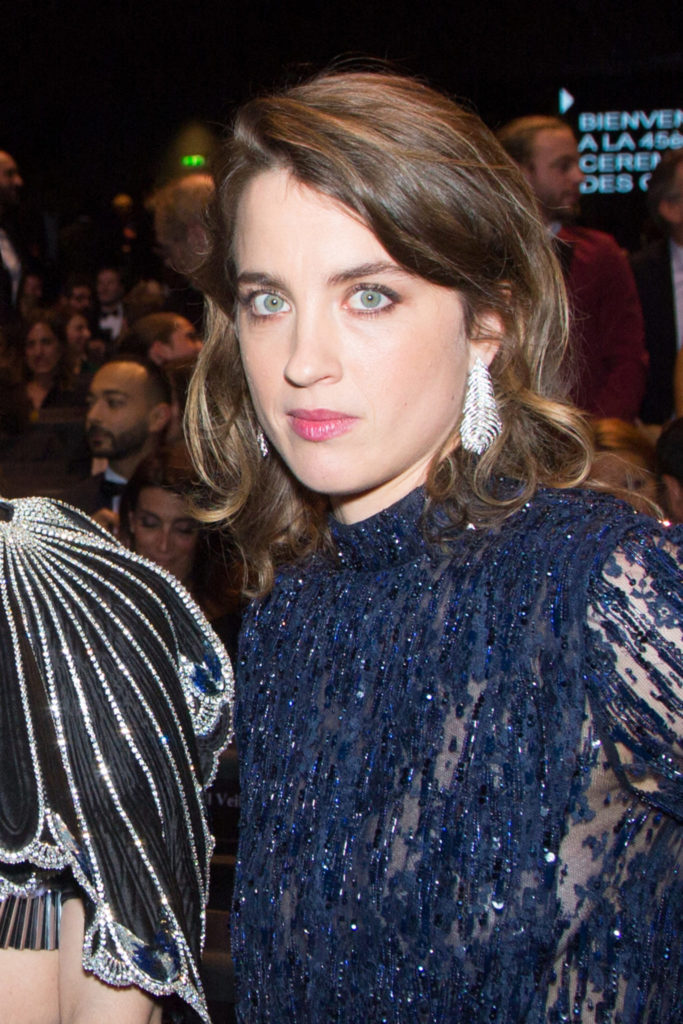 Earlier this month, the entire Cesar board resigned en-masse after weeks of controversy over Polanski's film.

The largely-male board of academy directors said the unanimous decision was made in a bid to "honour those who made films in 2019, to regain serenity and make the cinema festival a celebration".

As the biggest names in French film arrived at Paris' Pleynel concert hall, an anti-Polanski protest was held nearby.

Some demonstrators clashed with police while others peacefully waved placards criticising "an industry that protects rapists". 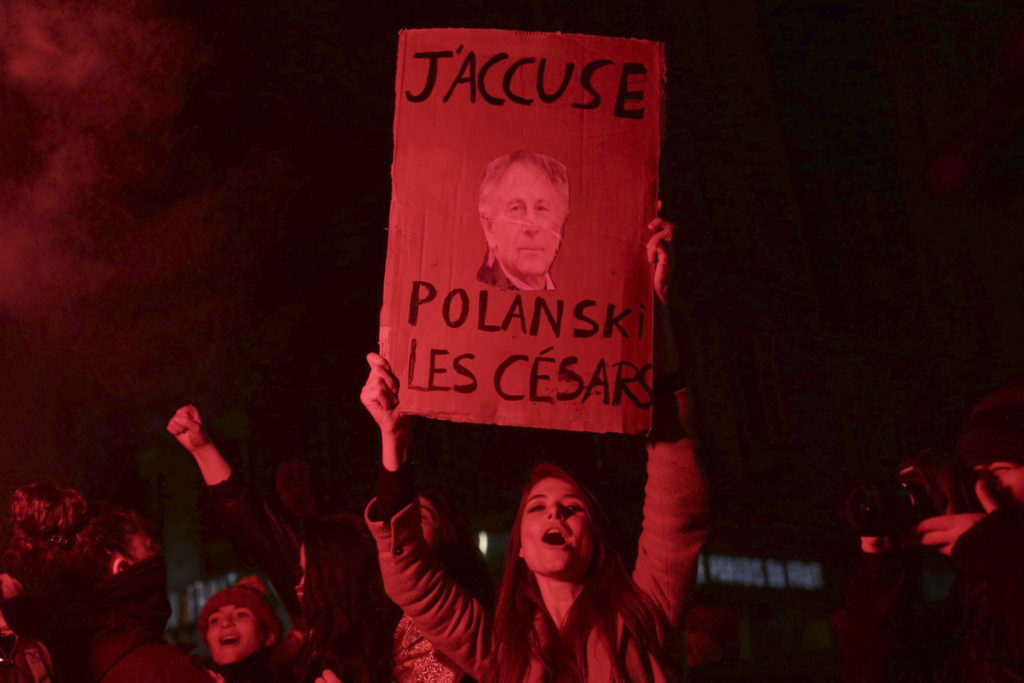 A woman holds a poster reading "I accuse Polanski, the Cesar" near the venue of the Cesar awards ceremony in Paris | Image: Rafael Yaghobzadeh/AP/Press Association Images

Last year a French actress accused Polanski of raping her in 1975 when she was 18-years-old during a ski holiday in Gstaad, Switzerland.

Polanski has denied the accusation.

The director also fled the US after pleading guilty in 1977 to having unlawful sex with a 13-year-old girl in Los Angeles.

It comes in the same week that film producer Harvey Weinstein was convicted for sexual assault and rape, which marked a milestone for the #MeToo movement.

Polanski has previously pointed the finger at Weinstein for whipping up negative publicity about him in a bid to prevent his 2003 film 'The Pianist' winning an Oscar.