Over 4,000 new homes completed in the first three months of this year

A total of 4,275 new homes were brought on to the market in the first three months of this year, according to the Central Statistics Office.

The CSO said the figure marks a 23.2% rise on the same period last year.

Scheme dwellings made up 60% of the new builds, with single dwellings accounting for 25.7% and apartments 14.3%.

Sinn Féin housing spokesperson Eoin Ó Broin said the figures indicate the Government is “way behind” on its target of building an average of 25,000 new homes every year from 2016 to 2021.

However, the Housing Minister Eoghan Murphy said the figures are encouraging.

“In order to properly address homelessness, affordability and the challenges in housing, we need to fix supply,” he said. “These numbers show that this is happening.”

Todays @CSOIreland New Dwelling Completion data shows that the Govt is way behind the @RebuildingIRL target of an average of 25,000 new homes every year from 2016 to 2021. #RaiseTheRoof #May18 (h/t @Trickstersworld) pic.twitter.com/aTaU8bY1JY

Minister Murphy said that, if you measure from March 2018 to March of this year, 22,242 new homes became available for use – a 19% increase on the previous 12 months.

He said nearly 19,000 of these were brand new homes – while 2.622 vacant homes were brought back into use and 792 unfinished homes were completed.

“Increasing new builds, tackling unfinished estates and bringing vacant homes back into use are all targeted as priorities in Rebuilding Ireland, so it is very positive to see that we are continuing to make significant progress in these areas,” he said.

He insisted the programme is “bearing fruit” but warned that authorities must not “become complacent and we must continue to work together to tackle the issue of housing supply.”

Minister Murphy will be appearing on The Pat Kenny Show tomorrow morning to discuss the figures. 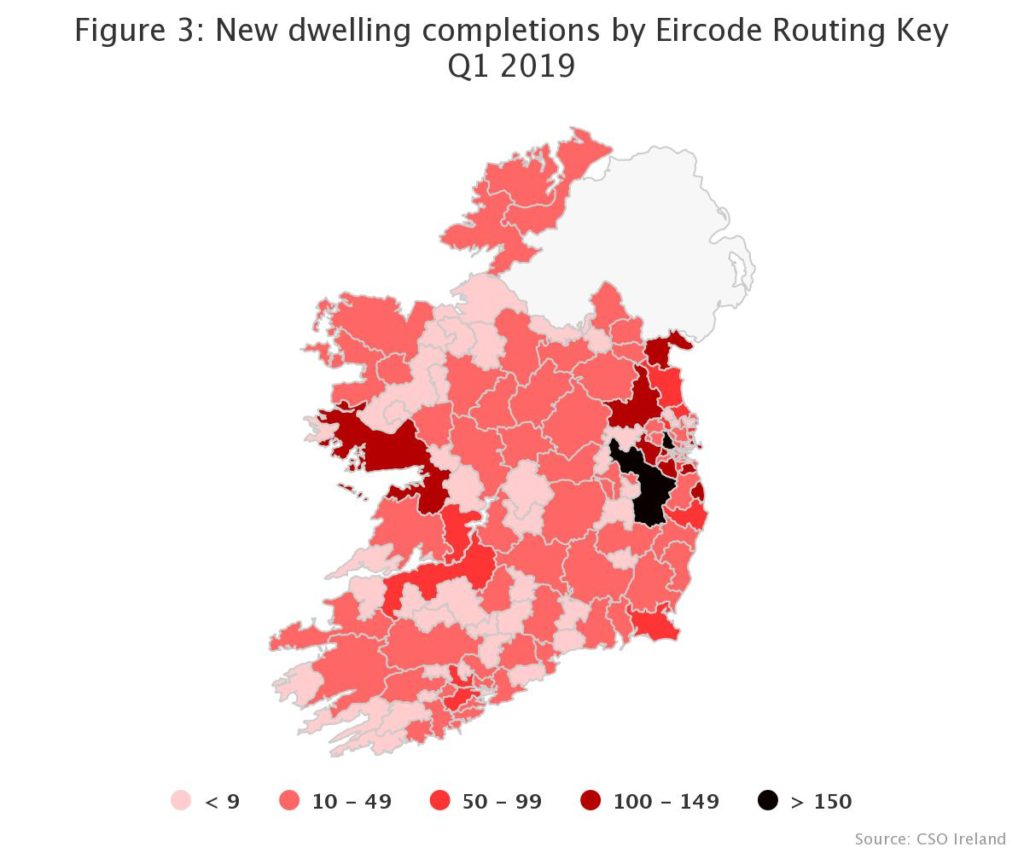 According to the figures, nearly 80% of the new homes were built in urban areas – with 60% built in Dublin and the mid-east of the country.

The local area with the highest number of new homes was Dublin 15 with 215. 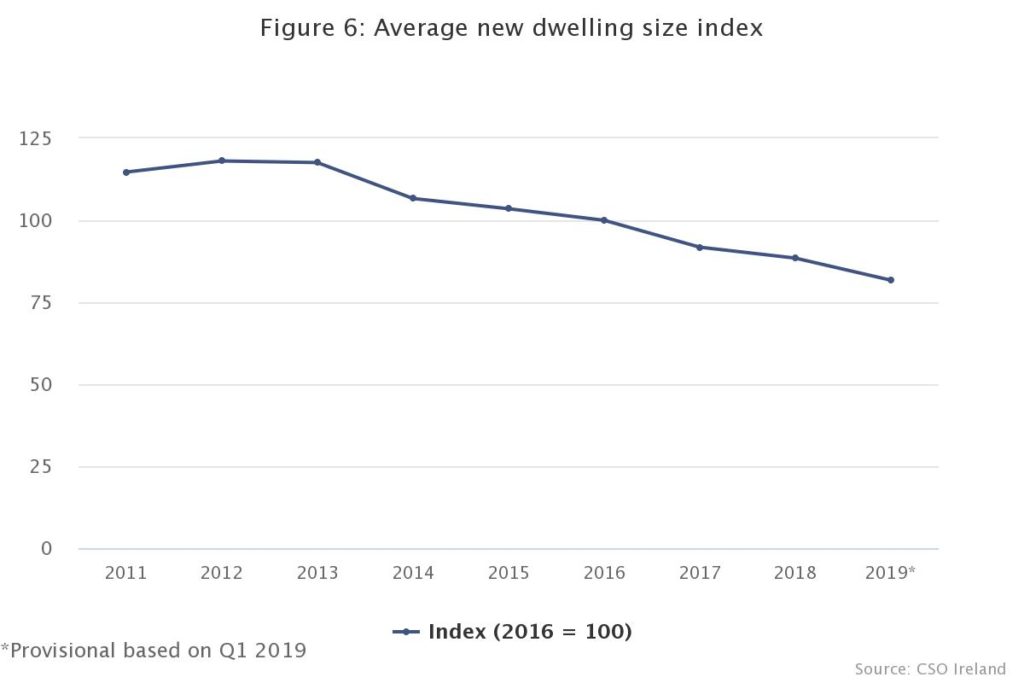 The size of the new homes fell by 7.6% according to the data. The CSO said this was mainly due to a decrease in the size of scheme dwellings.

It has adjusted for this by using additional information from the ESB and other sources and said future estimates will become more precise in the future.