Lydia Cummings is a 40-year-old mother of two young teens, recently returned to live in Ireland ... 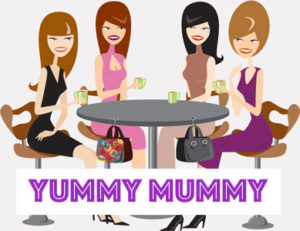 Lydia Cummings is a 40-year-old mother of two young teens, recently returned to live in Ireland from Australia. Her husband’s sales director's role in Ireland’s booming IT sector offers the family a dream home in Kildare, and Lydia, a new-found wealth and freedom. She is befriended by a well-heeled neighbour, Anna, who introduces her to a tight circle of 'ladies who latte' - Anna, Sophie and alpha female, Natasha. Losing a grip of her formerly down-to-earth home life, Lydia immerses herself in a Paltrow-esque existence where food is designer, fashion is a religion, and showcasing a ‘curated’ lifestyle is paramount...

PODCAST: Yummy Mummy is broadcast as part of the Drama On Newstalk Series, which showcases the best of original, homegrown and groundbreaking Irish Radio Drama. Podcast full series here: https://www.newstalk.com/podcasts/drama-on-newstalk

In the new Irish Radio Drama, 'Yummy Mummy', writers Aisling O’Connor & Siobhan Clarke, set out to create a story that spoke to modern Irish women who yearn for value and acceptance beyond the realm of the family home. This drama, set during the latter stages of the recession, exposes the underbelly of the lifestyle phenomenon which gripped Irish culture during this time. The sub-theme looks at how non-career women can feel displaced by society once their children are reared, leading them to seek value in the veneer of looks and lifestyle.

The drama looks at Irish culture’s obsession with a visibly curated lifestyle through a group of middle class women who rely on it in order to be valued via feelings of superiority and desirability. In this context the production is timely for Irish audiences as it offers an inside view of our society’s insecurity-driven pursuit of perfection.