A 73-year-old man who spent 57 days in Intensive Care battling COVID-19 has received a hero's we...

A 73-year-old man who spent 57 days in Intensive Care battling COVID-19 has received a hero's welcome home in Co Kildare.

Ollie Doyle left hospital on Friday after five and a half weeks in a coma.

Hundreds of people gathered in Kildare town to welcome him home earlier.

There was a band, singers, friends and neighbours - as well as Kildare GAA flags and banners, describing Mr Doyle as 'the comeback kid'. 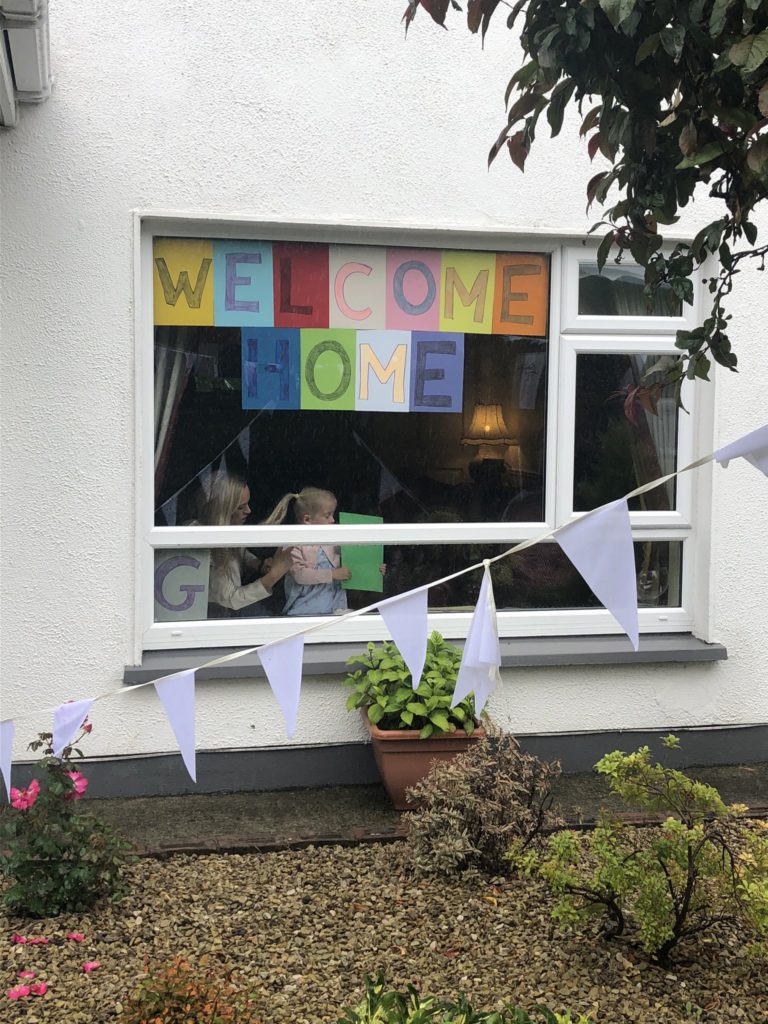 Mr Doyle said: "I was emotional, I couldn't stop crying.

"I'm not that sort of a person, I could not believe it".

"Sure where would you get the like of it - you'd think I was the Lord Mayor of Kildare".

He has spent time in hospital in Tullamore, Tallaght and Naas.

He has also battled cancer previously.

On this, he said: "I went through hell and back - first they gave me prostate cancer, and I thought I was finished with that.

"They they loaded me with myeloma, and then this virus then as well all on top of me in a short space of time.

"But with my wife here, which was a rock to me, kept me going, saved my life because when I took very bad on the night - she rang every hospital I think in Dublin.

"Tullamore saved my life - I was eight weeks and a day in ICU.

"I hope no one ever gets it or experiences what I went through - it was horrendous, horrendous.

"I thought I could never get through it, but the fight for Anne and my family - I wanted to see them again - and it's a miracle." 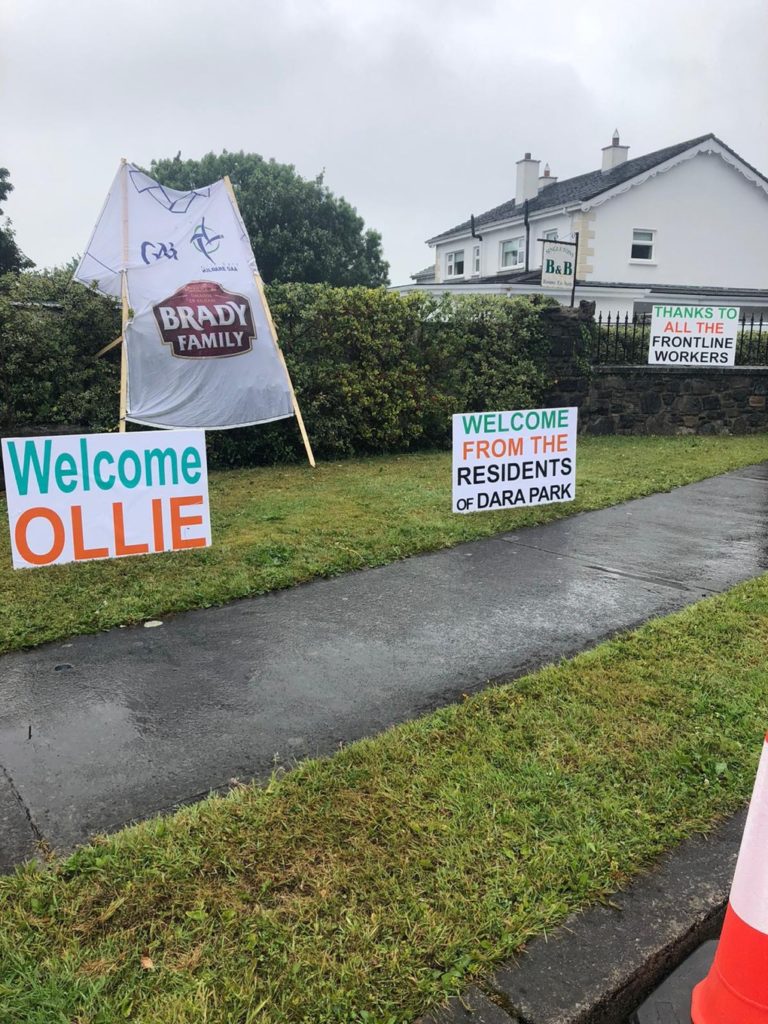 "I'm well, my family is well, they've done me proud and I can't say anymore than that."

"The doctors, I had them baffled, they don't understand how I lived."

"I have to say Tullamore - the nurses and the doctors - and of course Tallaght, Professor Enright and Dr Barry.

"They were absolutely fantastic".

He also praised all the nurses involved in his care.

"I had no muscle left, I couldn't even open the neck of a bottle to take a drink.

"They had to everything [for me] - feed me, I had to learn how to walk, talk and eat again.

"I went through to learn how to walk and talk and eat twice, with the myloma as well.

"I don't think there's a man on the planet would come through that, it was something else". 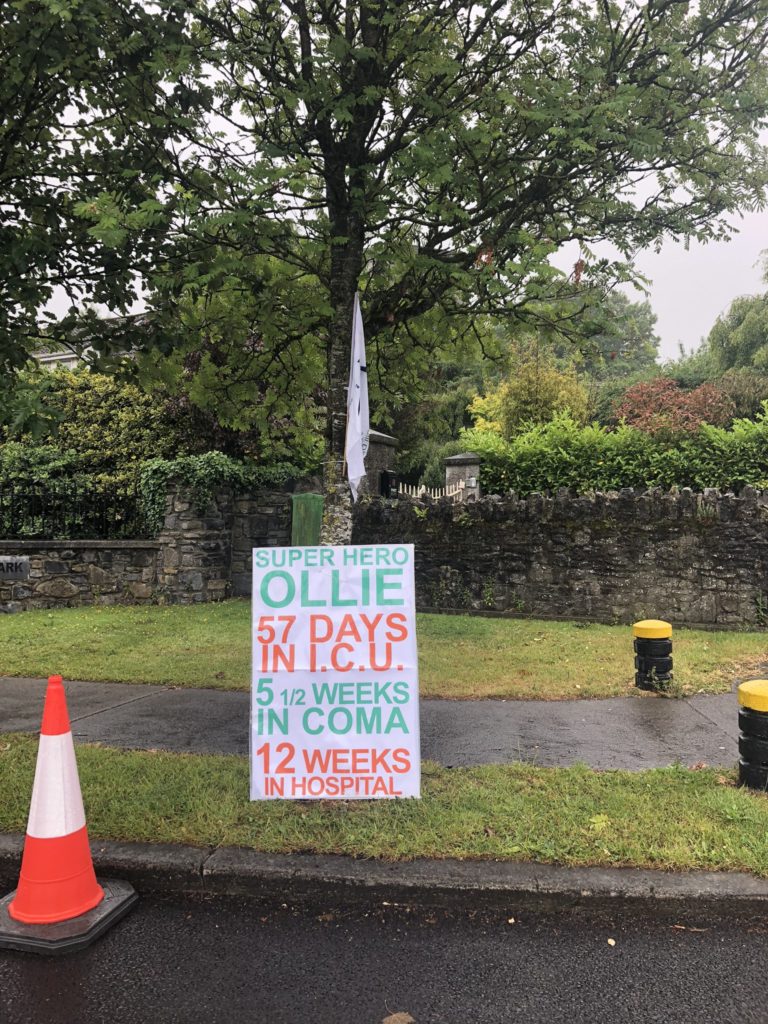 Ollie had promised his daughter, Orla, that he would walk her up the aisle.

"This time I promised, I said: 'You have no doubts, I'll walk up that aisle and I'll give you that promise'".

Orla said they family was "teary" leaving the house to go and collect her dad from hospital.

"I will say to Dad we never lost faith in him, we always knew he was going to come home and there was never a doubt in our minds.

"Mam might have wilted a few times, but in my mind I always knew he was coming home to us".

"He's a small man, but he's a mighty man and he is as strong as an ox.

"I think even the doctor, when he arrived back in Naas, said 'this man is a miracle sitting in the bed - he shouldn't be here but he made it through'.

Mr Doyle added: "It's fantastic, but I'd say one thing: you have to have a  family behind you, and by God was this family behind me".

This evening on The Hard Shoulder, we meet 73-year-old Ollie Doyle, who received a hero’s welcome today in Kildare after spending 57 days in ICU with Covid-19 👏 pic.twitter.com/ag4Kaykrp1