Farmers have left the St Stephen's Green area of Dublin city centre following a protest that caused traffic chaos for over 24 hours.

However, they are warning they'll return to disrupt Dublin streets if action isn't taken to address the problems in the sector.

The protesters are also demanding that injunctions against two farmers as a result of the meat blockades be dropped.

Solicitor PJ Jones - who has been put forward as a spokesperson for the farmers - says if the injunctions are not lifted today, the protests will escalate.

He said: "Nobody wants to bring this city to a standstill between now and 24th December.

"But if that's what has to happen, and the Department digs their heels in on this, then that's what's going to happen - and instead of being 50 tractors here today, you might see 500 on Friday."

Earlier, Agriculture Minister Michael Creed met with farmers earlier who had been protesting near the Dáil.

The group said they were highlighting the challenges in the sector, and that they would not leave until Mr Creed met them.

The protest was organised by a number of individual farmers.

Mr Creed met a number of farmers outside the Shelbourne Hotel just before 7.30am on Wednesday.

One protester said they had a letter for Mr Creed, which he said he would take.

A number of other farmers then asked the minister about injunctions, to which Mr Creed said that the courts are independent.

He then addressed the group.

Minister Creed said: "I have, since the beef talks were concluded and since on the 14th of October we tried to convene the beef market taskforce, being trying to arrange the reconvening of that taskforce.

"I have met with the Department of Justice, the Minister for Justice, MII, I've spoken to farm leaders, I've been involved with the chairman who's been involved in bilateral discussions.

"If it was an easy thing, it would have been done long ago."

He also said he is "acutely conscious" that there are many issues impeding the reconvening of it - specifically injunctions.

"We are trying to work to get a solution to that - it's not easy, because people have been threatened and that's not an easy thing".

This was greeted with whistles and shouts of 'lies' and 'that's a false statement' from a number of farmers.

Mr Creed added: "If I could do it... I've made statements publicly that I would like to see the injunctions lifted".

Following this, he  met with five of the farmers at the Department of Agriculture.

The farmers initially had said they would remove the tractors that are causing the traffic chaos, if the minister came to meet with them.

However, they later said they wanted the Agriculture Minister to apologise for claiming death threats were made against management at C&D Foods.

Gardaí confirmed that they have received no formal complaint of a death threat in relation to the pet food company.

Minister Creed has insisted he hasn't made any link between the alleged threats and those involved in beef protests. 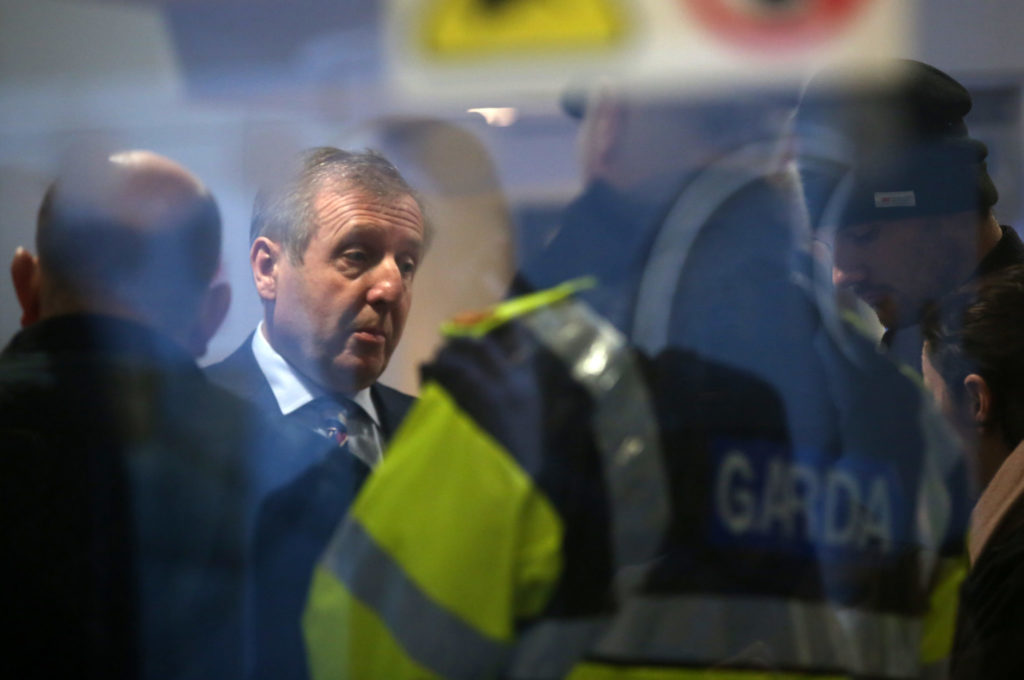 Farmers have slept out overnight in tractors parked around St Stephens Green.

They now say they won’t go until Minister Creed resigns. They’re unhappy with statements he made in the Dail yesterday. pic.twitter.com/p9wKiiUgte

The protest caused major disruption for commuters with many streets closed and several bus routes affected.

More information about affected routes can be found on the Dublin Bus website. 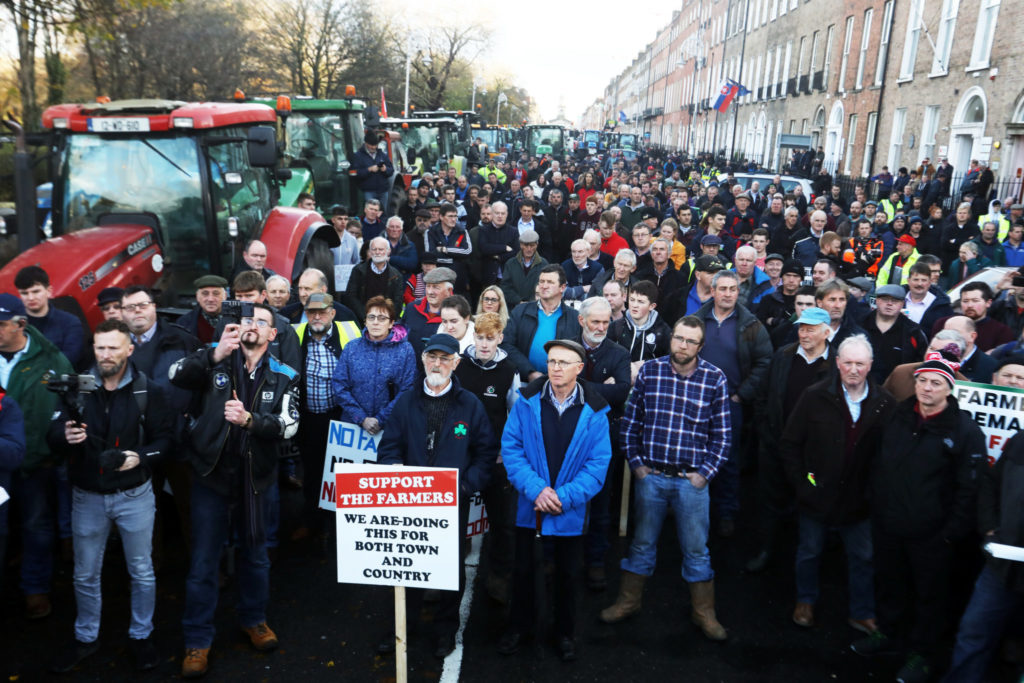 Farmers at Merrion Square in Dublin at a protest that has been organised by a number of individual farmers | Image: Leah Farrell/RollingNews.ie

Edmund Graham is chair of the Irish Cattle and Sheep Farmers Association (ICSA), which is not involved in the protest.

Speaking earlier, he claimed a demonstration was "inevitable" given the hardships facing farmers.

"After we say summer of discontent at the meat factories, a deal was reached.

"The most important thing in the deal actually was the taskforce and it hasn't been set up because one of the players in the meat industry refuses to lift two injunctions - and this is holding up the whole show.

"They just won't engage on price with the farmers on the ground".

"It’s time for Minister Creed to get serious and take control of the situation once and for all. Patience has run out and frustration is mounting by the day.”