UEFA has declined a request to light up the Allianz Arena in the gay pride colours for Germany's Euro 2020 match against Hungary.

The request was made by the mayor of Munich Dieter Reiter, backed by local councillors from all parties, who said that they wanted to protest against a new law in Hungary that bans information deemed to promote homosexuality and gender change being shared in schools.

The law also restricts the media from showing content with homosexuality in programming accessible to minors.

The exterior part of the Munich stadium, home to Bundesliga club Bayern Munich, is configured to light up in different colours but UEFA are refusing to allow it be lit up in the rainbow colours, which represnt the LGBTQ+ community.

"Uefa has yesterday received a request from the mayor of Munich, Dieter Reiter, on behalf of the city council, to have the arena in Munich illuminated in rainbow colours at the upcoming Uefa EURO 2020 group stage match between Germany and Hungary," reads the statement from the organisation.

"In this letter, the mayor outlines the reasoning behind this request to be a political decision which has been taken by the Hungarian parliament. 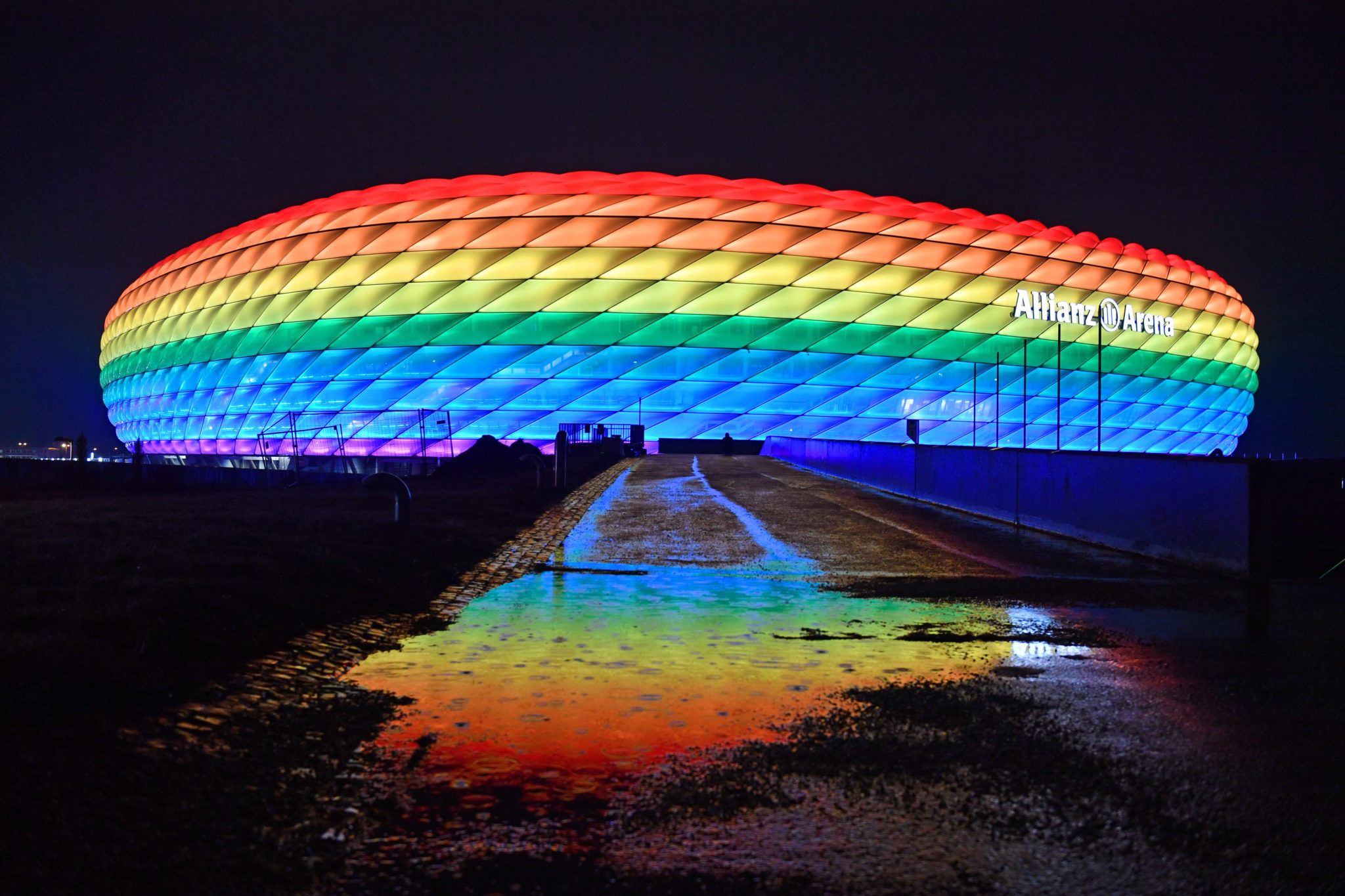 "However Uefa, through its statutes, is a politically and religiously neutral organisation. Given the political context of this specific request — a message aiming at a decision taken by the Hungarian national parliament — Uefa must decline this request.

CSD, as it is known, is held in memory of the Stonewall Riots which were the first big uprising of LGBTQ+ people against police assaults and occurred in New York in 1969.