Ireland can't afford to sit back against Portugal | Stephen Kenny

Republic of Ireland manager Stephen Kenny insists his team must carry an "attacking threat" if th...

Ireland can't afford to sit back against Portugal | Stephen Kenny

Republic of Ireland manager Stephen Kenny insists his team must carry an "attacking threat" if they're to get a result in Portugal tomorrow.

Faro's Estadio Algarve Stadium will play host to the first competitive meeting between the sides since 2001.

The teams have enjoyed a contrasting start to qualifying for next year's World Cup with Portugal currently top of Group A with seven points from their opening three games.

Ireland lost their opening two fixtures against Serbia and Luxembourg ahead of making the trip to face the Nations League holders.

"We have to have belief in ourselves to carry an attacking threat and that’s certainly our ambition," Kenny said at this evening's press conference. 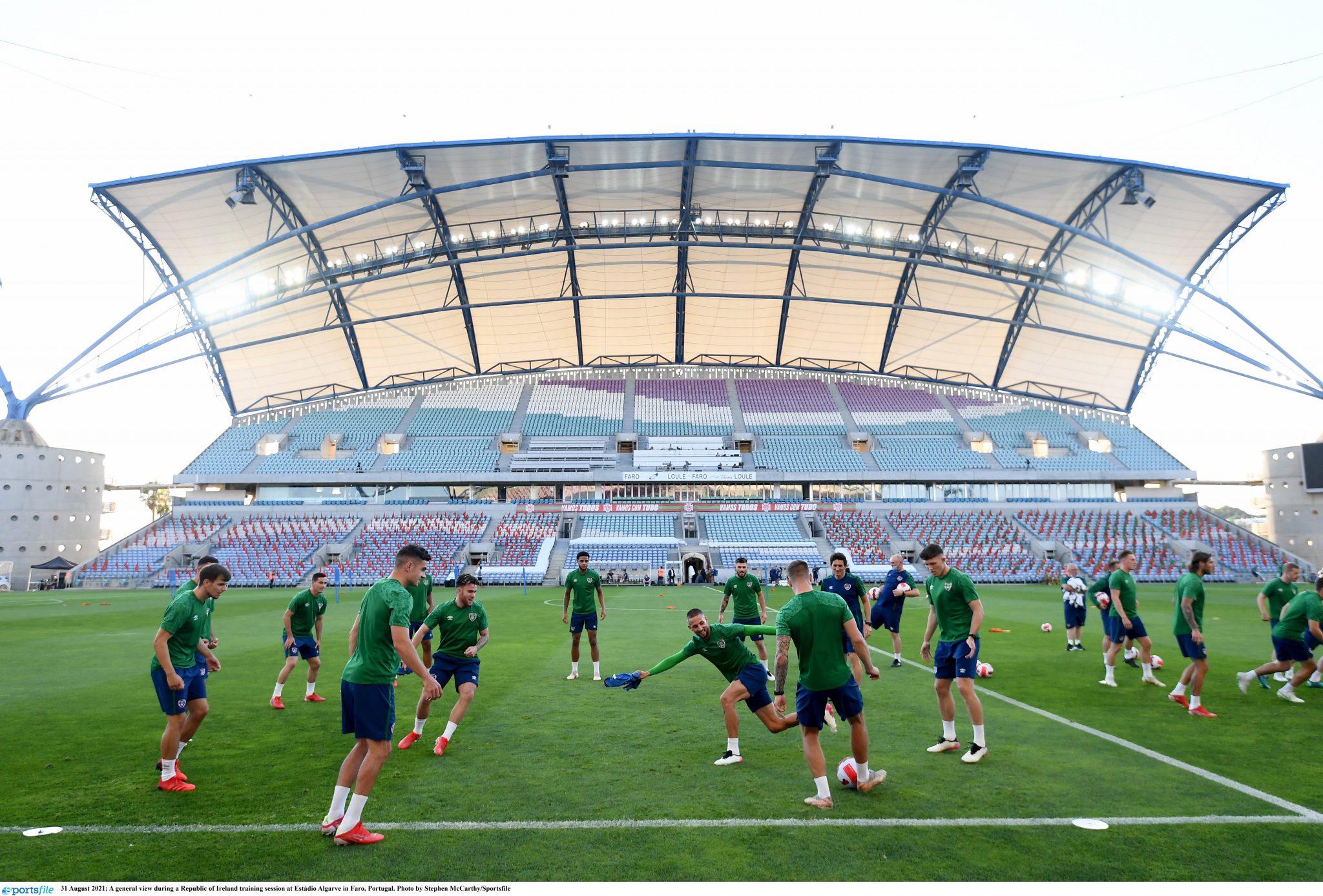 Getting the right balance

Kenny watched Portugal's matches against Germany and France at this summer's European Championships but he says the focus must be on his team's setup.

"They’re the Nations League holders and the previous European champions so they’re a very strong team regardless. But we’re really focusing on ourselves, we’ve done our homework on Portugal, we know their strengths, but we want to focus on ourselves and putting in a really strong performance here tomorrow night.

"It’s the balance between experienced players and young players. You can see the connection between them and there is a good rapport, and we need to see that manifest itself into strong performances this week.

"They’ve got a lot of good players all over the park and from our point of view, it’s a great game for us. It’s an important World Cup qualifier and the players, we feel, we’ve got a lot of potential in our team.

"We’ve blooded a lot of players, we’ve given 11 players their competitive debut, we’ve given other players some friendly games.

"We’re looking to see even more progress, we had a good June window and we want to carry that into this window, starting with the game against Portugal and we’re looking forward to the game."

Fears over Omobamidele as Molumby ruled out of Portugal qualifier