On Wednesday, the most recent update to the game that was released in late August saw the QB added to the free agents list to be selected in franchise mode or added to any team in play now mode.

In a statement made by EA on the Madden NFL 21 Twitter page, the game developer explained the decision to add Kaepernick back to the game.

"Colin Kaepernick is one of the top free agents in football and a starting caliber quarterback," the statement said.

"The team at EA SPORTS, along with millions of Madden NFL fans, wants to see him back in our game.

"We've had a long relationship with Colin through Madden NFL and worked through our past soundtrack mistakes."

Kaepernick has a rating of 81 in the game, which is higher than several notable QBs in starting positions for their teams, including Cam Newton (78), Josh Allen (77), Kyler Murray (77), Derek Carr (79) and Ryan Tannehill (80).

EA SPORTS said in their statement that Kaepernick is a high-quality player that deserves to be a starting QB.

"We want to make Madden NFL a place that reflects Colin's position and talent, rates him as a starting QB, and empowers our fans to express their hopes for the future of football."

"We've worked with Colin to make this possible, and we're excited to bring it to all of you today."

The 32-year-old last made an appearance in the video game franchise in 2016, while he was still the starting quarterback for the 49ers.

Kaepernick went into free agency after the 2016 season, during which he would consistently kneel during the singing of the American national anthem in protest against the systemic racism in America. 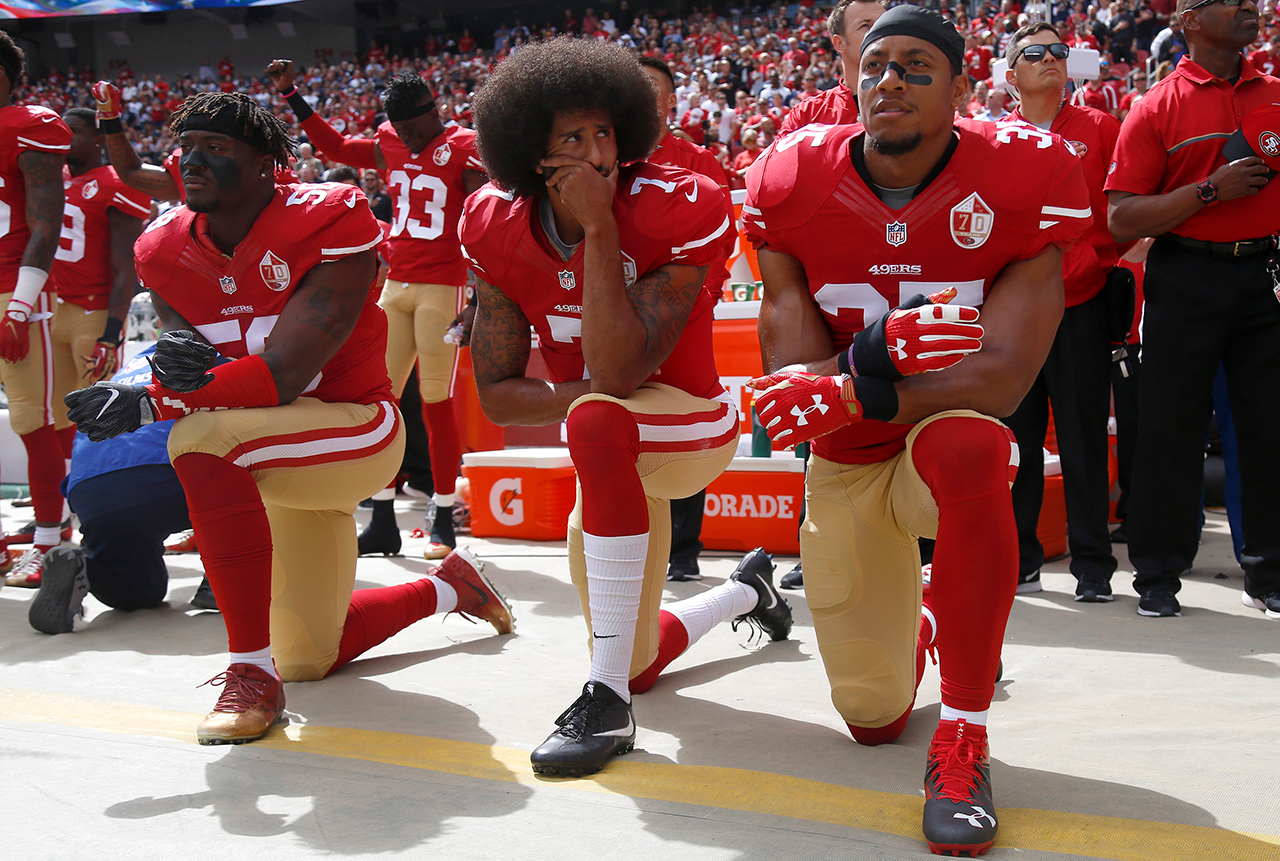 Kaepernick has since said that he has been prevented from playing football since then due to his protests, with others stating that he had been "blackballed".

He has become a symbol of the protests currently being carried out in America against police brutality.

The move to bring Kaepernick back to the Madden NFL franchise comes in the wake of numerous sporting protests against police brutality and systemic racism in the United States over the past couple of weeks.

The NFL had in 2018 outlawed kneeling during the American national anthem, with teams being fined if one of their players did so.

This decision was overturned earlier this year, in the wake of George Floyd's death while in police custody.