Finn Harps will play Premier Division football for a fourth consecutive season after a final nigh...

Ollie Horgan's side produced their biggest league win in over three years by hammering Longford Town 5-0 in Ballybofey.

Those three points, coupled with Waterford's scoreless draw at home to St. Pat's mean Harps preserved their top-flight status, with Marc Bircham's Blues condemned to a promotion-relegation playoff with UCD next week.

Will Seymore poked Harps' noses in front at Finn Park with half an hour played.

A big goal at the foot at the table as Finn Harps take the lead against Longford Town. pic.twitter.com/EMJGzzmTRY

Karl Sullivan made the points safe for Harps, just six-minutes after the restart. And Tunde Awolabi's 10th goal of an impressive first season in the North-West made it 4-0.

Waterford picked the worst night to stretch their winless run to five matches. They finish the regular season two points adrift of Harps after that goalless draw with Pat's. 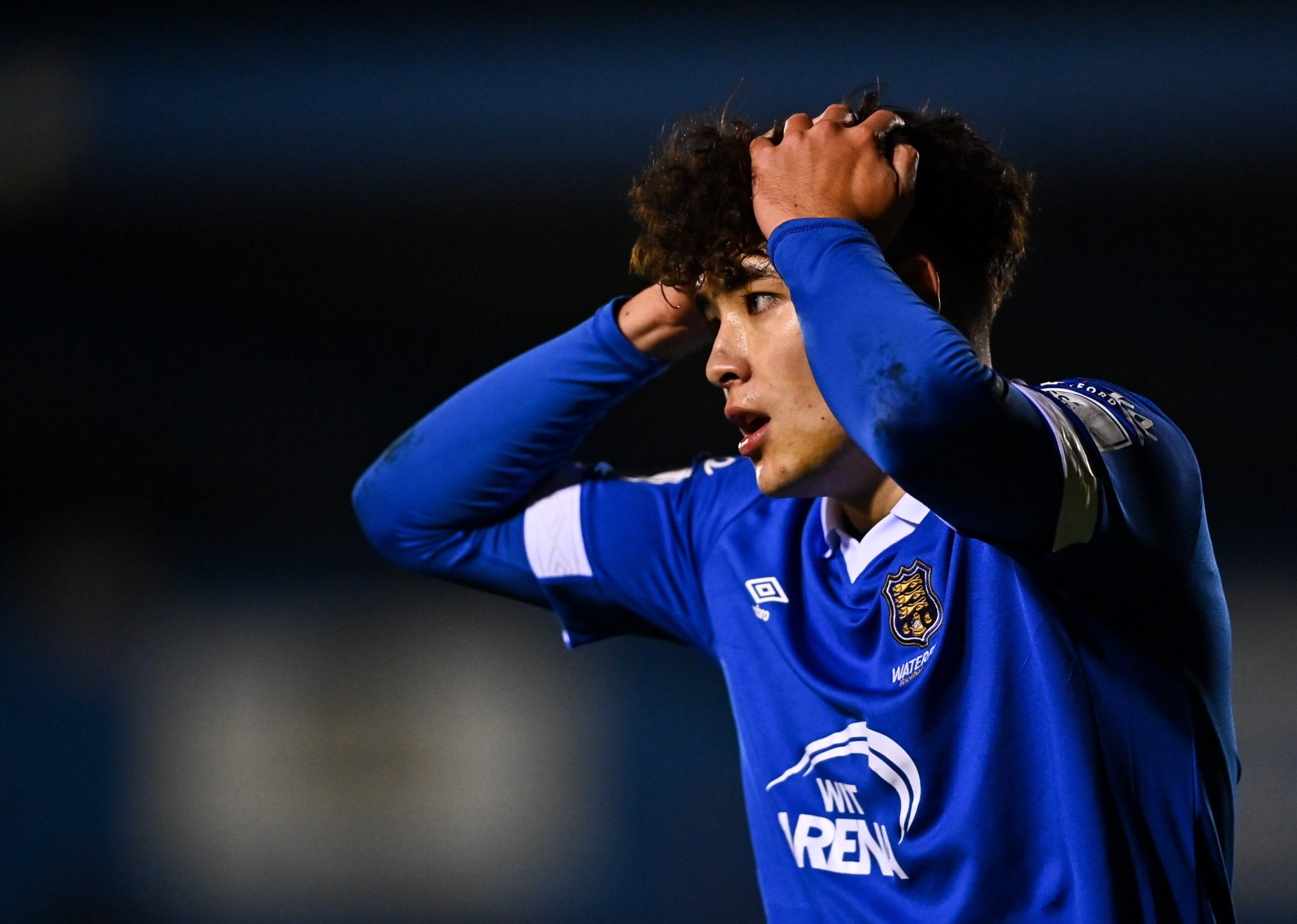 19 November 2021; Phoenix Patterson of Waterford reacts during the SSE Airtricity League Premier Division match between Waterford and St Patrick's Athletic at the RSC in Waterford. Photo by Eóin Noonan/Sportsfile

Their opponents in that playoff will be UCD.

Prolific Republic of Ireland U21 striker Colm Whelan broke the deadlock against Bray Wanderers with a brilliant free-kick midway through the second half at Dalymount.

That was his 24th goal in all competitions this season. Paul Doyle made it 2-0 to the Students four-minutes from full-time.

If Bohemians are going to return to Europe next year, they'll need to win the FAI Cup next week.

The Gypsies drew 1-1 with Sligo Rovers at The Showgrounds.

Allied with Derry City's 2-1 win away to Dundalk, it means Bohs finish a disappointing fifth in the table, with the Candystripes nicking fourth and a potential place in Europe.

One point of optimism for Keith Long and co will be the timely return to fitness and goalscoring form of top-scorer, Georgie Kelly.

And returning hero Jack Byrne was presented to the crowd at Tallaght Stadium ahead of their trophy presentation.

The champions actually fell behind just before the break to a Mark Doyle penalty. But two second half goals from Graham Burke meant the Hoops ended the season with a 2-1 win.