UEFA set to allow larger squads at Euro 2020 this summer

UEFA's national team's committee has recommended that squad sizes for teams competing at this sum...

UEFA set to allow larger squads at Euro 2020 this summer

UEFA's national team's committee has recommended that squad sizes for teams competing at this summer's Euro 2020 be increased to 26.

Normally squad sizes for the European Championship would be 23 but the expansion looks set to get the go-ahead due to pressures on players caused by condensed seasons amid the pandemic.

England manager Gareth Southgate has been in attendance at Premier League games, watching players close-up, throughout the season but speaking last month he expressed his opposition to proposals that larger squads would be allowed.

"I know there is some discussion about perhaps an extended number in the squad. I am not certain I’m behind that," said Southgate.

"Covid could play a part but there is a skill to picking 23 and it means you’ve got to make good decisions and important decisions.

"Some of that can be lost as you get an extended group so let’s see how that develops but I’m not 100 per cent for that, I have to say." 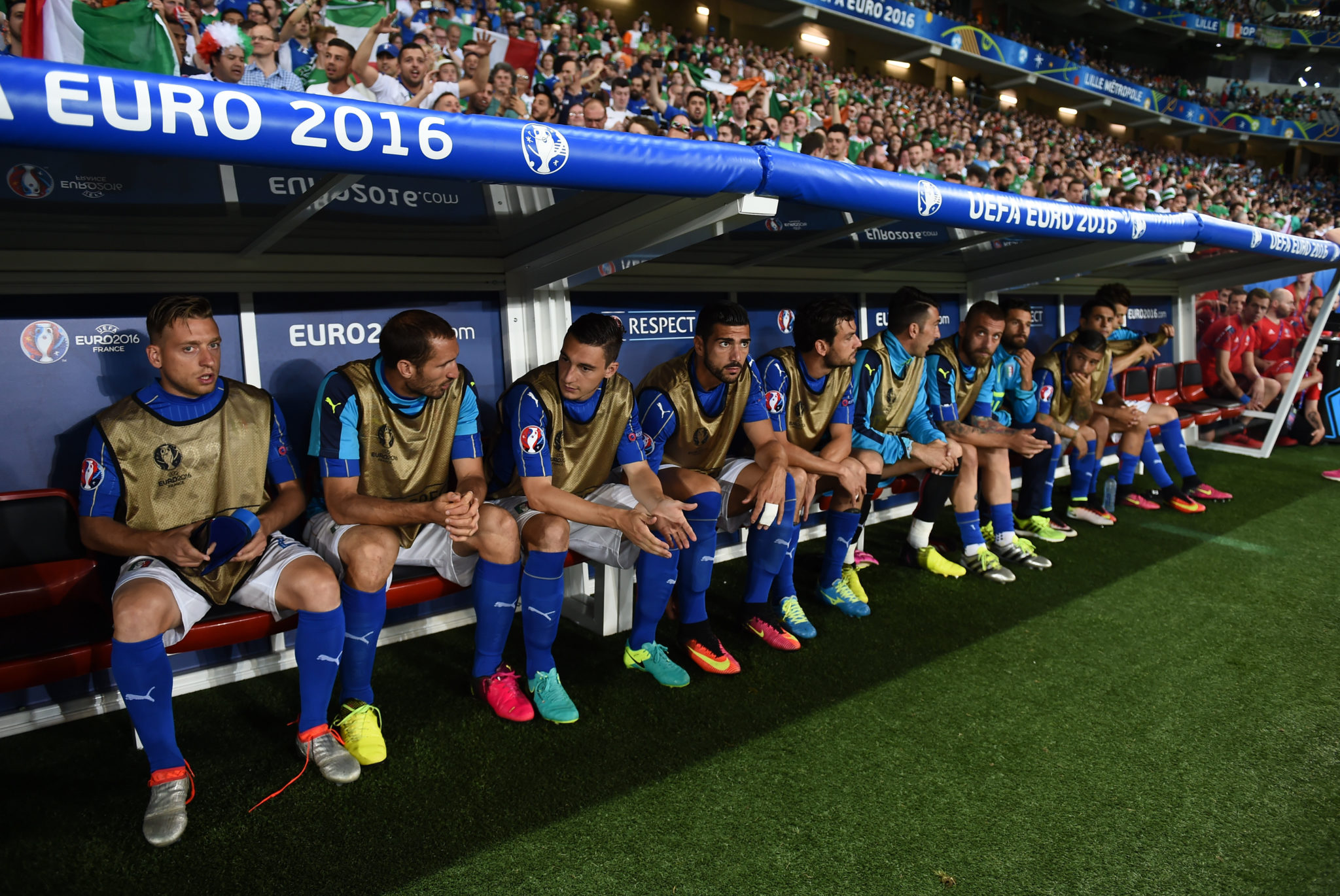 22 June 2016; The Italian substitutes ahead of the UEFA Euro 2016 Group E match between Italy and Republic of Ireland at Stade Pierre-Mauroy in Lille, France. Photo by Stephen McCarthy / Sportsfile

All of the clubs around Europe had a shortened pre-season while they have had to fit as many games into a shortened amount of time.

The UEFA national team's competitions committee met on Monday to discuss the squad expansion proposals and their decision still needs to be approved by the governing body's executive committee.

As well as having a larger squad to choose from, national team bosses will also be permitted to make five substitutions during a match rather than the standard three.

The tournament will begin on 11 June but as was confirmed last week, the four matches due to take place in Dublin have been moved after the Irish government failed to give guarantees over fan attendance numbers.

The matches that were due to take place in Dublin have been moved to St Petersburg and London.