Seamus Coleman: Training requirements like being back at Sligo

Republic of Ireland captain Seamus Coleman says the new protocols around a return to training rem...

Seamus Coleman: Training requirements like being back at Sligo

Republic of Ireland captain Seamus Coleman says the new protocols around a return to training remind him of his days at Sligo Rovers.

The full-back returned with the rest of his Everton teammates to their Finch Farm base this week.

Training in small groups is permitted under phase one of the Premier League's Project Restart.

Among the other, less heralded, new requirements of players is that they wash their own training kit.

"I rang my mum on the way home from training and mentioned that, our own kit coming home with us," Coleman told Everton's website.

"It’s a long time since that’s been done.

"We used to do it at Sligo Rovers when I still lived with my mum and dad, they remember it well.

"We did it at Blackpool as well. It’s not that big a deal and something the lads are more than capable of, I imagine." 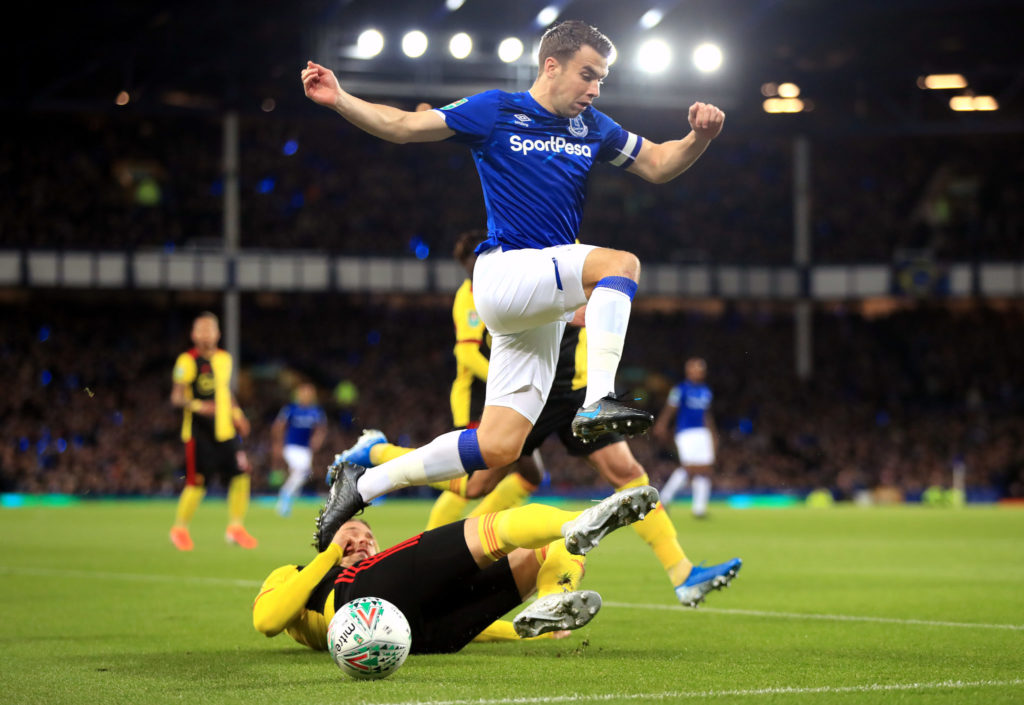 The Killybegs native says it "felt very safe" returning, given all the precautions put in place by the club.

The 31-year old also gave an insight to how the small group training has been working at Finch Farm.

"I was with Bainesy [Leighton Baines], Yerry [Mina] and Michael [Keane] and one of the other groups also had four defenders," Coleman explained.

“It wasn’t a very, very hard session, more easing us back in to make sure there were no injuries.

“There were passing drills and strides and dribbling circuits and we finished with playing out from the back.

“We had the manager, Davide [Ancelotti, assistant boss] and Duncan [Ferguson, assistant manager] for the football element.

“You can still get the work in, it was a very good session and we were in and out as quickly as possible.

“It was enjoyable and I was happy to get a ball at my feet again.

“We all have to go back to work and we are happy to do that,

“But I am sure there are people with nerves as well.

“It’s such a strange time in the world, I don’t think anyone could have predicted something like this.

“You first concern is your family.

"After that, the Club has done everything so well and so professionally, so I was more than happy to come back to work and get back training and, hopefully, get back playing again."