Padraic Joyce has yet to manage Galway's senior footballers in a match. But he's already copped s...

Padraic Joyce has yet to manage Galway's senior footballers in a match. But he's already copped some criticism.

The 1998 and 2001 All-Ireland winner joined Off The Ball, having taken on the role of manager last month.

Even though he has yet to take charge of the seniors in a match, Padraic Joyce told Joe Molloy about some of the vocal critics that have emerged from the woodwork.

"Look it, I've got some untoward [comments] directed at me indirectly since I started. But it's water off a duck's back to me. I'm thick-skinned," he said.

"I've got some about not being the right man for the job, being inexperienced. All that sort of stuff. But I don't mind that. People are entitled to say what they want.

"You'll hear it being said and you'd read it in certain quarters that you'd probably be checking out. But it doesn't bother me too much to be honest."

He was also emphatic about his ambitions for this Galway team going forward.

"Winning an All-Ireland," he replied, adding that it anything less would be a failure.

"Simple as that. Nothing less. I won't feel it's a successful tenure if I don't have Sam Maguire in Galway."

And the plan is not to wait for it either, with Galway's All-Ireland drought stretching back to 2001 when Joyce won Footballer of the Year.

"Hopefully 10 months, next August we'll have it," he replied when asked how early he hopes to achieve that goal. 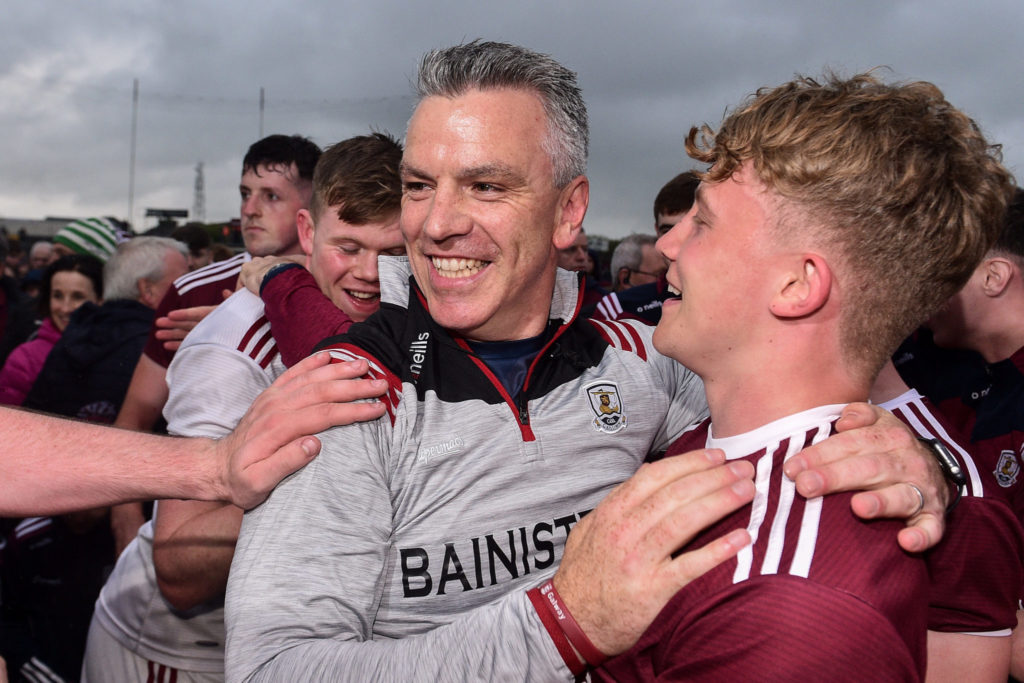 "That's what we're training for. If I go into a dressing room and say, 'Lads, we won't train for the All-Ireland this year, we'll train for it in two years' time', what are they going to do? They're not going to train. There's no point going in half-hearted."

Speaking of training, he also outlined his criticism on modern commitments compared to his day.

For Joyce, there is an element of over-training across the board nowadays.

"I think we do far too much," he said of the overall GAA landscape in that regard.

"As I told our lads last week, 'There are only 168 hours in the week'. Some lads are doing far too much training. The most you can get out of fellas is two pitch sessions during the week, whether it's a Tuesday or Thursday and a Saturday morning."

You can watch the full Padraic Joyce interview above via our YouTube channel. The podcast is also available to listen to here.