'There'll be no holding back' in Ulster Championship | David Garland

Monaghan forward David Garland is hopeful of making an impact in what he expects to be a 'spectac...

'There'll be no holding back' in Ulster Championship | David Garland

Monaghan forward David Garland is hopeful of making an impact in what he expects to be a 'spectacular' Ulster Senior Championship this year.

Garland took the decision to step away from the Monaghan senior panel last year as he struggled to find away into a full forward line that boasted the likes of Conor McManus and Conor McCarthy.

His decision to focus on achieving success with his club Donaghmoyne and with his college DCU, has proven to be a wise one.

"I felt myself deprived of a wee bit of football the year before [2018] and I missed out on a lot of summer action," said Garland.

"Every GAA player wants to play on the hot glorious summer evening, of a Saturday, something that some inter-county players can't do because of the grading system.

"I took some time out last year and concentrated on the club and the aim was to try and get the club promoted and we did so winning the league final.

"We lost against a good Magheracloone team in the [Intermediate] Championship final.

"The aim then after that was to take on the Sigerson campaign and see if we could win one of them and hopefully get the medal, which we did." 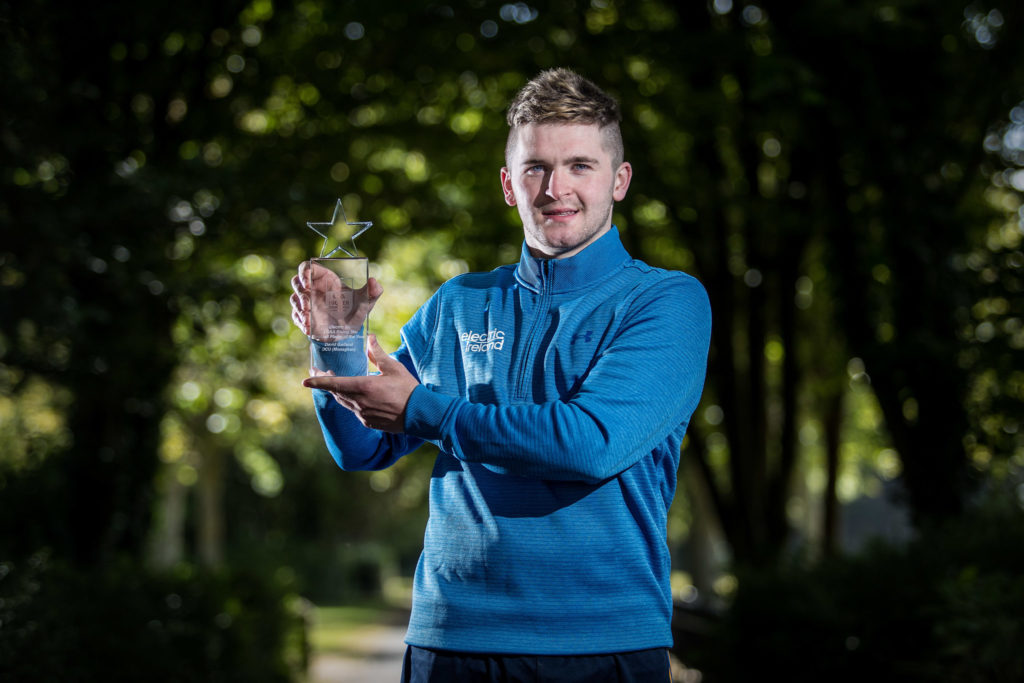 His excellent performances for the Glasnevin college helped them to a fifth Sigerson Cup win last January, beating IT Carlow in the final, and saw him claim the Electric Ireland GAA Higher Education Rising Star Football Player of the Year.

The 21-year-old is hoping that the success that he has had will give him a bit more self-belief, now that he is back with the Monaghan senior panel.

"If you go on to any senior inter-county panel, you could maybe spend three or four years not getting game time," said Garland.

"It can become a bit monotonous and then you start to question yourself as to whether you should be here, is it worth your time being here, are you getting enjoyment out of it because that can all be taken away from you so easily.

"This time around, off the back of the Sigerson campaign, you know you can mix it with the best. You know you should be in there.

"But once you're in there, you have to take your chance because they won't come around too often."

The Farney Men got off to a pretty decent start in 2020 and looked like they would maintain their top flight status in the National Football League having won two and drawn one of their opening five matches.

That was achieved under the new management team, led by Seamus McEnaney who is in his second spell managing the county's senior footballers.

Garland feels an eagerness within the panel to bring some silverware back to the county.

"There's a brand new management there. A couple of players have moved on. There's a freshness in Monaghan [football]," he said.

"The team set out their goal at the start of the year and one of them was to stay up, in the league.

"They were massive underdogs in the league, they were favourites to get relegated. It looked like they were going to stay up had they got one more result.

"The momentum is there in Monaghan again. There's a freshness and there's an ambition to go on and win more titles."

There have been no titles in several years but the players are eager to emulate the success they achieved under former manager, Malachy O'Rourke, who led them to two Ulster title wins in three years.

They have not been in another final since their last Ulster Championship win in 2015 and it will be harder than ever to win one this year.

The GAA have yet to finalise details of the 2020 Senior Championships but currently they are due to take place no earlier than mid-October when inter-county action is allowed to resume.

It is expected that there will be a return to the old straight knockout format and Garland believes that will add some extra spice to the provincial competition.

"You know you're only going to get one chance at it," said Garland.

"If all teams are in the same mindset, there's going to be no holding back. You're going to leave it all on the pitch on that given day and you could create a really good spectacle of a game.

"It's going to take place in October, in the winter time so, with that alone, it's completely different conditions, pitches are heavy. You're going to be playing under lights because the daytime will be shorter.

"You have all of those things to factor in as well. You have the prospect there of a really spectacular Championship."