Nick Kyrgios says he was motivated by the memory of Kobe Bryant during his valiant 4-set defeat t...

Nick Kyrgios says he was motivated by the memory of Kobe Bryant during his valiant 4-set defeat to Rafa Nadal in the last-16 of the Australian Open.

The 24-year old wore an LA Lakers jersey emblazoned with Bryant's old no.8 in the warm-up on the Rod Laver Arena, but would ultimately fall to the men's top seed.

Kyrgios has won praise in his run to the second week in Melbourne for his less turbulent demeanour. Although there were flashes of his notorious temperament in his loss to Nadal, Kyrgios feels he's moving away from his 'bad boy' image, "I feel like I've made progress as a human. A tennis player… I want to keep going in this direction, for sure".

The world number 26 entered the stadium with tears in his eyes and was clearly affected by the news of Bryant's tragic passing and that of his daughter Gianna. 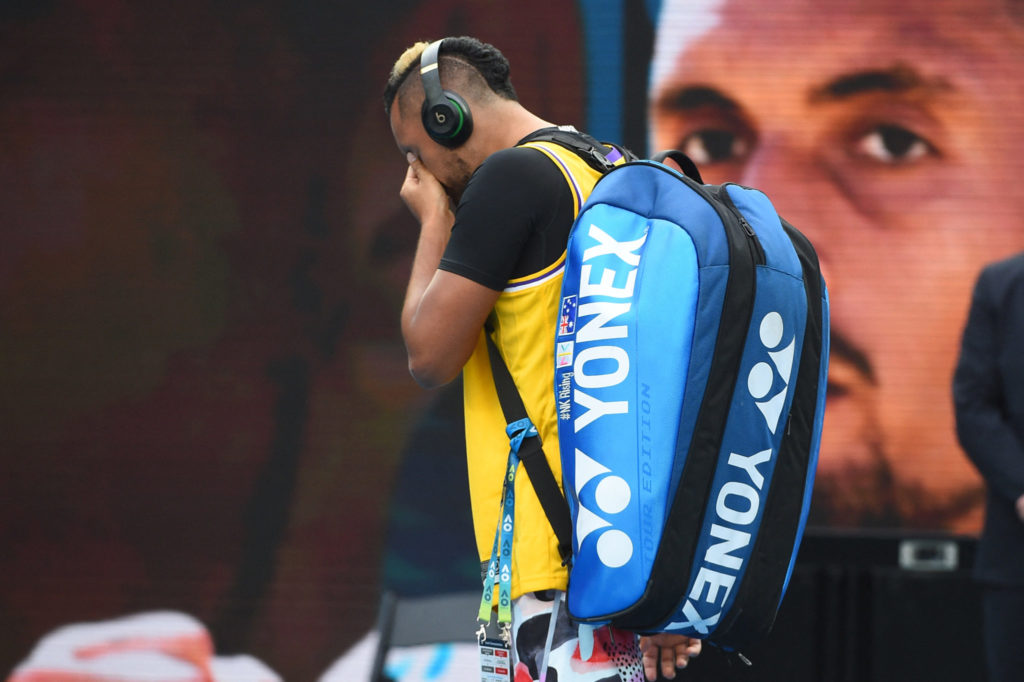 Speaking after the match, Kyrgios told the assembled media, "I never met Kobe. But basketball is practically my life.

"I watch it every day. I've been following it for as long as I can remember.

"When I woke up to the news, it was pretty emotional. It was pretty heavy, like, all day. Obviously, I was having basketball on at my house, watching the games.

"I was heavy. Yeah, it's just tough. It's horrible news."

Kyrgios hopes he did his basketballing hero some justice, "If anything, it motivated me. If you look at the things he stood for, what he wanted to be remembered by, I felt like, if anything, it helped me tonight.

"When I was down a break in the fourth, I was definitely thinking about it. I fought back."

The Canberra native says he wants to continue to aid the relief effort for the after-effects of the bushfires, saying they inspired him to tap deeper reserves than normal in Melbourne, adding, "The last month for me has been pretty hectic, pretty emotional. I'm pretty tired. I want to try to continue to help where I can."