TG4 will spotlight a host of Off The Ball regulars in their latest series of Laochra Gael.  Star...

TG4 will spotlight a host of Off The Ball regulars in their latest series of Laochra Gael.

Now heading for its 18th series, the TG4 programme will take an in-depth look back at the careers of all six GAA greats. The line-up for the season was announced at Dublin's Lighthouse Cinema.

While the majority of the cast had their days in the 2000's sun, Clarke was part of the Galway hurling panel from 1972 to 1984. He was four-times an All Star but missed out on playing in Galway's 1980 All Ireland final win due to a shoulder injury.

Perhaps most interestingly, Clarke was ordained as a priest in 1979 - the year before his team-mates ended the Tribesmen's long wait to be reacquainted with Liam McCarthy. He would leave the priesthood 20-years later.

Brenda McAnespie was part of the Monaghan side that won back-to-back All Ireland Ladies Football titles in 1996 and 1997. She played in one final while 14-weeks pregnant with her daughter Eimear.

She would eventually play alongside daughters Ciara and Aoife at club level, with all three of her daughters lining out for the Farney County. She's also the mother of Monaghan footballer Ryan McAnespie.

She told Mary Hannigan in 1996, "They used to all say that I was a tomboy when I was a child because I always loved football and I followed Scotstown who were doing really well at the time.

"Then when we were about 10 or 11 Maureen Boylan and myself played on the boys' under 12 team in school and we won the 1978 county championship.

"I think we were the only two girls playing in the whole county but we had to play with the boys because there was no ladies' football at that time.

"Everybody thought we were boys anyway - at that stage you couldn't tell the difference.

"I think this other girl and myself were always very tomboyish, we were strong and nobody really knew the difference so we got away with it. The boys just looked on us as one of themselves."

The new series of Laochra Gael begins on TG4 on Thursday March 5 at 9.30pm 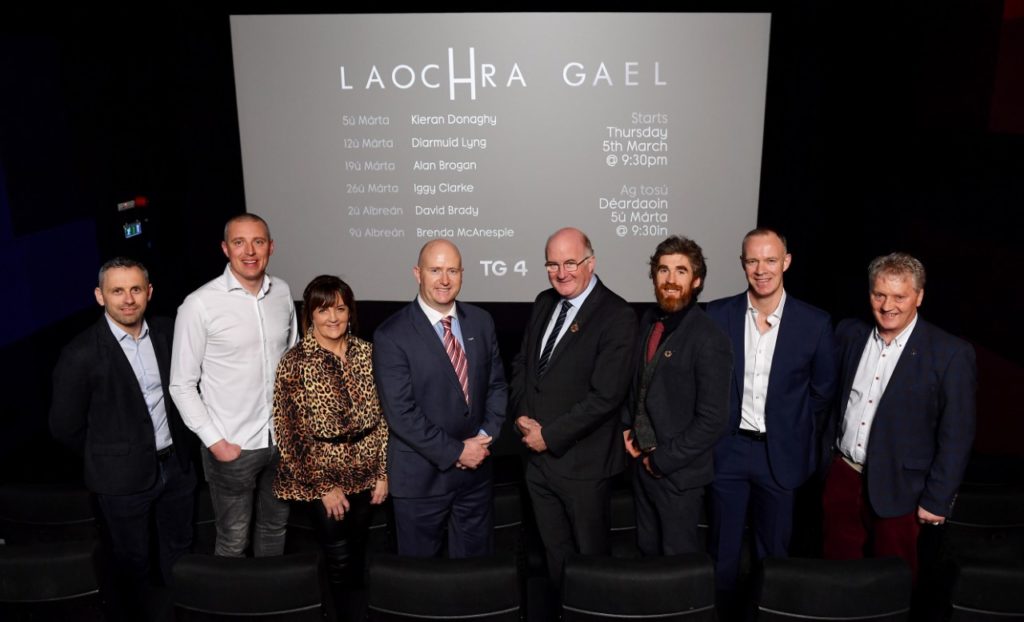