Mattie Kenny to stick with Dublin despite Galway speculation

Dublin senior hurling manager Mattie Kenny is to stay put with the county for the 2020 campaign, ...

Mattie Kenny to stick with Dublin despite Galway speculation

Dublin senior hurling manager Mattie Kenny is to stay put with the county for the 2020 campaign, amidst rumours that his name was in the hat to replace Micheál Donoghue in charge of Galway.

Clarinbridge man Donoghue departed his role with the Tribesmen this week after four years in charge, During that time he helped Galway bridge a 29-year gap since their last All-Ireland, as they lifted the Liam MacCarthy Cup in 2017.

Mattie Kenny, who managed Dublin club side Cuala to back-to-back All-Ireland titles in 2017 and 2018, had been linked with the Galway job in the meantime. However, when contacted by the Irish Independent reiterated his commitment to his current position.

Kenny accepted a three-year term from the Dublin County Board in November of last year, and it is understood he intends to see out that commitment.

Kenny helped Dublin win promotion from Division 1B of the Allianz National Leagues this year. 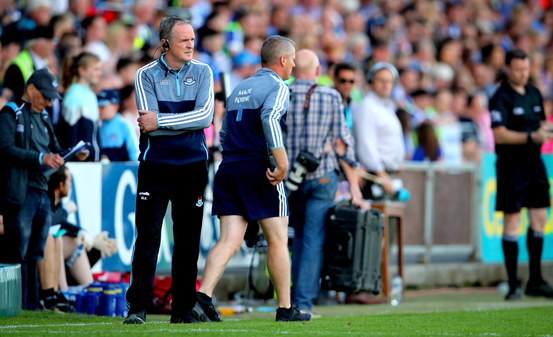 After a massive win to knock Galway out of the championship at Parnell Park, they exited the race for Liam MacCarthy in a surprise defeat to Eddie Brennan's Laois in the All-Ireland preliminary quarter-final.

Jeffrey Lynskey, who won three minor All-Irelands with Galway in the last four years, has also been heavily linked to the vacant Galway job.

Former Offaly star Daithi Regan was on OTB AM this week, and he said Micheál Donoghue's stock is very high for whenever he decides to get back into management.

“Michael Donoghue has been involved previously with Tipperary, so his stock is certainly high.

“In relation to Galway, I think the door is absolutely open as well.

“I think his stock is certainly of a high enough standard and regard, that if and when a managerial position comes up in Galway, why not?

“His legacy is there, he’s won an All-Ireland title not many have done it since 1988."