Although he regrets it now, when Alex Ferguson uttered the words ‘big-time Charlie’ to descri...

Although he regrets it now, when Alex Ferguson uttered the words ‘big-time Charlie’ to describe then-Liverpool midfielder Paul Ince, it gave some insight into his reasons for waving him off to Milan.

Ferguson was caught on camera using the scathing insult as he gave his pre-match team-talk before they took on their arch-rivals from Merseyside in 1998 but he has admitted since that it is something he wishes that he had not said about a player that "never let us down".

In the early 1990s, the combative and energetic midfielder had helped end Manchester United’s league title drought which had lasted 26 years and he was at the peak of his playing powers.

A £1 million signing from West Ham United in September 1989, Ince had just won back-to-back Premier League titles at Old Trafford as well as two FA Cups and the European Cup Winners’ Cup. So it came as a great surprise to United supporters, and to Ince himself, that Ferguson had decided to sell him to Internazionale in the summer of 1995.

He was 27, an England international, and he was a key cog in the United team that had achieved so much but the man who played in boots with ‘Guv’nor’ written on them in marker pen had served his purpose for the manager after 281 matches in six seasons. 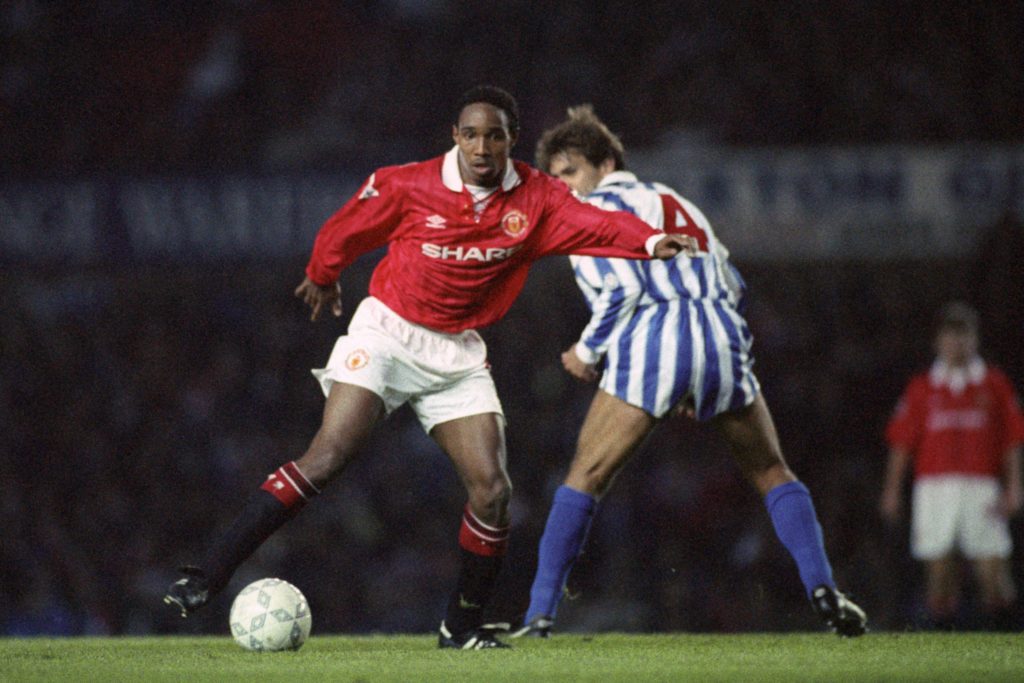 "I had to act on my conviction that the fundamental change in Paul’s attitude, his insistence on trying to assume a role in the team for which he was not equipped, had diminished his usefulness to us to the point where a transfer made absolute sense," said Ferguson in his first autobiography.

£6 million and an agreement to play handful of money-spinning friendly matches against the Serie A club in subsequent years represented a very chunky profit in the mid-1990s and of course Ferguson knew then that the 24-year-old Roy Keane was the only governor he would need in his midfield for the next few years.

Keane’s old team-mate Ole Gunnar Solskjaer finds himself in a not too dissimilar situation to his old gaffer when it comes to deciding what to do with Paul Pogba and anyone who has been watching United since the France international began his second spell at Old Trafford would even question if he has contributed as much Ince did.

In almost 150 appearances for the club in the four seasons since his return, he has won a League Cup and the Europa League but it would be unfair to lay the lack of success entirely at Pogba's door, as anyone who has been watching United for the last number of years can tell you that the problems at that the club are numerous and many of them deep-rooted.

There is also the fact that Ince was surrounded by a team of high calibre players and leaders such as Peter Schmeichel, Steve Bruce, Eric Cantona and Mark Hughes.

However, unlike Ince, Pogba's attitude can be questioned.

Just last November, having already missed nearly two months with a mysterious ankle injury, a video of him emerged playing basketball, days after having a cast removed from the aforementioned joint.

Solskjaer played it down but what he said made it clear that the 27-year-old should not have been on the court so soon after surgery, while the rest of his team-mates were gearing up for a hectic December period and games against the likes of Tottenham, Manchester City and Everton.

"We don’t play basketball," Solskjaer said. "I don’t see many basketball players, tackling, twisting and turning their ankles and training with studs on.

"He’s not ready to train. He had another scan at the start of the international break and his ankle has not healed up yet." 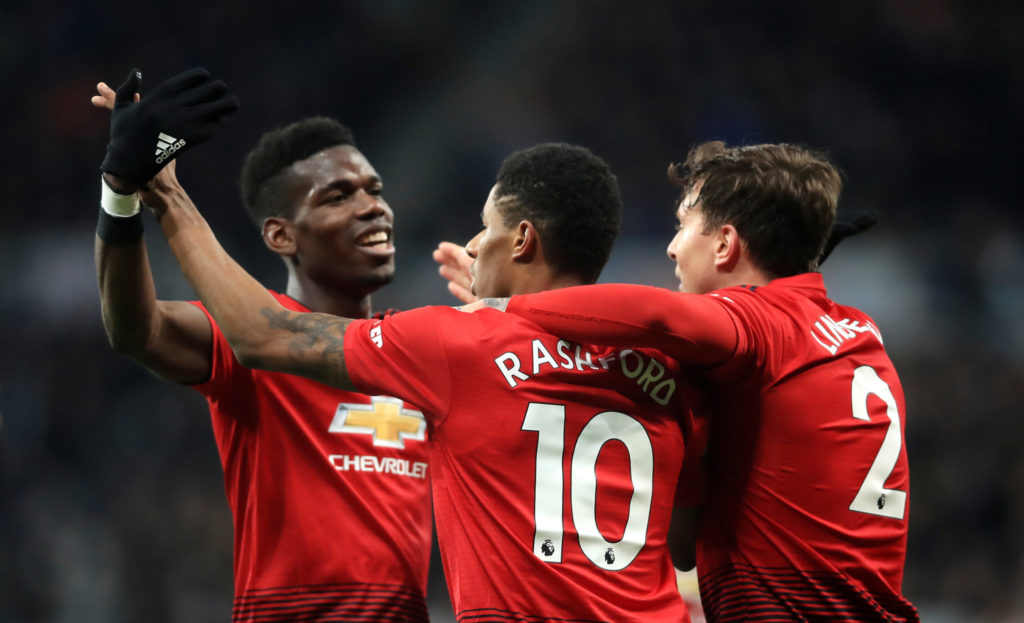 His team-mates cannot have been too happy with his behaviour as they worked hard over Christmas and into the new year, suffering disappointing defeats to Watford, Arsenal, Liverpool and Burnley in the Premier League, losing to City in the League Cup semi-final and taking all the flak that came with those defeats.

That hard work paid off though and they have since started to turn their season around.

Last February, around the time Pogba's brother Mathias was saying his sibling wanted to leave United in the summer, his team-mates were forging what has turned into an unbeaten 11-match run in all competitions.

A lot of credit has gone to the man who is doing exactly what Pogba should be doing in the team, Bruno Fernandes - who leads the club in all competitions in shots (33), shots on target (12), assists (4) and chances created (24), and ranks third in goals (3) - since his January transfer from Sporting.

Whether it be with Scott McTominay, Fred or Nemanja Matic in the United midfield, Fernandes has not only raised the standards on the pitch, he is also demanding them off it as he has publicly declared many times that his reason for moving to the club was to win trophies.

The France international wants to win them somewhere else according to his brother's quotes in February: "Everyone knows that Paul wants to leave Manchester United, he wants to play Champions League football and win titles. We all know that won’t happen at United."

He has just a year to run on his contract although United could extend that by triggering the one-year contract extension and there is an argument to be made for him to play games to demonstrate to prospective buyers that he still worth spending tens of millions of euros on to sign, if clubs are still willing to do that after this summer.

To do that, Solskjaer will have to disrupt the midfield chemistry that has been working so well for him while also putting some noses out of joint and United cannot afford to slip up in their fight for Champions League qualification just weeks after the club revealed that their debt had increased by a whopping £127 million.

To go back to Ferguson's reasoning for selling Ince, is Pogba still equipped to 'assume a role in the team' which has been taken on by Fernandes, in the same way that Keane took over the Ince role all those years ago?

And has Pogba 'diminished his usefulness to the club, to the point where a transfer makes absolute sense'?

That's for Solskjaer to decide and perhaps now is the time for the Norwegian to show the same sort of ruthlessness that made Ferguson such a successful and brilliant manager for so long.