With wins for Dublin, Donegal, Cork and Galway, you can read through a comprehensive round-up of all this weekend's Division 1 fixtures here.

Mick Bohan’s Dublin got the defence of their Lidl National Football League Division 1 title back on track this afternoon with a comprehensive win over Tipperary in Ardfinnan.

Goals were the order of the day for the Sky Blues as they raised six green flags – three in each half – with two each for Siobhan Killeen and Lyndsey Davey in an emphatic Dublin performance.

Tipperary played their part in an entertaining game but Dublin’s superior movement and firepower were the telling factors by the full-time whistle.

A quick-fire start by the Dubs saw them race into a 2-1 to 0-0 lead inside the opening four minutes. Killeen found the bottom corner in the opening minute, before Davey scored their second three minutes later.

In the sixth minute Tipperary landed their opening score – a point from Caoimhe Condon – but Dublin stretched their lead out to nine points when Nicole Owens found the net shortly after.

Points from Owens, Carla Rowe and Killeen, were responded to by Aishling Moloney for Tipp, and six minutes from the break Roisin Daly intercepted a Dublin kick-out and goaled with a cool finish to cut Dublin’s half-time lead to 3-4 to 1-3.

The TG4 All-Ireland champions started the second half as they had the first with a palmed goal from Davey after a good run and pass down the right from second-half substitute Kate Sullivan.

Points from Elaine Fitzpatrick and Moloney reduced the deficit, but a goal from Killeen put 12 points between the sides as Dublin continued to hold the upper hand.

Midway through the second-half a speculative long pass from Rowe bounced over the head of the onrushing Tipp goalkeeper Lauren Fitzpatrick and ended up in the empty net, although Tipp got back into the game and a goal from Aishling Moloney from a free with 11 minutes to go lifted the home side.

But a couple of missed shots at goal halted their momentum and two points from the impressive Davey and one from Oonagh Whyte sealed a comprehensive win for Bohan’s charges. 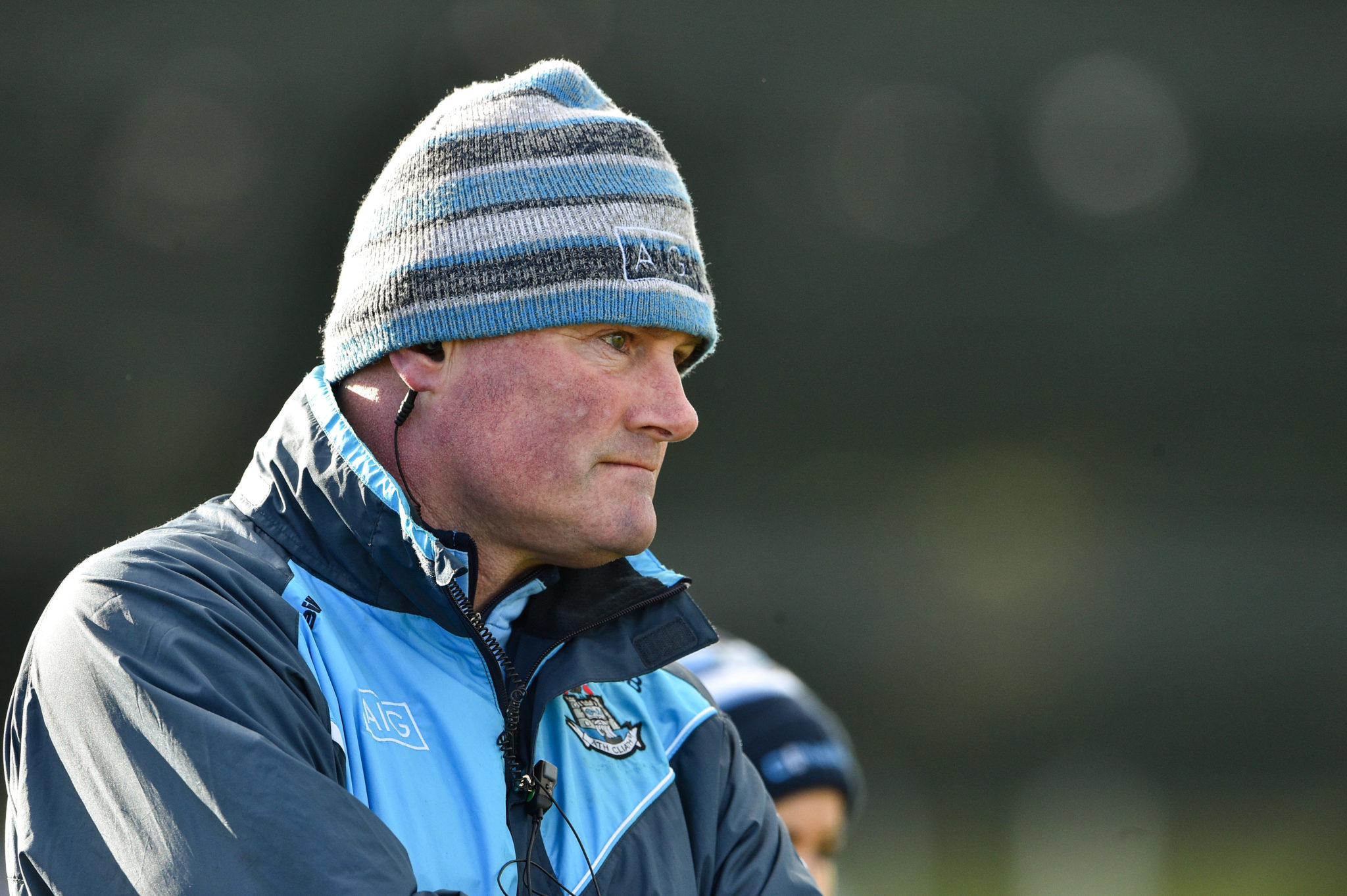 Captain Karen Guthrie led the way again as Donegal battled through a deluge in Convoy to seal their second win on the trot when pulling away from a gallant Mayo outfit in the final quarter.

The heavy rain made handling difficult but both sides produced some excellent passages of play before the home side closed powerfully to seal the deal.

The opening half, played in heavy rain, was see-saw in nature with both teams enjoying periods of dominance and eventually ending up where they began – level – at the interval.

Donegal began like a train with their forwards running riot. Their cause was helped by the fact Mayo were operating with 14 players after their captain Niamh Kelly was sin-binned in the second minute.

The home side drove forward and raced into a six-point lead thanks mainly to the excellence of Karen Guthrie who kicked 1-3 in the first 12 minutes.

That left Donegal sitting pretty but when Kelly arrived back onto the pitch, Mayo cut loose. The impressive Fiona Doherty and Rachel Kearns landed points before Kelly slalomed through for a goal.

That revival left Mayo two clear as the interval neared but a brace of frees from Guthrie just before the break left it all square – 1-6 apiece.

The third quarter was a real battle of attrition with scores very scarce but Natasha Gaughan did nudge Mayo back in front after 41 minutes.

However, that was as good as it got for the Connacht women and a 43rd minute goal from Ciara Grant changed the momentum and another one from Roisin Friel gave the home side the breathing space to enjoy a 3-8 to 1-7 lead after 50 minutes, but Mayo weren’t finished.

Fine play from Danielle Caldwell and Sinead Cafferky got them moving forward and Kearns rattled home a goal to give them some hope.

However, Donegal were in no mood to be caught and the excellent Niamh Hegarty closed out the game with two fine points and Donegal had sealed their second win in as many games while Mayo will learn a lot from their trip to Convoy.

The home players, fresh from an impressive win against Monaghan, gave a very good account of themselves, despite losing out by eight points.

Despite playing against a strong wind, Cork had by far the better of the exchanges in the first-half and they were good value for the five-point lead they had managed at that stage.

The victory gets Cork off the mark in the Lidl NFL standings, where they pull level with Westmeath, following their win last weekend.

The outstanding Niamh Cotter opened the scoring after a mere 20 seconds, before Aine O’Sullivan added a brace by the eighth minute to put Cork 0-3 to 0-0 in the ascendancy.

Despite playing some solid football in the opening quarter, Westmeath didn't impact the scoreboard until seven minutes before the interval when corner-back Rachel Dillon pointed in style for the home side.

But Ephie Fitzgerald’s visitors – who were TG4 All-Ireland finalists last season – pounced for three more unanswered points by half-time. The impressive Orla Finn kicked the first of those, a wonderful solo effort; Sadhbh O’Leary got in on the act despite being pressurised; while Eimear Kiely delivered a quality score for her side, and they led by 0-6 to 0-1 at the break.

Cork struggled to dominate the second period with their opponents upping their game. Aine O’Sullivan brought her tally to three points from play early in the half and Orla Finn kicked the Rebel county’s remaining three points, including one free.

Maud Annie Foley deservedly got the Lake County’s second point from a free in added-time.

However, they seldom looked likely to score from open play against the wind and Cork claimed the deserved three points, to get their first reward of the competition.

Galway made it two wins from two outings in the 2019 Lidl National League – and claimed top spot outright in Division 1 ahead of Sunday’s games – thanks to a hard-earned win away to Monaghan.

Team captain Tracey and Róisín Leonard hit all nine of Galway’s points between them, while Sarah Conneally came off the bench to get their goal. A well-organised defence allowed Monaghan to battle to the end, but the Farney County suffered a second successive defeat of the campaign.

Galway had to settle for going in level at the interval after playing with the elements at a windy Cloghan, but despite scoring just twice from play over the hour, the TG4 Connacht champions got over the line to make it back-to-back wins.

Monaghan were first off the mark in the eighth minute via a Ciara McAnespie point, but Galway got the next two scores from a brace of frees by Tracey Leonard. Shauna Coyle brought Monaghan back on level terms with a good score and although another Leonard free edged the visitors ahead again, Leanne Maguire responded in kind.

Leonard’s fourth free of the half had Galway one up for the third time, but a well-taken effort by Muireann Atkinson brought Monaghan level at 0-4 apiece at half-time.

A Maguire free opened the second-half scoring, but frees by Tracey and Róisín Leonard regained a narrow lead for Galway. Cora Courtney got on the end of a dangerous centre from Ciara McAnespie to fist over an equaliser for Monaghan, only for Galway to hit back with 1-1 in quick succession. Róisín Leonard converted a second well-struck free off the ground and when Galway won the following kick-out, they quickly worked it forward for half-time sub Conneally to fire home the opening goal.

Monaghan got a lifeline three minutes later when a Maguire free from distance fortuitously dropped into the net, but a nice point from play by Róisín Leonard doubled Galway’s advantage. A good point by Rosemary Courtney kept Monaghan in touch, but they couldn’t add to their tally in the final quarter.

Róisín Leonard blazed a penalty high and wide for Galway, but Tracey Leonard tapped over a free six minutes from time, while Monaghan had goalkeeper Bridín Treanor sin-binned for dissent.