Mick McCarthy's side had trailed to a Pierre-Emil Hjojberg header but managed to level.

The first half at the Parken Stadium was a hard-fought battle of few chances.

Here is how Ireland will line out for tonight's @EuroQualifiers match against Denmark#DENIRL #COYBIG pic.twitter.com/QOm2PFwfqN

Set-pieces were always going to be key for Ireland and the Boys in Green fashioned their first chance via that route.

Twenty minutes in, Aston Villa's Conor Hourihane swung in a free-kick into the box. Shane Duffy did well to get something on it as it flicked towards goal.

But goalkeeper Kasper Schmeichel was behind it all the way. 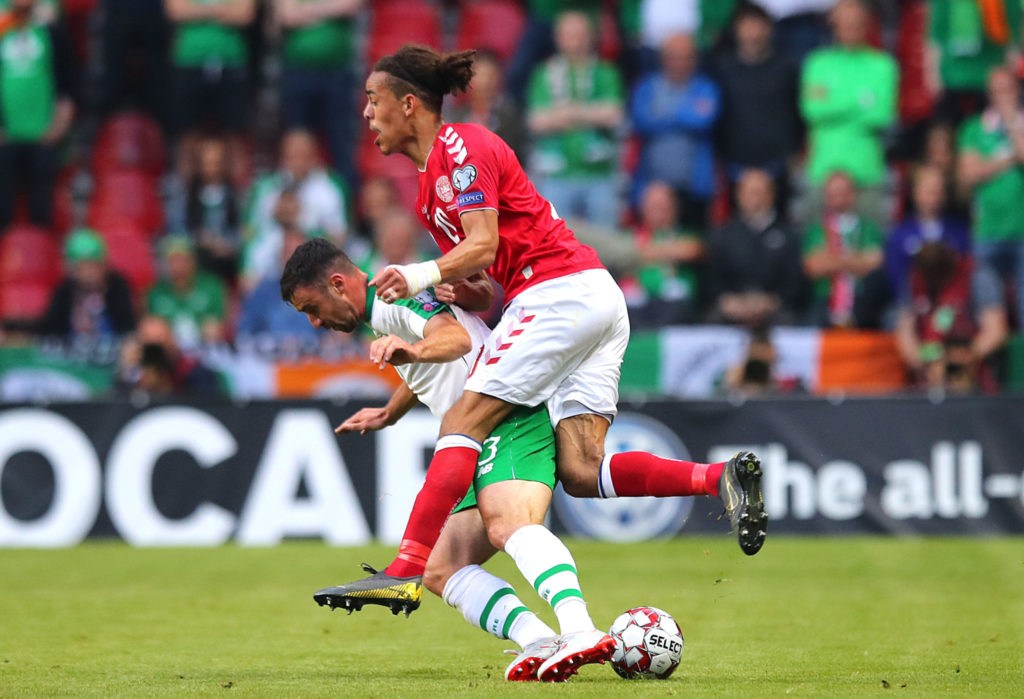 The game sparked into more life in the second half, with a lively period at both ends 10 minutes after the break.

Darren Randolph made a good save from point-blank range to deny Yussuf Poulsen. And up at the other end, Ireland responded as James McClean forced Schmeichel into a save with an angled drive.

Poulsen came close again on 58 minutes when his driving run ended up with a deflected strike that just went out for a corner.

Martin Braithwaithe had an even better chance for Denmark but spurned it as he fired over from 12 yards.

But the Danes made the breakthrough with 15 minutes to go.

Southampton's Hojbjerg beat Richard Keogh to a pinpoint cross from Stryger Larsen and guided his header expertly past Randolph.

But six minutes from time, another header swung the game once more. This time Ireland were the beneficiary. And it was an perfectly judged deep free-kick in that met Shane Duffy's head and flew past Schmeichel to make it 1-1.

The result keeps Ireland top of the group on seven points, albeit having played a game more than leading chaser Switzerland.

Christian Eriksen not permitted to play in Italy