Ireland captain Ciara Griffin insists there is no split in camp following the reaction of former and current players after comments from Women's rugby director Anthony Eddy.

Griffin and her team-mates are preparing to face the USA at the RDS on Friday night but the build-up to the game has been overshadowed by Eddy's comments from earlier in the week.

Eddy said both the 15s and Sevens programs have had a lot of resources from the IRFU thrown at them in recent years and he also appeared to blame the players for Ireland's failure to qualify for the World Cup.

An independent review into Ireland’s qualifying campaign is currently ongoing but Griffin said she had received an apology from Eddy for those comments.

Speaking on Thursday, the Ireland skipper said the squad was disappointed with Eddy’s comments.

"Yeah, I was. We all were," Griffin confirmed.

"People have their comments, that's fine, that's what the review is for, we can put our feedback into that, we're just going to trust the review process.

"Anthony has addressed me in terms of that, he apologised in case people took offence to his comments.

"His comments were made, we now need to focus on the game, on the game at hand and we'll look at the review process after that and give our opinions there." 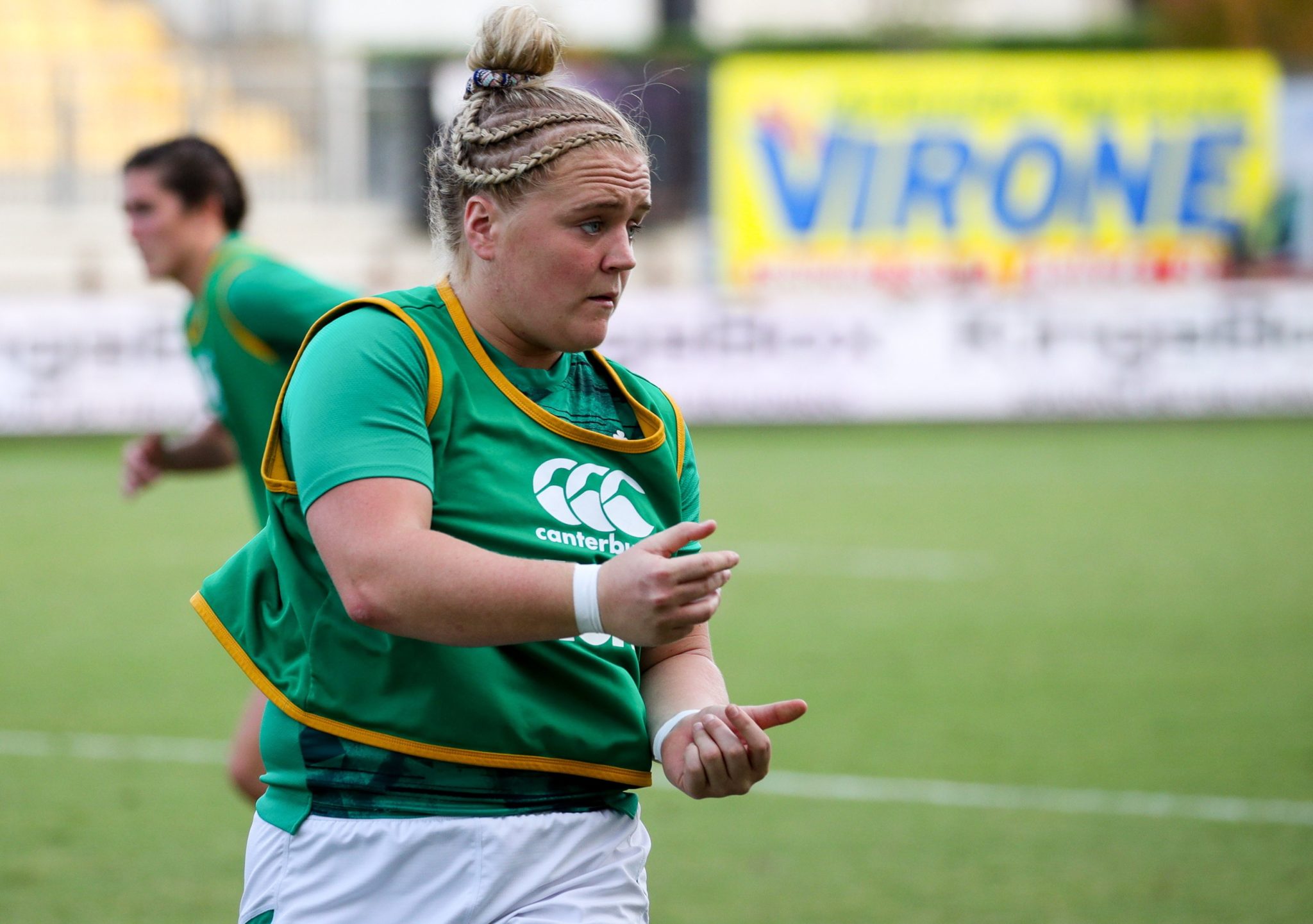 Griffin's team-mate Cliodhna Moloney (pictured above) said: "I could have sworn slurry spreading season was spring… I stand corrected."

Former centre Jenny Murphy described the Australian's views as "spineless", tweeting, "I honestly wish I was more surprised at this take from Eddy but I'm not.

"Is this the voice of someone who cares about the women's game in this country? Utterly deflating and I can only imagine what current players are feeling."

Griffin says Moloney's comment did not cause a divide in the squad.

"There's no split in camp. It hasn't really caused disruption because we have an international game in just over 24 hours.

"First game in the RDS and it definitely hasn't caused a split in camp.

"I support Cliodhna 100%, we all do. This whole team backs Cliodhna, have her back, she's not alone.

"It's really important we get that point across, that this group is very close-knit, it's very tight and we have Cliodhna's back.

"We want to focus on this game as well, but we have Cliodhna's back, we support her, she's very passionate about this game, we all are, and we all just want the best and put our best foot forward."

Griffin was non-committal when asked if she had faith in Eddy’s position as the director of women’s rugby.

"We're putting all our trust in these independent reviews that our voices will be heard and these findings will be put forward and these changes will be made based on the findings.

"It's independent, it's external, our voices will be heard, everyone is getting talked to. All the voices of the squad will be heard so those changes will take place and should take place.

Friday's game will be the first women's international to be played at the RDS and offers Ireland an opportunity to bounce back from the disappointment of missing out on World Cup qualification earlier this year.

'Deeply discouraged' women's players have 'lost all trust' in IRFU

"Where is the accountability?" Current & former internationals hit out at Eddy