Eric Dier charged by FA as Jose turns to deliveries

Eric Dier charged by FA as Jose turns to deliveries

Eric Dier's excursion into the stand following Tottenham's FA Cup defeat to Norwich City has earned him a misconduct charge.

The Football Association have charged him with a breach of FA Rule E3.

It's alleged that Dier's actions following Spurs' 5th round exit on penalties to Norwich were improper and/or threatening.

The 26-year old vaulted advertising hoardings at the Tottenham Hotspur Stadium and made his way up into the west stand to confront somebody who had been "abusing" his brother.

Eric Dier just came into the stand and had a fight with fan next to me 😱 pic.twitter.com/nMGVcDWegX

Speaking in the days after the incident, his manager Jose Mourinho defended Dier's actions, "If I saw something happening with my son, I'd do the same, I wouldn't think two seconds about it.

Meanwhile, Mourinho is going to act as a part-time gardener and delivery man during the COVID-19 shutdown.

Tottenham have announced that the Portuguese boss will "harvest fresh produce from our Kitchen Garden and deliver it to the food distribution hub in operation at our stadium."

Tottenham Hotspur Stadium is currently being used as a coronavirus testing centre.

From there, the produce is delivered to those identified by Haringey Council as most in-need in their community during the crisis. 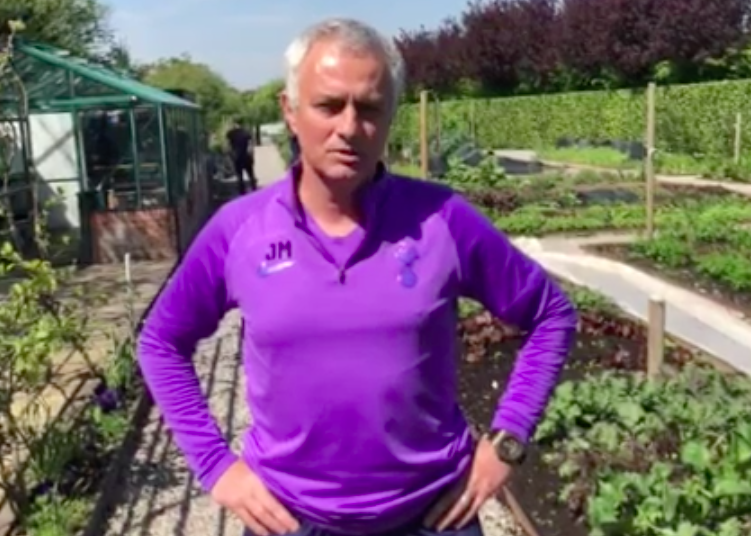 Weekly deliveries will be made of the organic fruit, vegetables and herbs that would ordinarily be served to the squad during the season.

"From next week, I'll be volunteering my time to help out the garden and take this food to the stadium as we fight this pandemic together" Mourinho told the Tottenham website.

"I hope everyone is keeping well", he added, "and of course I would like to thank all our frontline heroes for all the work they are doing to keep us safe at this time."