Rookie midfielder Darren Gavin and the returning Rory O’Carroll are said to be in the running t...

Rookie midfielder Darren Gavin and the returning Rory O’Carroll are said to be in the running to start Dublin’s first Championship game of 2019.

The Dubs begin their quest for a fifth successive All Ireland title with a Leinster quarter-final against Louth in Portlaoise on Saturday.

The Sam Maguire holders head into the summer off the back of a difficult spring. A disappointing Allianz Football League campaign has left manager Jim Gavin with plenty of selection options to weigh up as he looks to kick start the drive for five. 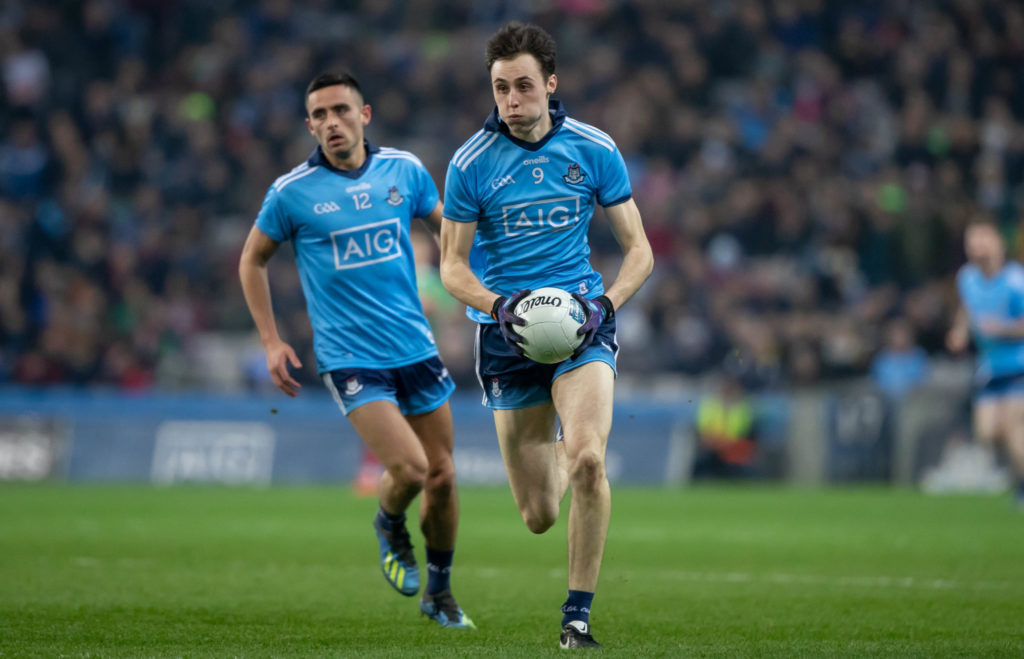 Darren Gavin made a big impression during the League. The Lucan Sarsfields player made his first senior appearance from the bench against Galway at Croke Park. He started the games against Kerry, Mayo, Roscommon and Cavan and is now tipped for a Championship debut.

O’Carroll hasn’t featured for Dublin since the 2015 All Ireland final win over Kerry. The two-time All-Star is back in the fold following a return from New Zealand. He was drafted into the inter-county set up following a pair of accomplished displays for Kilmacud Crokes in the Dublin Championship in April.

The Dubs have not utilised a traditional full back since O’Carroll’s departure. That has led to suggestions that they can be exploited under the high dropping ball.

Cormac Costello is another name that could make the starting XV. The Whitehall Colmcille forward has gained the tag of super-sub since making his Championship debut in 2013. The argument for Costello to get an opening berth look strong following man of the match performances in the Division 1 games against Galway and Mayo.

Few expect Louth to pose much of a threat to Dublin’s All Ireland ambitions at O’Moore Park this weekend, but the team selection could shine on a light on Jim Gavin’s thoughts for the summer ahead.