Dublin to face Tyrone and Waterford in Ladies Football Championship

Reigning champions Dublin have been pitted with Tyrone and Waterford in the round-robin phase of ...

Dublin to face Tyrone and Waterford in Ladies Football Championship

Reigning champions Dublin have been pitted with Tyrone and Waterford in the round-robin phase of the 2021 TG4 All-Ireland Ladies Senior Football Championship.

The draws were conducted at Ceannáras TG4 in Baile na hAbhann on Thursday evening with the five-in-a-row chasing Sky Blues handed a spot in Group C of the pool stages.

For the third year in a row, Dublin and Waterford will face off in the group stages of the TG4 All-Ireland Senior Championship.

Elsewhere, Cork, the 2020 runners-up, have been drawn with Munster rivals Tipperary, who they play in the opening round of the 2021 Lidl National League on Friday evening, and 2020 TG4 All-Ireland Intermediate champions Meath in Group B.

In Group A, the only four-team group in the competition, there are three Ulster counties drawn together, namely 2020 semi-finalists Armagh, Cavan and Monaghan. 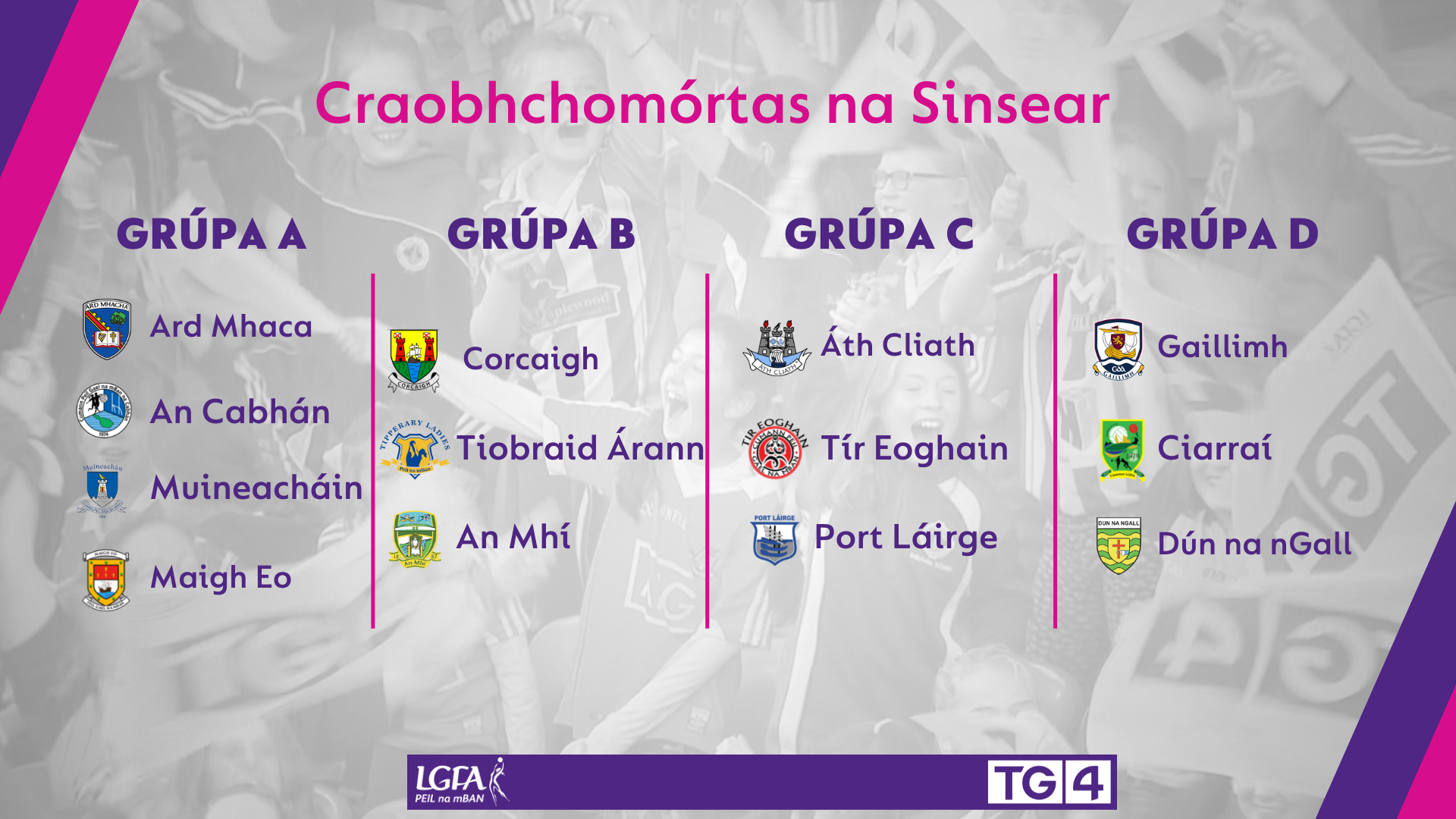 The Ulster trio will be joined in Group A by Mayo, who commence their 2021 Lidl National League campaign against Connacht rivals Galway on Saturday evening.

Group D, meanwhile, contains 2020 semi-finalists Galway, who are joined by Kerry and Donegal.

Two teams from each group will progress to the TG4 All-Ireland quarter-final stage, while Dublin, Cork, Galway and Armagh, the 2020 semi-finalists, were seeded for the 2021 senior draw.

In the Intermediate Championship, 2020 runners-up Westmeath will be looking to go one better in this year’s competition. 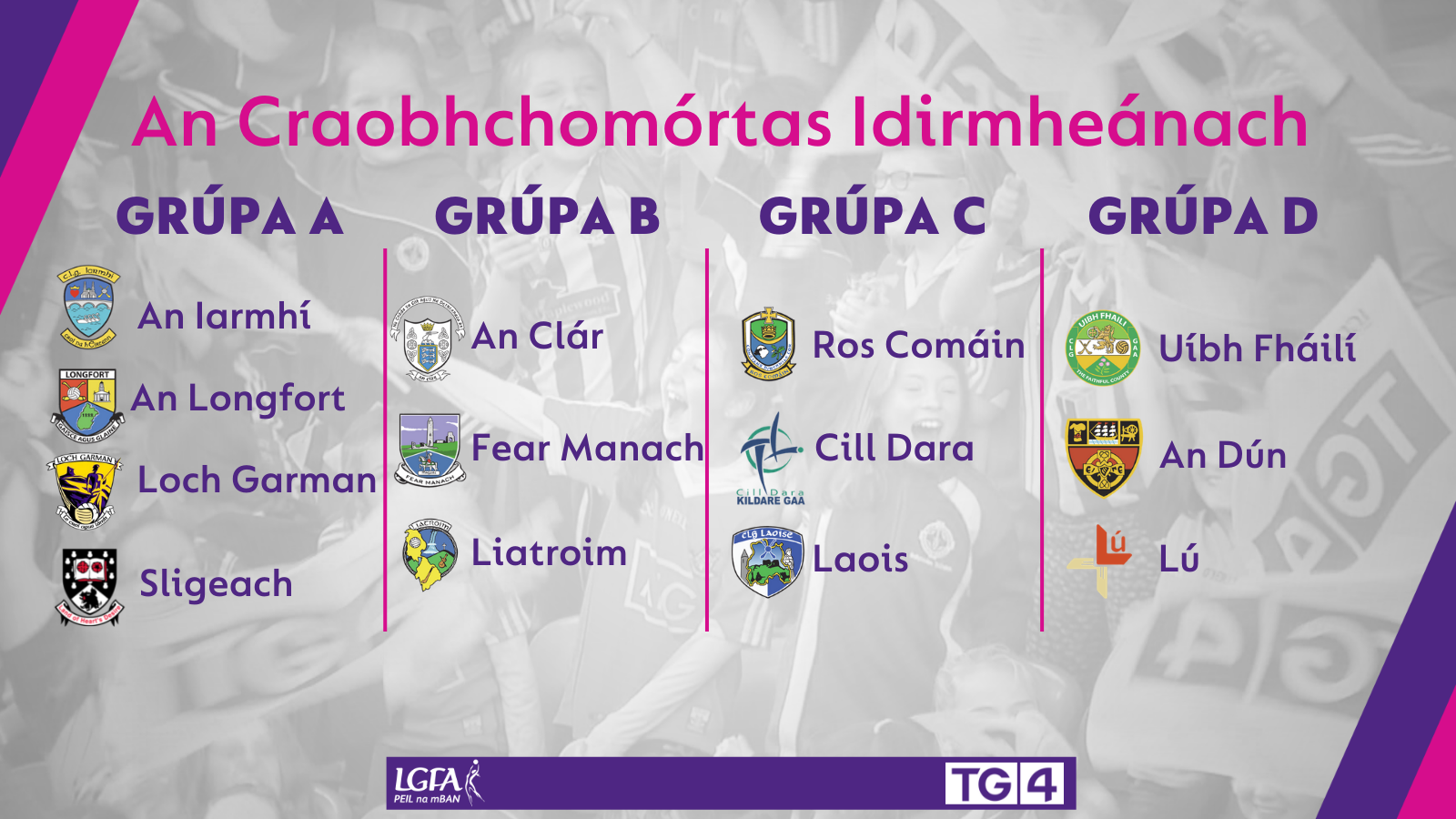 The Lake County have been pitted with Leinster rivals Longford and Wexford in Group A, with Sligo making up the four-team group.

In Group C, 2020 semi-finalists Roscommon have been drawn with Leinster neighbours Kildare and Laois, while Group D contains Offaly, Down and Louth.

Two teams from each group will progress to the TG4 All-Ireland quarter-final stage, while Clare, Westmeath and Roscommon, the 2020 semi-finalists, were seeded for the 2021 Intermediate draw.

Antrim, Carlow, Derry, Limerick and Wicklow, the 2020 runners-up, make up a five-team group in the TG4 All-Ireland Junior Championship, with the top four teams to make up the last four of the competition.

The 2021 finals will mark the 21st anniversary of the long-standing partnership between the LGFA and TG4, while the dates for the 2021 TG4 All-Ireland Ladies Football Championships will be confirmed in due course. 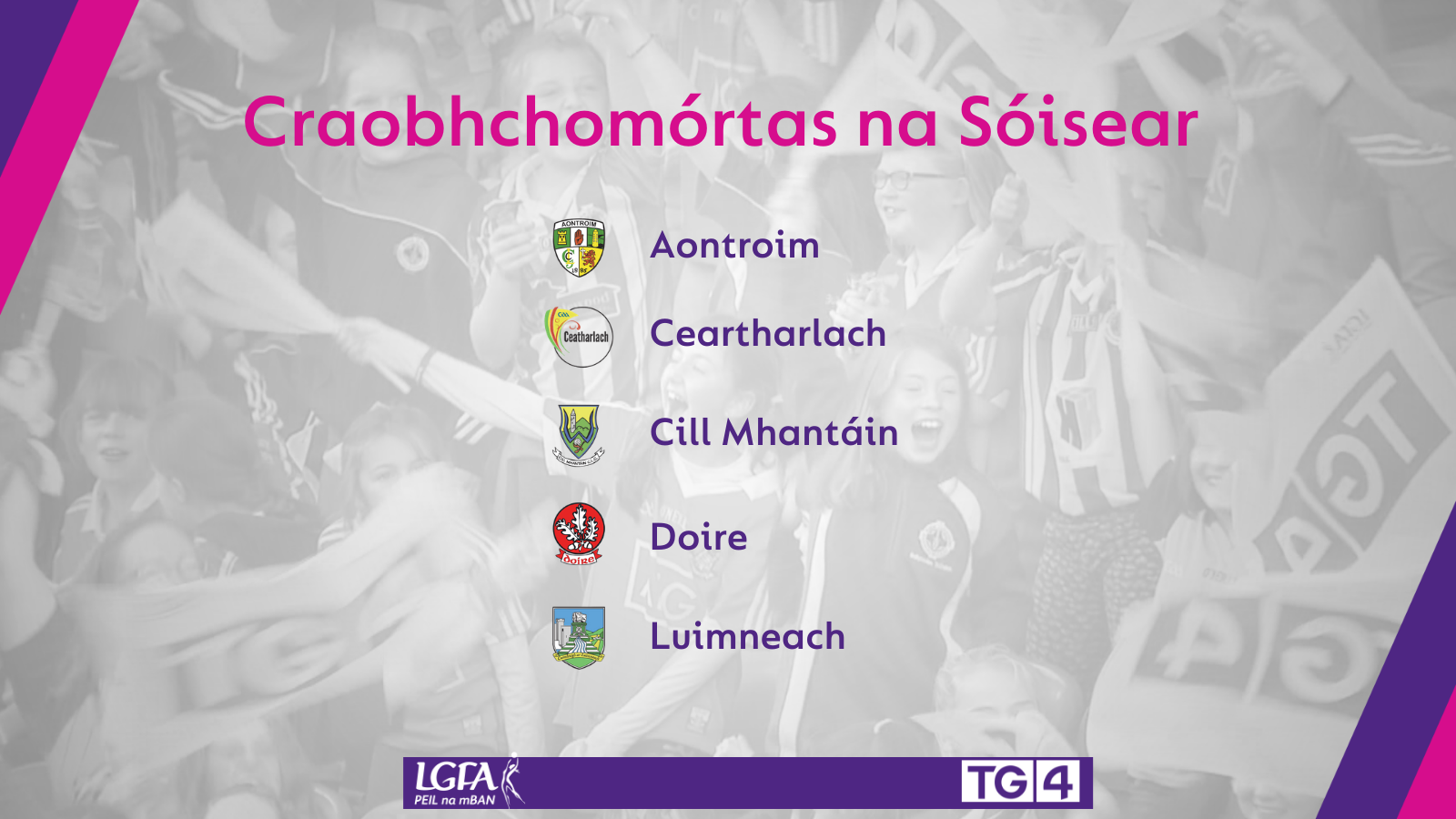 Five team group with top 4 to progress to semi-finals: