Cork City have completed the signing of midfielder Cian Coleman.  The 22-year old is a product o...

Cork City have completed the signing of midfielder Cian Coleman.

The 22-year old is a product of City's youth system before leaving for Cobh Ramblers in 2017.

Coleman's also had a season at Limerick FC and spent last term with St. Patrick's Athletic for whom he made 20 SSE Airtricity Premier Division appearances in the 2019 season.

In what could be a busy off-season for the Leesiders, Coleman is their first arrival and told the Cork website, "I’m delighted. I spent a few years away to try and get first them football but I’m back now and I’m delighted and I’m ready to go." 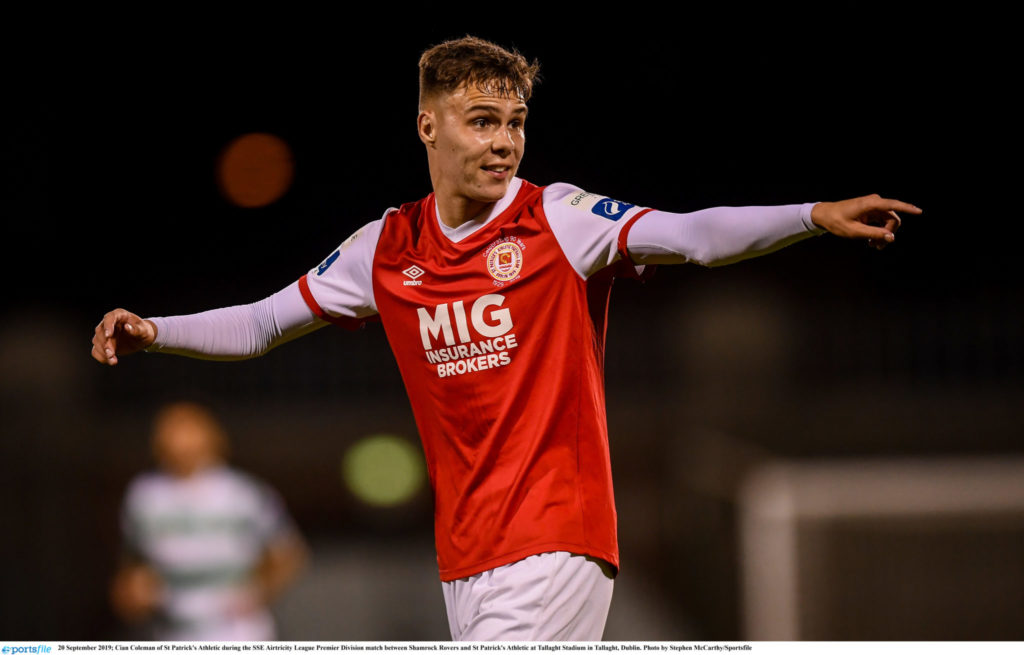 Coleman made his name as part of the Cork U19 side that beat HJK Helsinki in the UEFA Youth League in 2016 before succumbing to Roma.

City manager Fenn says Coleman will add some dynamism to the squad, "We’re delighted to have Cian on board. He’s a young player that I’ve admired since my time at Longford, when he played against us for Limerick.

"I’m delighted that we managed to sign him. He’s going to bring energy in midfield, physicality and he’s got quality as well.

"I’m sure that the fans know him, he’s been here before as a youngster so it’s great for the club that we could get him back."