The 1999 FIFA Women's World Cup winner joined me on Team 33 to discuss her career.

But we finished by touching on the current debate which has been sparked in the early stages of the current World Cup.

Chelsea head coach Emma Hayes raised the issue in a column for The Times. But Scurry feels in the overall push for equality, there needs to be equality in all facets.

You can listen to the full interview with Briana Scurry below, here or stream/download on iTunes:

"I actually read [about the debate] and I laugh out loud," said Scurry, adding that it was "ridiculous".

"I mean, I get [Emma Hayes'] argument but I don't agree with it.

"At this point, if you want equality [in the women's game], you have to have equality." 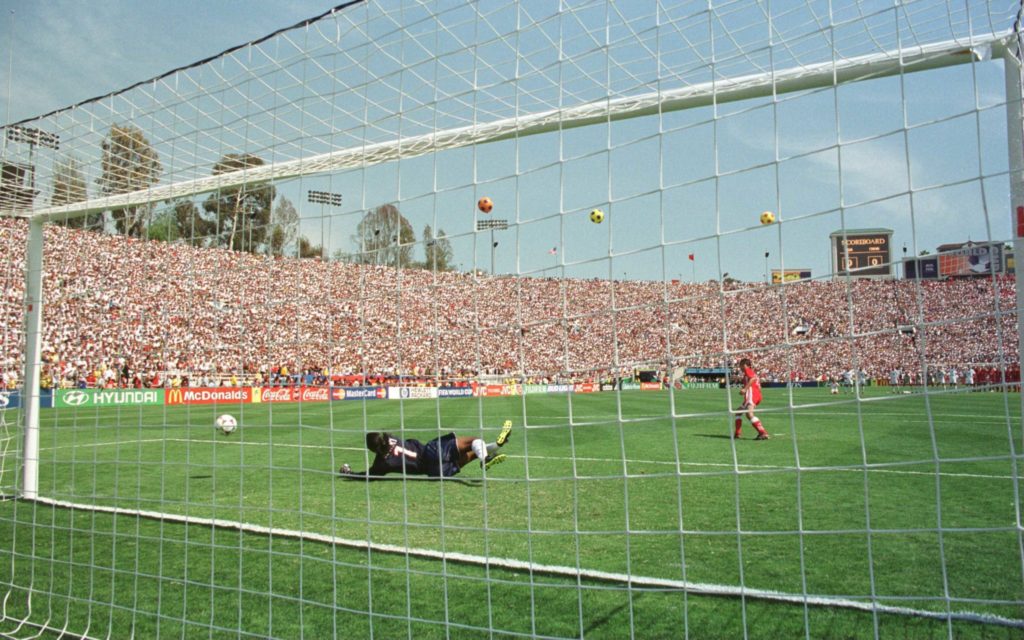 Scurry also looked back on her pivotal save in the 1999 World Cup final. The game against rivals China had gone to penalties and both sides were decisive from the spot.

Only one penalty was missed and that's where Scurry comes in. Liu Ying stepped up to take the third Chinese kick and Scurry broke the habit of a lifetime.

"My method of operation in a penalty kick shootout is I don't pay any attention to anything except for what I could control," she explained.

"So I wasn't paying attention to my team-mates kicking. I didn't face them and I had my back to them and I only knew they had made a kick if the crowd responded in a certain way.

"If they made it or missed it. I had complete faith in them that they were going to make their kicks. So I was really just focusing on what I had to do.

"The first two [China] kickers, I normally don't watch anything that they do until I get in the goal and get ready to attend to the situation of where the ball is and where the player is going to kick it.

"For whatever reason, call it divine intervention, call it instinct, call it being in the zone. But for some reason, I understood the connection between myself and her and this was the one I was going to save."

In the full interview, Scurry explained how concussion ended her career in 2010 and how she got into soccer aged 12.