Even without several thousand supporters cranking up the atmosphere, Stephen Bradley insists that...

The last time his Shamrock Rovers side clashed with Bohemians at Tallaght Stadium before the pandemic, in the 2019 season, there was a record 7,021 in attendance to see the Hoops claim a 1-0 win which ended an eight-match hoodoo against their bitter rivals.

They met again at a sold-out Dalymount Park at the start of last term to see another 1-0 Hoops win, before last September's behind-closed-doors clash in Dublin 24 which ended with the same result, and Bradley felt the players showed that they can still get up for the big one in the capital.

"I think that's natural between two good teams and rivals in a derby," said Bradley ahead of tomorrow night's visit of Bohemians in the Premier Division.

The supporters feel the same, watching on their televisions and devices is a frustrating experience and nowhere near as exhilarating but it is the fixture that both sides of the divide looked out for when the 2021 SSE Airtricity League fixtures were released.

"Not for players or staff," replied Bradley, when asked if Bohemians is the first name they look for on the fixture list.

"We concentrate on the next game and like any game, it's about concentrating on the next one and being ready to play and win it. I'm sure the fans look for the derby straight away but for players and staff it's all about the next opponent." 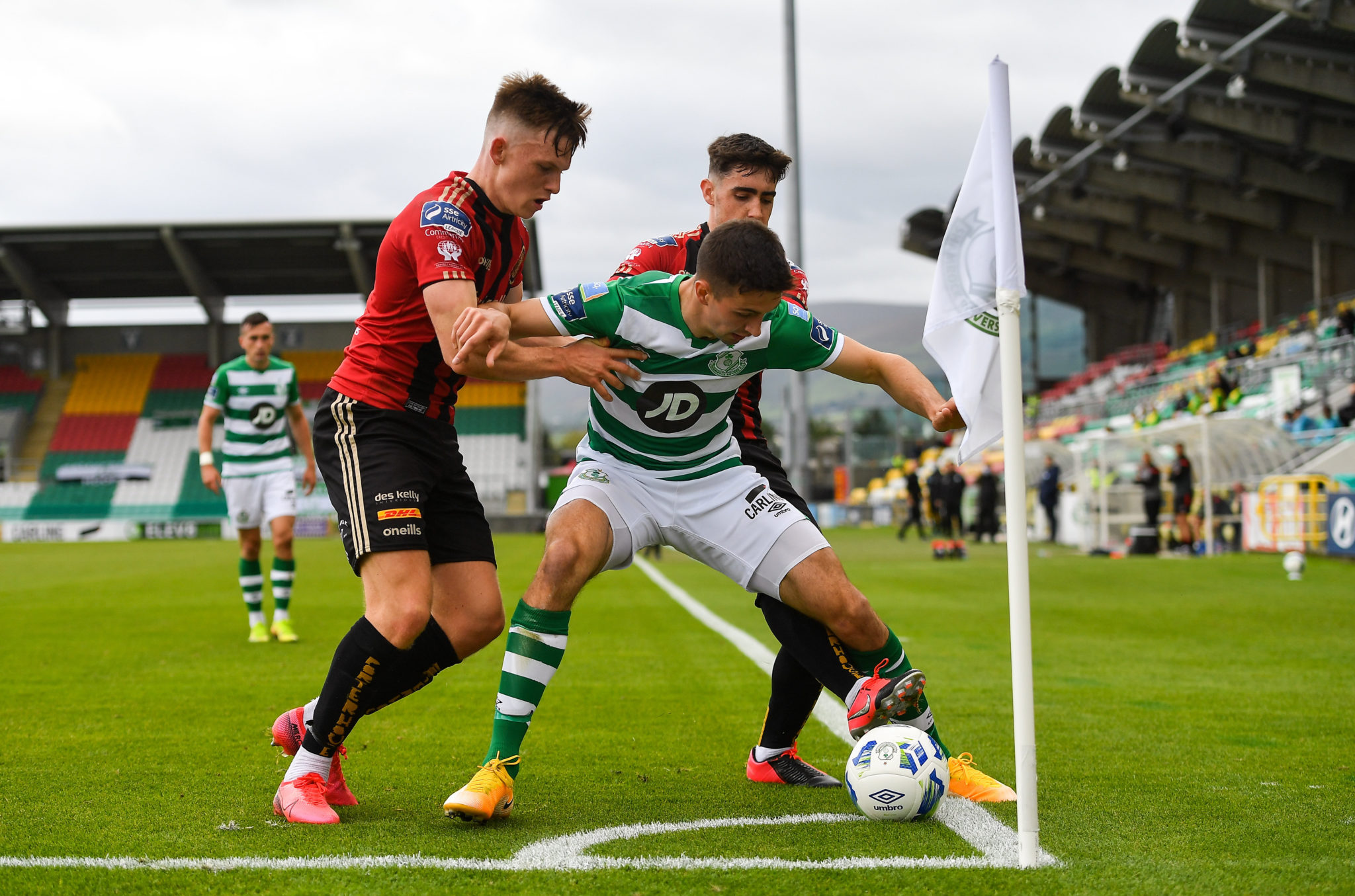 5 September 2020; Neil Farrugia of Shamrock Rovers in action against Andy Lyons, left, and Dawson Devoy of Bohemians during the SSE Airtricity League Premier Division match between Shamrock Rovers and Bohemians at Tallaght Stadium in Dublin. Photo by Seb Daly/Sportsfile

The 36-year-old was impressed by Bohemians last Tuesday night, despite them losing 3-1 at home against Sligo Rovers, which he described as an 'even and competitive' match.

On the same night, and for the second match in succession, Rovers bagged all three points with an injury-time goal away to Drogheda United.

It was Longford Town the week before and they have also nicked draws with goals at the death against Sligo Rovers and St Patrick's Athletic.

"I think [the players] have shown that over a period of time," said Bradley. "They believe in what we do and they don't stop believing until the final whistle is blown.

"They keep probing and keep looking for the opening and it takes a lot of courage and bravery to do that because you can get sucked into just kicking it long when it comes to the latter stages of the game. But the players don't, they keep probing and they get their rewards."