Bohemians captain Derek Pender feels the club's journey from a nadir to continental qualification as "amazing".

The Dublin club secured European football for the first time in seven years on Friday night after a 0-0 draw with St Patrick's Athletic.

It's another sign of Bohs' progress and that European absence almost spans all of Pender's career at the club.

The 35-year-old joined Bohemians in 2011 at a time when the club was at a relative low point.

"I speak to the volunteers at the club and even some of the directors and that was probably the lowest point the club's ever been in that winter I signed," he recalled.

"When you look back to then and obviously the turnaround is unbelievable really. The journey has been amazing, how the club has built year-on-year.

"It's just got bigger and bigger and it's great behind the scenes. They're doing the right things and Keith [Long]'s done an unbelievable job." 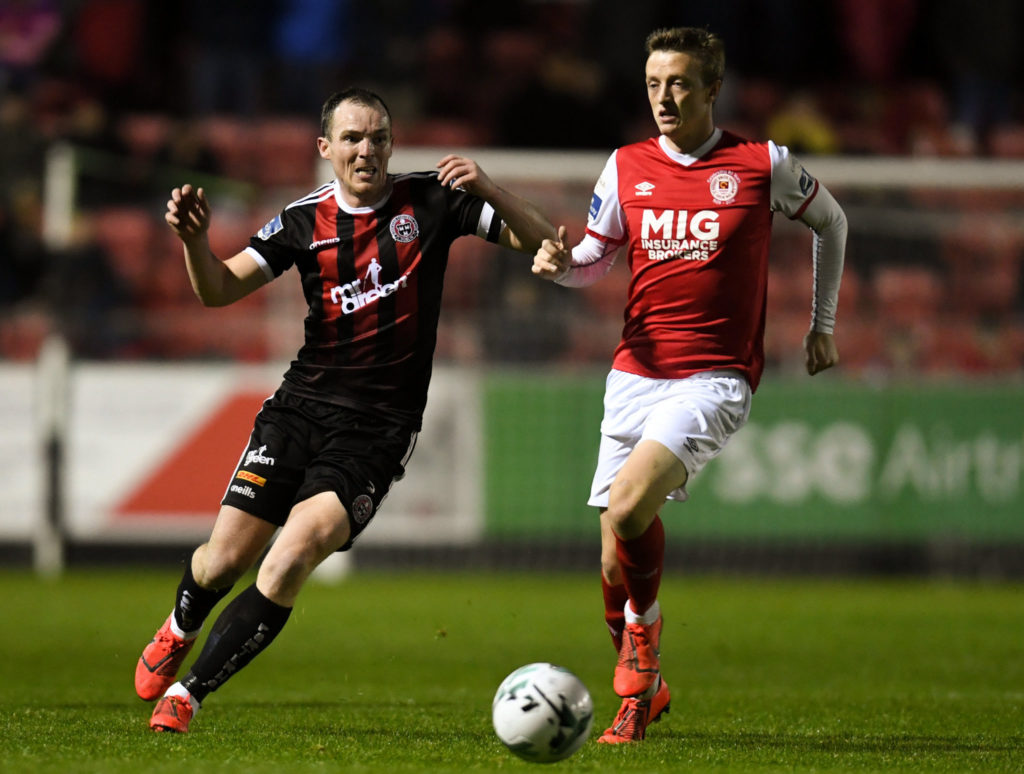 That work on the pitch has been married to progress off-the-field in a myriad of ways. Bohemians have put great store in community outreach and other projects which have paid dividends according to Pender.

"It's huge. You just have to come to Dalymount now on a Friday night and see," he said.

"I'm sure people who haven't been to Dalymount in a while, or used to go in the past when the good times were there, if they come now, they'll see the difference. We're sold out nearly every week. It doesn't matter who we play, whether it's Rovers or anybody else. Every week, there are people asking for tickets - it's unbelievable.

"It's the community and the marketing side of things that the lads are doing behind the scenes. It's brilliant. Obviously, it helps that we've done well this year, that people are coming to see us. But the atmosphere is brilliant and long may it continue."

But what of Pender's own future at the club? Is he planning to stay next season and play European football at the age of 36?

"I'm not sure, to be honest. I'm going to speak to Keith this week and see what the plan is and where we go," he said.

"But I don't know, to be honest with you. It would be great but I have to look after my body as well. You don't see me on a Saturday or Sunday morning after games."

He added that "it's a big commitment but worth it when you have the likes of the season that we've had now".

You can listen to the full interview as a podcast here: