Keith Wood says he has been trying to limit bad news and fake news stories, as the country gets t...

Keith Wood says he has been trying to limit bad news and fake news stories, as the country gets to grips with the effects of the coronavirus outbreak.

The former Irish captain joined Joe Molloy on Wednesday Night Rugby to discuss the situation in rugby and the financial implications for the IRFU and provinces, although the impact away from sport has taken precedence understandably.

Gardening and exercise have been high on the agenda in the Wood household during the down-time so far, with studying not to be forgotten either.

"We're fairly locked-in. I normally fly pretty much every week, I'm in the UK most weeks, in the US once a month so I travel quite a lot. All that's obviously gone.

"So we've taken a view of 'the world is crazy, let's deal with what we can deal with at the moment.' I've three teenage boys so you have to give them an element of structure and discipline and fun and all those sorts of things.

"The first day or two took a little bit of an adjustment, but we have a routine now. My eldest is doing his Leaving Cert who has to study every day, I've one guy in TY [Transition Year] who wants to do absolutely nothing every day, and I've a younger guy as well who has to have some reports in over the next week."

Wood lives in rural Clare, with the impact of the current closures of businesses in his village of Killaloe as harsh as anywhere.

"It's devastating... you see every pub closed, The Lakeside Hotel is closed, all the cafés are closed, there isn't a huge amount on, and rightfully so.

"But you know that most of these businesses have never fully recovered from the recession, they're pretty much living by cash-flow, a delay or breakdown for weeks or months has a huge impact.

"We've a tough time ahead, it's [about] trying to do whatever you can do yourself, and try and stay safe, be safe, and if at possible ring people. You never know if they're under pressure or not, you never know until you have a conversation with them. I spend part of every day just picking up the phone to different people."

The news and constant stream of death toll and numbers affected could take its toll on anyone, and Wood says he is trying to limit what he reads , sees, and hears. 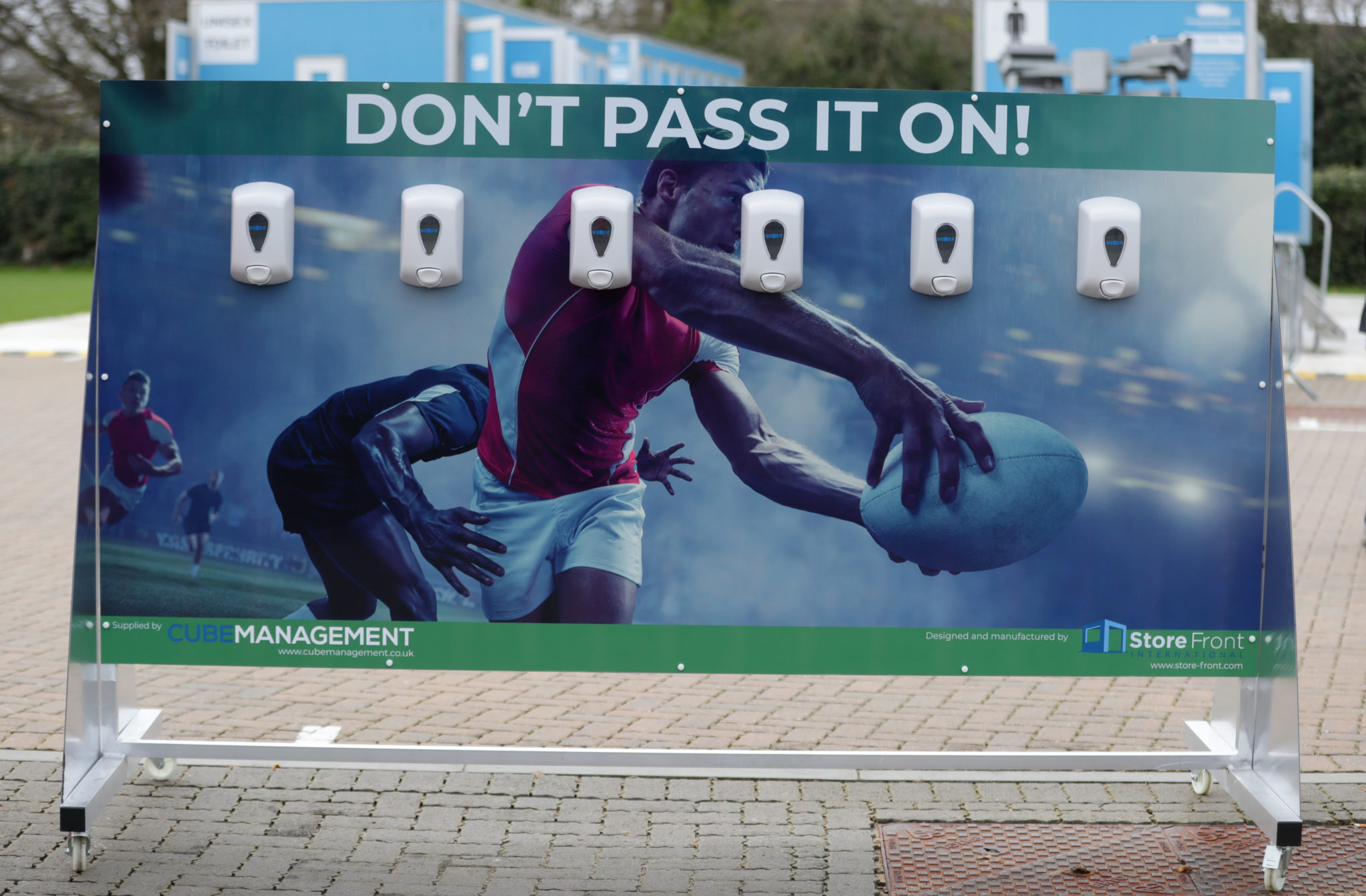 "You know I'm not a social media person... so I'm not getting any of the fake news. I've no idea what's going on there.

"My kids are, my wife is to a degree, I'm forever giving out to all of them for being on social media too much. But now it's their only ability to keep in contact with their friends.

"In terms of the new I'm trying to limit it... some of that information is far too real to want to have every moment of every day.

"I've read the information in the morning because I don't want to be thinking of this stuff at night-time. If anything is serious and important, I'll know, it'll get to me somehow."

The former Munster man did suggest that the IRFU could be in a better position than some other sporting bodies given its control of its own teams.

"I think we're all exposed, there's an argument to sport that it's an irrelevance. And it is great because it means nothing.

"The IRFU is in fairly decent financial shape, that's a big plus. However, they also have to carry four teams. If you look at England... the teams are on their own. That's tough for them [the IRFU]. 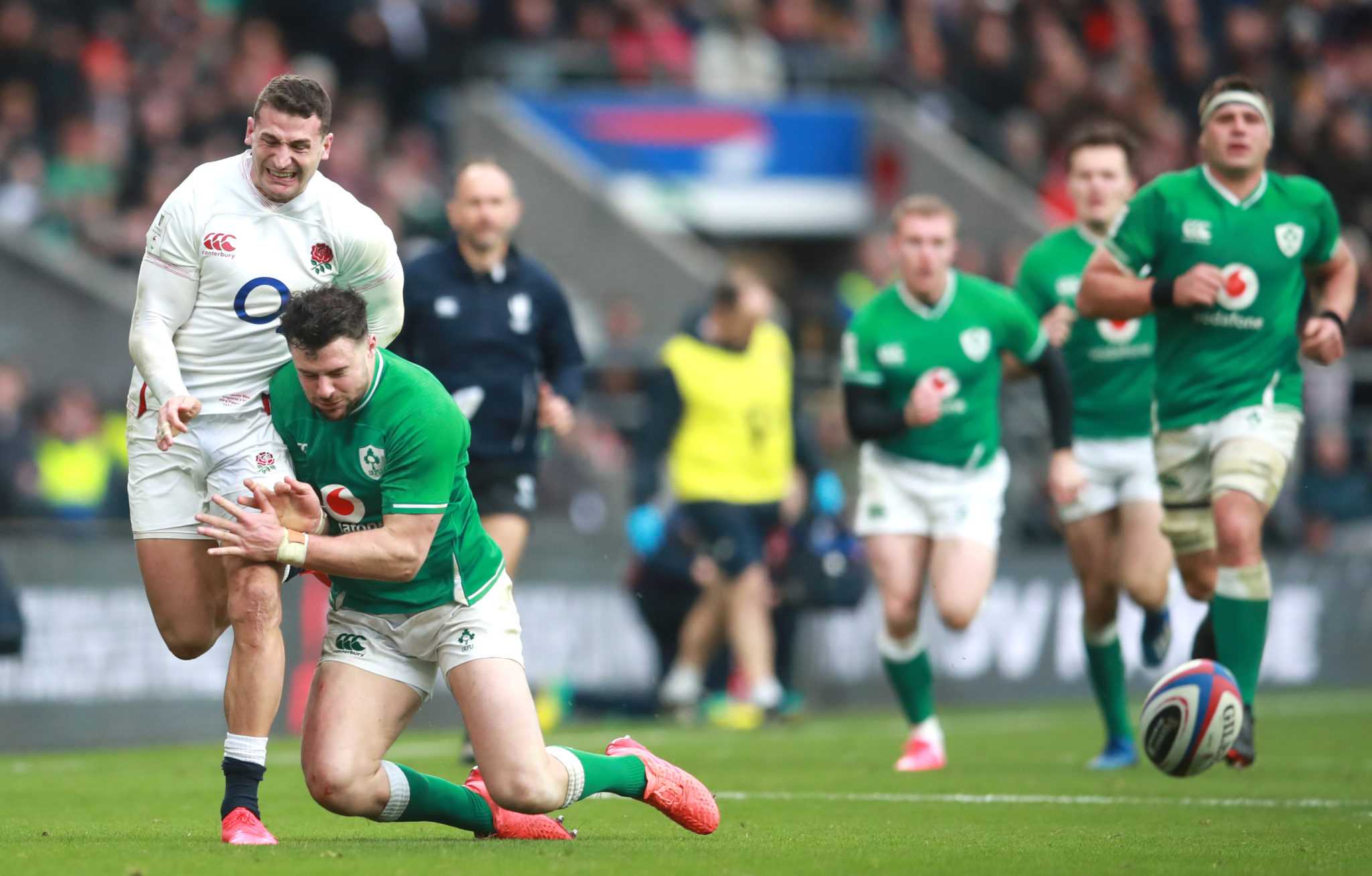 England's Johnny May (left) is tackled by Ireland's Robbie Henshaw during the Guinness Six Nations match at Twickenham Stadium, London.

"I still think it puts Ireland in a stronger position, they're in control of their own destiny.

"For me the most important part is Ireland get back to playing their matches, because international matches fund the game in Ireland. They are the absolute cash-cow for Irish rugby.

"I can tell you that the provinces would have been looking at the CVC money from the PRO 14, and saying 'this is fantastic, this can put us into a good financial position.

"When something like this happens you end up having a re-appraisal of a whole variety of different elements. What will the new rugby landscape look like? I don't know what that looks like, but it needs to fit into a model where it is able to stack up financially, and it doesn't."

The schedule of the Champions Cup, Six Nations, and PRO 14 will all undoubtedly come into greater focus later in the year, but Wood suggested that perhaps the season could be decided by play-offs based on current table positions.

"You could look at the present placings, it's unfair, but nothing is fair in this situation, and maybe you have play-offs at the end of it and see what happens. As opposed to playing out the remaining number of games in it.

"There's no slots for them to fill in, the season is ludicrous anyway. If you look at American Football it's 16 weeks for a regular season, it's 3 times that pretty much in rugby. I don't know whether that is fully sustainable."

'On the lips!' | O'Gara and Stringer discuss Munster's kiss and make up policy