Liverpool came out on top in a thrilling Merseyside derby and also sent Everton into the Premier ...

Liverpool came out on top in a thrilling Merseyside derby and also sent Everton into the Premier League's bottom three.

The league leaders saw off the Toffees 5-2 to restore their eight-point advantage over Leicester City.

However, Jurgen Klopp's side made it 3-1 through Origi before Sadio Mane extended that advantage just before half-time.

But Everton put themselves back in with a chance of a comeback as Richarlison netted in first-half stoppage time.

The second-half wasn't quite as thrilling as the first '45. But Gini Wijnaldum scored a fifth with a precise low finish on 90 minutes.

The win maintains the Reds' momentum and restores their advantage over Manchester City to 11 points.

Jose Mourinho's Tottenham came up short against a Manchester United side managed by his immediate successor at Old Trafford.

Marcus Rashford gave Ole Gunnar Solskjaer's side a 1-0 lead after just six minutes, beating Paulo Gazzaniga at his near post.

But a brilliant bit of individual skill in the Man United box from Dele Alli had Tottenham level. Mourinho has transformed the midfielder's form since arriving in North London and Alli rewarded him with a flick and finish past David De Gea. A VAR check briefly put the goal in doubt for a potential Alli handball. But ultimately, there wasn't enough in it for the officials to rule it out. 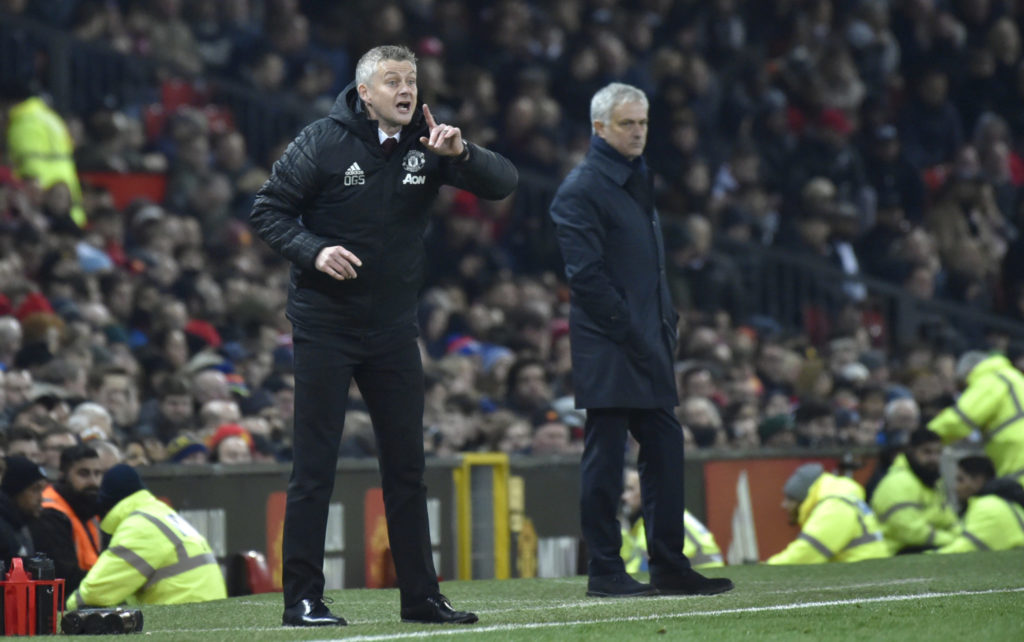 However, United would re-take the lead four minutes after half-time as Rashford converted a penalty. Solskjaer's side held onto that lead as the 2-1 win pushed them back into the European places.

Meanwhile, Leicester returned to second place in the Premier League table. Brendan Rodgers' side saw off bottom-of-the-table Watford 2-0 at the King Power Stadium.

Movement at the bottom 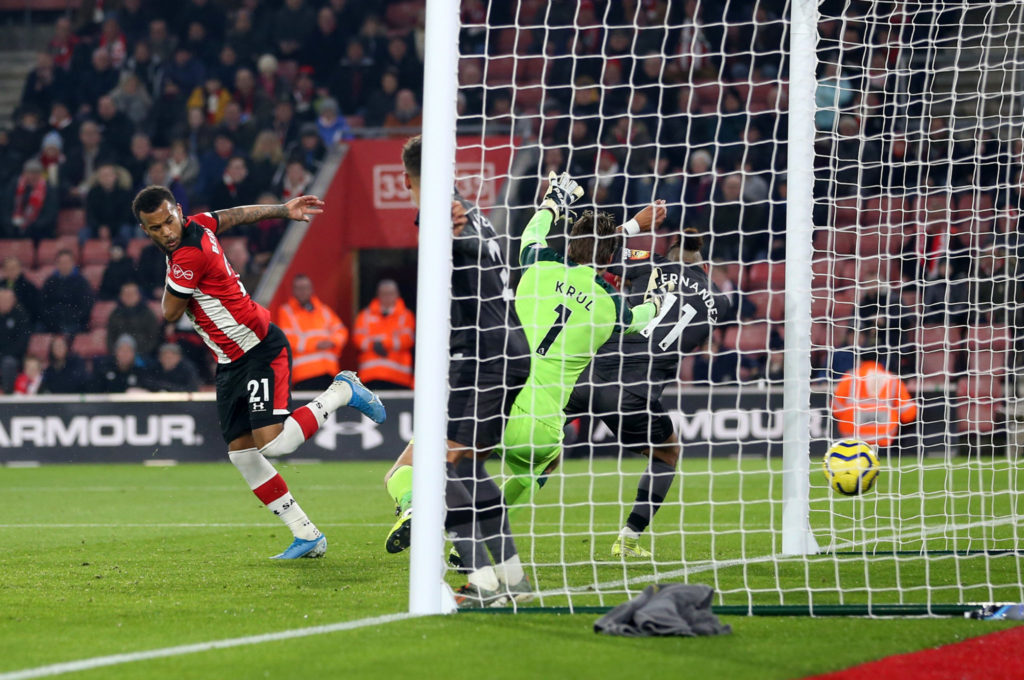 Southampton's Ryan Bertrand scores his side's second goal of the game during the Premier League match at St Mary's, Southampton.

Elsewhere, Chelsea put their West Ham setback behind them to beat Aston Villa 2-1 at Stamford Bridge.

Academy products Tammy Abraham and Mason Mount got the Blues' goals either side of Trezeguet's 41st minute goal.

West Ham, however, suffered a 2-0 loss at Wolves. Leander Dendoncker and Patrick Cutrone scored the goals to put the pressure back on Hammers manager Manuel Pellegrini.

Southampton climbed out of the bottom three at Everton's expense after a second home win in a row.

The Saints beat Norwich 2-1 to go 17th in the table. Top scorer Danny Ings and Ryan Bertrand's second from a Shane Long assist put them in control.

Teemu Pukki pulled one back for the Canaries but Southampton held onto their advantage.