A UK Government document outlining the potential impact of a no-deal Brexit warns that Downing Street’s plans avoid a hard border in Ireland are “unsustainable.”

The Operation Yellowhammer document, officially released last night, warns that no-deal could lead to shortages of food and medicine across the UK as well as queues at ports and "significant" rises in electricity prices.

In the North, the British Government expects businesses to be forced to close due to severe trade disruption on goods crossing the border.

It is also planning for disruption and job loss in key sectors – resulting in protests, direct action and road blocks.

The documents also warn of the potential for a “rise in public disorder and community tensions” across the UK. 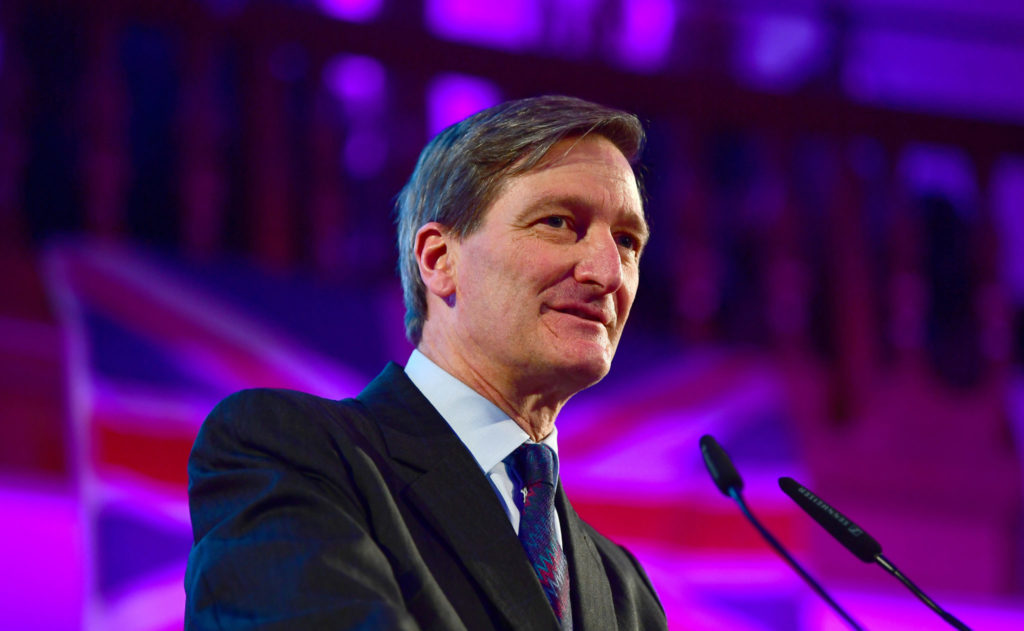 When the Yellowhammer document was leaked a few weeks ago, it was labelled as the 'base analysis' of a no-deal outcome - or what the UK government thought would actually happen.

When it was released last night it was entitled “reasonable worst-case planning.”

On Newstalk Breakfast, the former UK Attorney General and Conservative MP Dominic Grieve said this week’s suspension of Parliament will make it difficult to find out why.

“Yes I was fascinated by that and of course if Parliament was sitting we could ask the Government how that tile came to be changed,” he said.

“But of course as we are not sitting we can’t.”

He said yesterday’s Scottish court finding that the prorogation was unlawful, shows that the British government was “not forthright and honest” in its reasons for seeking it.

The case will now move forward to the UK Supreme Court next week and Mr Grieve said, regardless of what the court finds, the facts of the matter will not change.

“Some of us have been insisting for quite some time that the Government had not behaved properly in relation to suspending Parliament and I think the evidence that is now emerging is pretty clear on that” he said.

Mr Grieve, who lost the Conservative Party whip after he voted in favour of legislation blocking a no-deal Brexit, insisted he still has “great affection” for the party – but does not expect to bury his differences with party leadership any time soon.

“I don’t recognise the party at the moment at all,” he said.

“It is behaving in a thoroughly un-Conservative fashion and showing a total inability to understand that, if it continues along its current course, it is not only going to fail in the sense of achieving the Brexit the prime minister is aiming for on October 31st – but it is going to smash up our institutions and out Constitution on the way.”

The Yellowhammer document says the UK will implement a “no new checks with limited exceptions” model on the border on Day One after Brexit – but warns that this “is likely to prove unsustainable due to significant economic, legal and biosecurity risks.”

It said the UK cannot effectively mitigate against this on its own.

It said the disruption to trade will see some businesses closing or relocating to avoid paying new taxes – which will “make them uncompetitive” – or to avoid the risk of trading illegally.

The UK Government expects the businesses that do remain open to experience higher costs, which will be passed on to the consumer.

It said disruption to key sectors and job losses “are likely to result in protests and direct action with road blockages.”

Meanwhile, price differences will lead to an expansion of the black market.

“This will be particularly severe in border communities where both criminal and dissident groups already operate with greater threat and impunity,” it said.

Mastercard to create 1,500 new jobs in Dublin with creation of technology hub

Penneys warns of potential supply shortages due to the coronavirus

Mastercard to create 1,500 new jobs in Dublin with creation of technology hub

Penneys warns of potential supply shortages due to the coronavirus

Almost 60,000 households set to be billed for excess water usage