We need a “moon-shot” effort on an international scale to prevent climate catastrophe - Robinson.

We need a “moon-shot” effort on an international scale to prevent climate catastrophe, Mary Robinson has told Newstalk Breakfast.

The former President of Ireland was speaking after the latest UN Intergovernmental Panel on Climate Change called for 'deep and immediate' reductions in the use of fossil fuels to ward off disaster.

The report warns that the world is facing a “now or never” moment – noting that we now have less than three years to halt the rise of emissions and less than a decade to cut them in half.

Failure to do so will mean our children can no longer look forward to a liveable future.

“It’s now or never, if we want to limit global warming to 1.5°C (2.7°F).” – #IPCC Working Group III Co-Chair Jim Skea on the release of IPCC’s latest #ClimateReport on the mitigation of #climatechange.

On Newstalk Breakfast this morning, former President Mary Robinson said the warnings have been very consistent for many years and we have no choice but to act immediately.

“What is absolutely factual is we have a very stark time - a now or never dash if you like - to a low-carbon economy and society,” she said.

She said the challenge facing the world now is like the challenge the US set itself in the 1960s – to land on the moon within eight years.

“It is absolutely, really a giant shift to clean energy,” she said. “A moon-shot I call it.”

“We have eight years now and we have to do that switch.”

“Emissions reduction to address #climatechange would need to be on the scale seen in the pandemic year after year, but in contrast with the adverse impacts of the pandemic, the options can actually improve quality of life.” – #IPCC Working Group III Vice-Chair @DianaUrge pic.twitter.com/cffTlThqxG

Ms Robinson said Ireland has to move towards greener energy six times faster than it currently is.

She agreed that the actions that are needed will be expensive – but warned that failure to spend now will leave our children without a liveable future.

“What I am saying is, it’s worth it because it’s our children’s money and if we don’t pay it, our children will not have a liveable future.

“I hope every parent and grandparent hears that.” 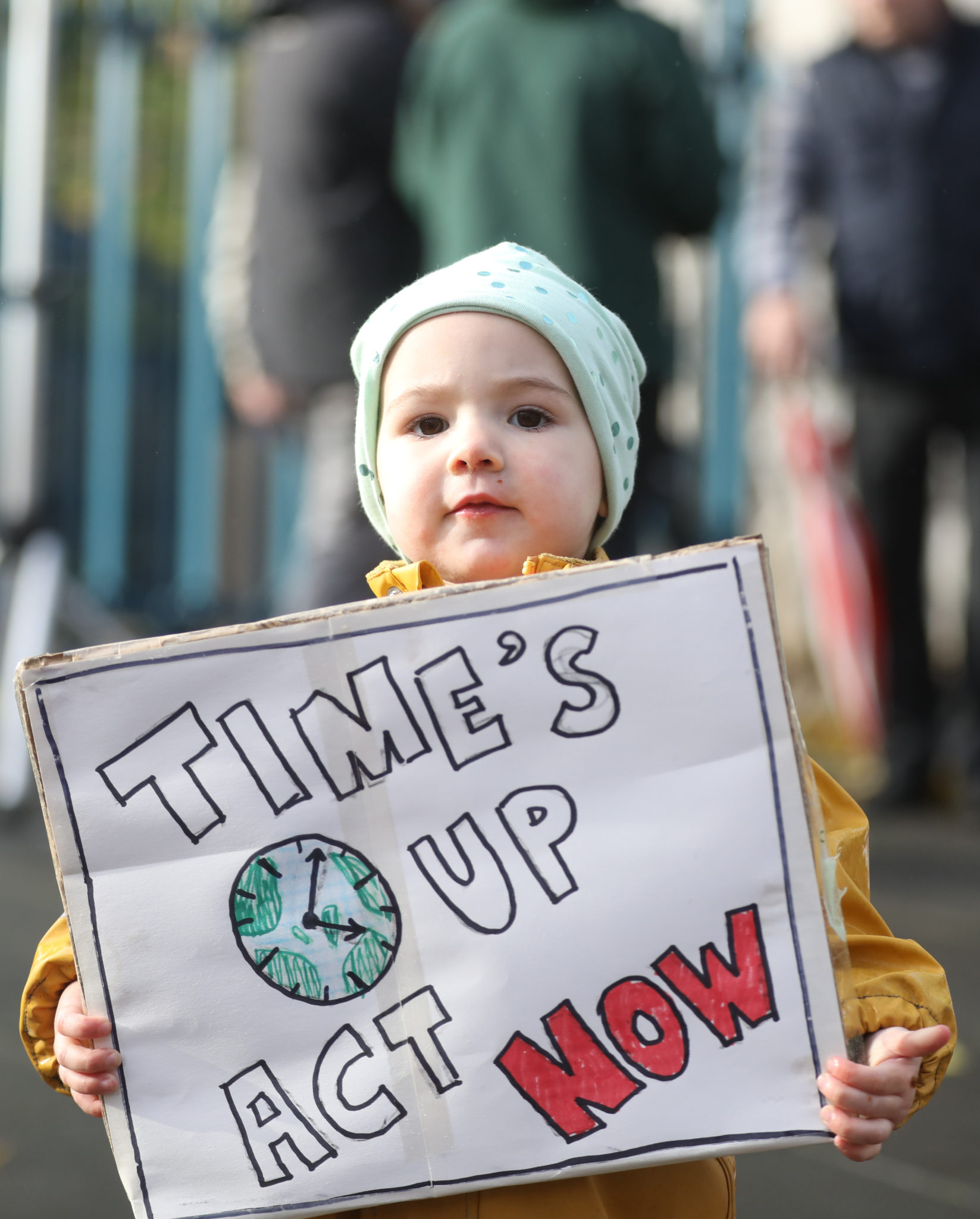 The former president moved to remind people that there are huge benefits to green spending both in the short and medium term.

“It will be a much better world,” she said. “We must think of the upside.”

“It will be a much healthier world because we won’t have the fossil fuels that cause so many deaths around the world, indoor and outdoor, through pollution.

“We will have a greener world, greener cities and better countryside.

“Remember during the early days of COVID, when the air was clearer and we heard the birds singing, we all regrouped with nature suddenly. That will happen much more.

“We need people to see this not just as something that is going to be personally painful. On the contrary, if we can get really serious about it, our lives will be much better.”